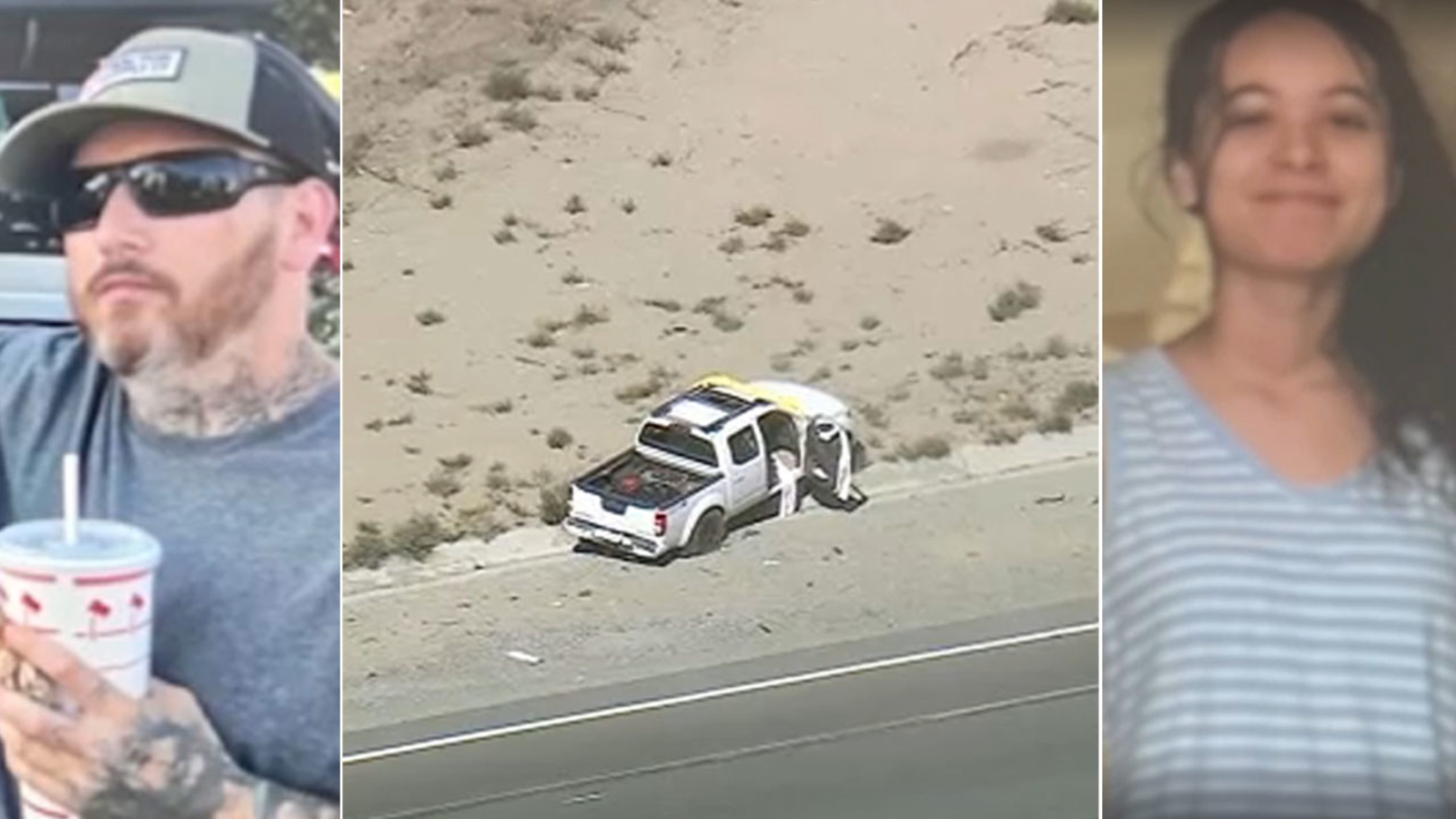 HSPERIA, Calif. (KABC) — A man who was accused of killing his estranged wife in Fontana and abducting their 15-year-old daughter with the teenager out of his pickup truck and hotels for weeks before the violence, authorities said.

Anthony John Graziano and his daughter, Savannah Graziano, were killed Tuesday in a shootout with law enforcement on a highway in the high desert after a 45-mile chase. The girl, wearing a tactical helmet and military-style vest that can hold armored plates, ran toward deputies amid a hail of gunfire. Authorities are investigating whether she was shot by deputies or her father, or both.

While many questions remain regarding Tuesday’s gunbattle, police in Fontana – where Graziano’s wife, 45-year-old Tracy Martinez, was killed Monday – offered some details about the family’s life before the bloodshed erupted this week.

Graziano, 45, had moved out of the family’s home a month or two before the mother’s killing, as the couple went through a divorce, Fontana police Sgt. Christian Surgent told The Associated Press and confirmed to ABC7. Savannah Graziano left with her father, while her younger brother stayed with her mother.

Police issued an Amber Alert after Martinez’s killing, saying Savannah Graziano had been abducted by her father. Now, detectives are trying to determine whether or not she was coerced into leaving Fontana.

“Did she go willingly?” Rising said. “Or was she actually abducted? We haven’t been able to prove that just yet.”

Fontana police had not received any reports of domestic violence at the home before the slaying, Surgent said, and child services had not been involved with the family. Neither parent was on probation or parole at the time and investigators believe Savannah was being home-schooled while she lived with her father, whom police said liked to camp out in the desert and mountains in his pickup truck.

On Monday, witnesses saw Martinez walking in Fontana when Graziano picked her up in his truck. Surgent said it was not clear whether she was forced into the vehicle or got in on her own.

“And immediately that’s when they started arguing and yelling and domestic violence was occurring,” he said.

Martinez got out of the truck – potentially to escape – and Graziano opened fire on her with a handgun, striking her multiple times, Surgent said. The shooting on the street near an elementary school during morning drop-off forced students and parents to duck for cover.

“The man just came down the street shooting. He started shooting in that direction,” neighborhood resident Andy Davis told ABC7. “Hit those trees, houses across the street. They say the bullets were skipping off the street, and the woman was trying to run for her life, and unfortunately she was hit. Once she was hit I guess he shot at her a few more times.”

Graziano fled the scene and drove to get Savannah, who had been somewhere else at the time – likely wherever they had been staying that day, Surgent said. The son was at the family’s home at the time and was not involved.

The next day, a 911 caller reported seeing the suspect’s Nissan Frontier around Barstow.

Deputies located the pickup truck and chased it on the highway for around 45 miles to Hesperia. Throughout the pursuit, Graziano-and possibly his daughter de him as well-was “constantly shooting back at the deputies” with a rifle through the truck’s rear window, San Bernardino County Sheriff Shannon Dicus said Tuesday during a news conference.

The pickup truck became disabled on the shoulder of a highway in Hesperia, and a firefight ensued, with dozens of bullets flying. Savannah ran toward deputies-who did not realize it was her dela-in the chaos and went down amid the gunfire. She was taken to a hospital, where she was pronounced dead shortly before noon.

Her father was found in the driver’s seat and pronounced dead at the scene.

Although the only weapon found — a rifle — was in the truck with Graziano, detectives said it was possible that his daughter was also firing.

“There may be some information that the passenger was involved in firing back at the deputies and we’re still trying to confirm that at this point,” Dicus said.

One deputy was injured by shrapnel during the firefight, Dicus said.