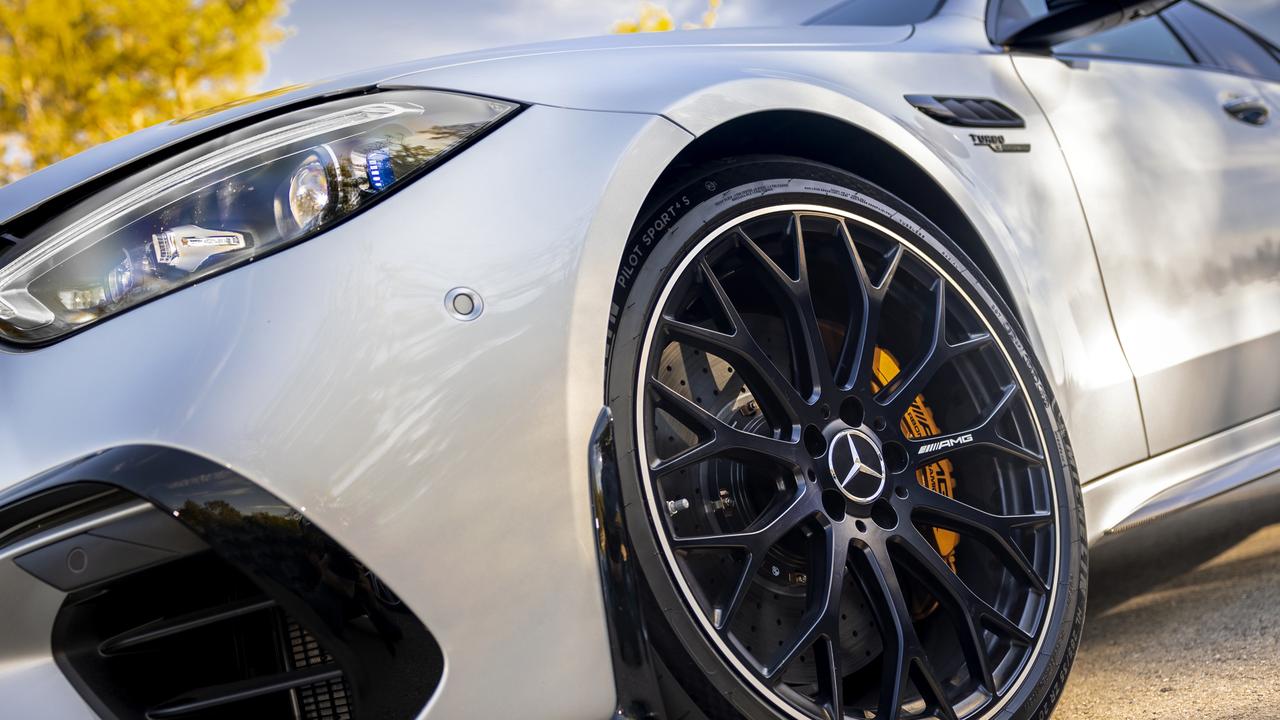 “It might be possible some people will say ‘Er, it’s not my car any more’,” admits Jochen Hermann. But AMG’s chief technical officer believes the performance and Formula 1-like hybrid powertrain tech of the new C63 SE Performance might also attract a new breed of customer.

Asked if he thinks dropping the V8 will affect sales of the super sedan in Australia, Hermann’s answer is quick. “I don’t think so,” he says, shaking his head for emphasis.

But Mercedes-Benz Australia’s media relations boss isn’t so sure. “Considering the performance and positioning of the new AMG C43, we are expecting some volume to shift away from the new AMG C63,” says Jerry Stamoulis.

Whichever way sales of the German super sedan trend after the arrival of the all-new C63 SE Performance in the middle of 2023, you can count on it being a much faster car than the existing V8.

The margins are massive. Where the twin-turbo 4.0-litre V8 of today’s C63 S packs at 375kW punch, next year’s C63 SE Performance delivers a 500kW knockout blow. This is a 33 percent increase. The jump in maximum torque is even bigger; almost 50 percent.

With all of 500kW and 1000-plus Nm channeled through all four wheels, via a nine-speed automatic, the C63 SE Performance accelerates harder than any of its ancestors. Mercedes-AMG claims a 0-100km/h time of just 3.4 seconds. This is the kind of number expected from some sleek and exotic two-seater, not a medium-size sedan.

How has AMG done this? Essentially they’ve taken tech from two other models in the line-up, both headed for Australia.

The engine of the C63 SE Performance is a hotter version of the turbo 2.0-litre four in the new C43 that’s due to reach Australia around March or April. The main modification is a larger electrically assisted turbocharger with a motor that runs on 400-volt instead of 48-volt power.

In the rear of the car is a plug-in hybrid system identical to that in the super-expensive GT63 SE Performance that will arrive late this year. This means the rechargeable battery pack incorporates tricks from Formula 1, including power-dense and carefully cooled cells. The electric motor built into the rear axle can add a 150kW boost to the 350kW of the internal-combustion engine, for a neat combined total of 500kW.

Like the big GT63, ​​the smaller and less costly C63 SE Performance will be capable of electric-only driving, through the relatively small size of its battery restricts range to around 13 km in this mode.

In Comfort mode the AMG operates as a hybrid, saving fuel. Battery Hold mode allows the driver to choose to preserve the battery pack’s charge level.

The Sport and Sport+ modes progressively up the new C63 SE Performance’s eagerness to accelerate by increasing the level of electric boost. As well, the car’s adaptive shock absorbers can be driver-adjusted to three different settings

Jochen Hermann thinks it’s the kind of high-performance recipe that will appeal to a younger audience than the current C63 S. “There are a lot of young people still loving cars. Where do they drive? What do they do? They do all these digital races”.

They will have no problem understanding boosting and car set-up options, he says. “This is what you have in today’s Formula 1 technology and this is what we brought into this car.”