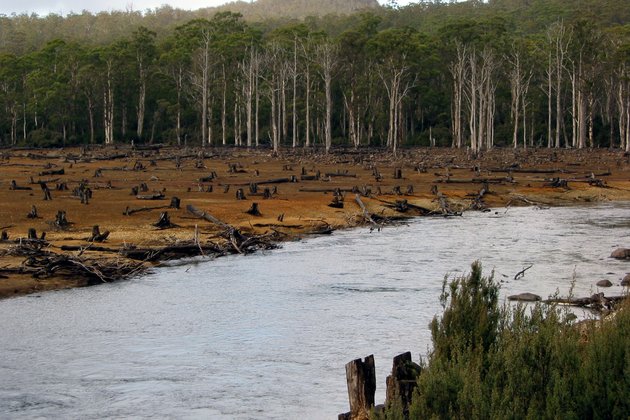 This federal election campaign has involved very little discussion of environmental or natural resource policies, other than mining. An exception is an A$220 million Morrison government pledge for the forestry industry.

The money will be invested in new wood-processing technology and forest product research, and used to extend 11 so-called “regional forestry hubs”. Some $86 million will aid the establishment of new plantations.

Prime Minister Scott Morrison said he would not support “any shutdown of native forestry” and claimed the funding would secure 73,000 existing forestry jobs. The spending on native forests, however, is problematic. In 2019-20, 87% of logs harvested in Australia came from plantations, and more investment is needed to bring this to 100%.

Here, we show how directing public funds to native forest logging is bad for the economy, the climate and biodiversity, and will increase bushfire risk.

Native forest logging has long been a marginal economic prospect. The Western Australian government has recognized this, electing to halt the practice by the end of 2023. It will instead create sustainable forestry jobs by spending $350 million expanding softwood timber plantations.

Native forest logging sustains far fewer jobs than the plantation sector, and does not produce substantial employment opportunities in any mainland Australian state.

For example, only about 300 direct and indirect jobs are sustained by native forest logging in southern NSW.

A recent economic analysis showed ceasing native forest harvesting in that region would bring $62 million in economic benefits – a result likely to be repeated in native forestry areas across Australia.

About 87% of sawn timber used in home construction is derived from plantations. The vast majority of native forest logged in Victoria and southern NSW goes into woodchips and paper pulp.

Victoria exports 75% of plantation-derived eucalypt pulp logs. A small percentage of this fun for domestic use would readily replace native forest wood at Victoria’s biggest paper mill at Maryvale. The feasibility of this has been known for years.

Read more: Logged native forests mostly end up in landfill, not in buildings and furniture

Victoria’s phase-out of native forest logging by 2030 will reduce emissions by 1.7 million tonnes of CO₂-equivalent gases each year for 25 years, equivalent to taking 730,000 motor vehicles off the road annually.

Ending native forest logging in southern NSW would likely be the biggest carbon abatement project in that state.

These benefits also bring economic value. Even under relatively low market prices for carbon, the value of not logging, in terms of reducing greenhouse gases, far exceeds the economic benefits of native forest logging.

Read more: Decaying forest wood releases a whopping 10.9 billion tonnes of carbon each year. This will increase under climate change

These logging-generated risks were particularly pronounced in southern and northern NSW. Importantly, they were also evident in Victoria’s 2009 Black Saturday fires in Victoria.

Numerous studies have demonstrated the damage native forest logging causes to biodiversity. In Victoria, for example, a 2019 analysis of proposed areas for logging showed it would negatively affect 70 threatened forest-dependent species, such as the Leadbeater’s possum.

The bottom line is that ongoing logging will drive yet further declines of Australia’s threatened species and add to the nation’s sad record on biodiversity loss.

The empirical evidence points in one direction: ending native forest logging in Australia would bring substantial and multiple benefits to society and nature.

We welcome the Morrison government’s spending on supporting new plantations. To create the most positive return on taxpayer investment, however, the bulk of other industry funding should be directed to enhancing manufacturing and markets for high-value wood products from plantation timber.