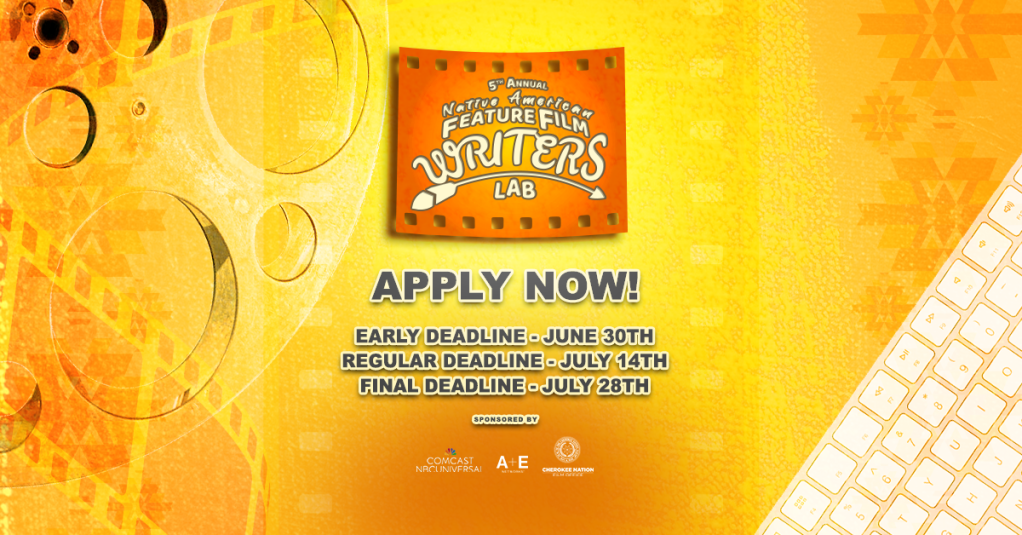 The Native American Media Alliance announced they are accepting applications for the fifth Native American Feature Film Writers Lab. This is a 10-week program that will take place online from September through November 2022 and sponsored by COMCAST NBCUniversal, Cherokee Nation Film Office and A+E Networks.

“This lab has been an incredible resource for several studios in need of Native Ameri-can literary talent,” stated Ian Skorodin, Director of Strategy, Native American Media Alliance. “Cinema is timeless and we want our community of indigenous writers to be a large part of this art form going forward.”

The Native American Media Alliance will select five Native American writers to participate in the program. The lab will consist of daily workshops with an established screen-writer and peer workshopping sessions. Additionally, participants will attend a series of events and screenings that will further expose them to the entertainment industry. The purpose of the lab is to further develop the skills of the writers and prepare them for employment in the industry.

The Native American Feature Film Writers Lab is for seasoned writers who are capable of writing a feature length script. Each selected participant is expected to complete at least one feature length script by the end of the 10-week session, which will be showcased at the 16th Annual LA SKINS FEST in November.

The mission of the Cherokee Nation Film Office is to increase the presence of Native Americans in every level of the film and television industries, while creating opportunities for economic development and jobs in the Cherokee Nation.