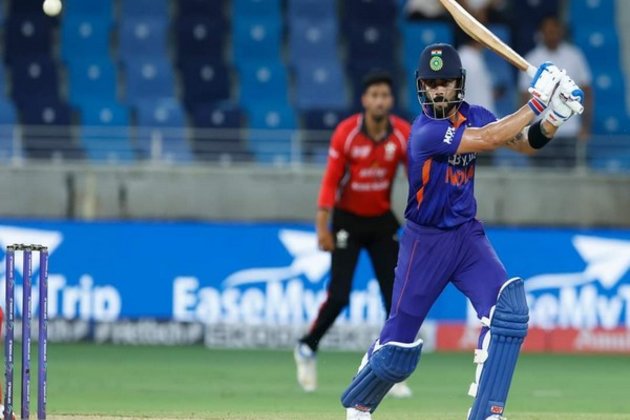 Mohali (Punjab) [India]September 19 (ANI): Ahead of his team’s first T20I against India at Mohali, Australian skipper Aaron Finch said that it is really brave to write off star Indian batter Virat Kohli at any stage.

India will start off their home series against Australia on September 20. The next T20I match will take place in Nagpur on September 23, followed by the third and final T20I match in Hyderabad on September 25″You would be a very very brave man to write off Virat at any stage. He has shown for 15 years now, that he is one of the greatest players of all time. Particularly in T20 cricket, he is someone who has developed his game and grown his game over for such a long period. You are always trying to prepare to the best of your ability when you are coming up against Virat,” said Finch during a press conference ahead of the match.

“He is super, 71 international hundreds, that is just ridiculous,” he added.

The batter found his groove during the recently-concluded Asia Cup 2022 and also hit his much anticipated after 71st international ton over 1,000 days. He scored 276 runs in five innings at an average of 92, with one century and two half-centuries. His highest individual score was 122 not out against AfghanistanQuestioned on his own form, Finch said that one gets comfortable with criticism over a long period of time.

Leading up to his ODI retirement, Finch was in terrible form in that format, having scored only 169 runs in 13 ODIs this year at an average of 13.00. He crossed the fifty-run mark only once this year in ODI with a best of 62.

The skipper said that star batter Steve Smith will most likely bat at number three in the series.

“He is free to play however he sees the situation from game to game. Most likely, he will bat at number 3 with Mitch Marsh being out. We know the quality we have with Smith, he is one of the best to have ever played the game. With his skill, tactics and game sense he has, we are confident that he can play any role given to him really well,” he added.

On Tim David, who has been included in the Australian team for the tour and T20 World Cup, Finch said that the side is excited to see what he brings to the squad.

“Tim has been super impressive for a while in T20 cricket. He has the power and he has shown that in different parts of the world, wherever he has played. He is coming into the squad with a great attitude, he has been training really well. He is a great all-round package for us with his ability on the field and ability to bowl a few overs,” he added.

Questioned if playing sweep, reverse sweeps and lap shots during practice was done with Indian conditions in mind, the Australian skipper said that there is no need to read much into it and they were practicing for what they could face.

“In these conditions, you are always trying to improve. I think the strength of the squad is the ability to continue and grow. We have seen how much the game has developed in ten years. As a player, you have to find ways to improve and stay ahead of the competition,” he added.