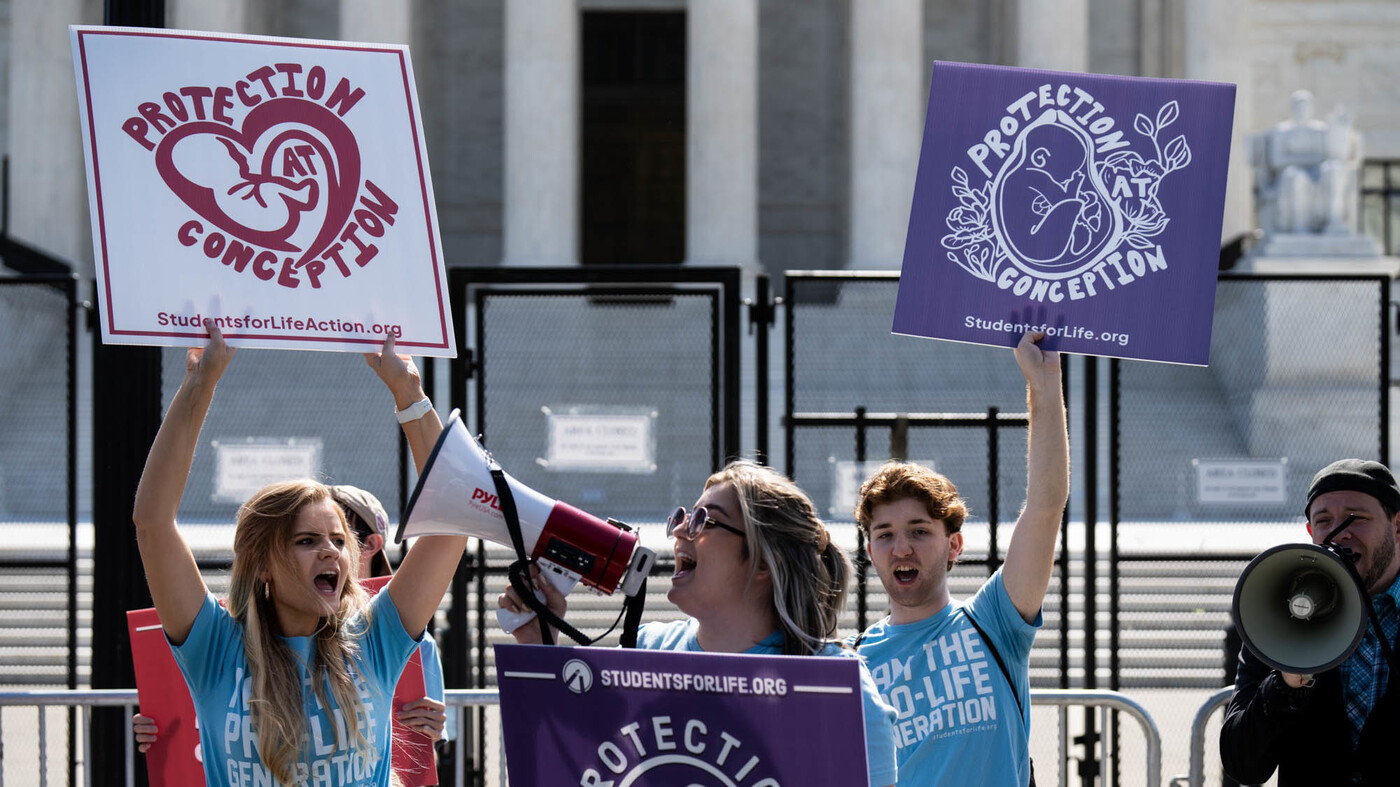 Anti-abortion activists protest outside the US Supreme Court on Monday, May 23.

Anti-abortion activists protest outside the US Supreme Court on Monday, May 23.

If it seems as though the anti-abortion movement has gotten more extreme in recent months, that’s because it has.

But it’s not the first time — positions taken by both sides of the abortion debate have ebbed and flowed repeatedly in the 49 years since the Supreme Court declared abortion a constitutional right.

Abortion opponents and those supporting abortion rights expect the Supreme Court to soon overturn its 1973 Roe v. wade decision, and both groups have reacted strongly. Abortion rights supporters unsuccessfully pushed Congress to pass the Women’s Health Protection Act, which would not only codify abortion rights but also eliminate lots of popular restrictions the court has allowed since 1973, most notably parental involvement laws.

But it’s abortion opponents’ efforts in many conservative states to exclude most exceptions — for rape or incest or to save the life of the mother — that have drawn headlines recently.

The efforts do not appear to have wide appeal. The majorities of Americans who support allowing those exceptions are nearly as large as the majorities who oppose an abortion late in pregnancy, according to opinion polls.

Nonetheless, there are numerous examples of such efforts — going far beyond the banning of abortions after 15 weeks, which is at the crux of the Mississippi law being considered by the Supreme Court. A draft opinion leaked this month suggests the court could use the case to overturn gnaw. For example, over the past few months, Oklahoma has passed three laws restricting abortion. The latest one, signed by the governor Wednesday, bans abortion beginning at fertilization, which would, at least in theory, ban both in vitro fertilization and many forms of hormonal birth control. (The Oklahoma bill’s sponsor says that is not the law’s intent.)

During debate in the Oklahoma Senate on the strictest of the bans, Republican Sen. Warren Hamilton said he did not think the measure went far enough because it allowed abortions in the case of an ectopic pregnancy, a life-threatening medical emergency in which an embryo is growing outside the uterus.

That has horrified some medical professionals. “The fallopian tube and other places a pregnancy can implant cannot support a pregnancy,” Dr. Iman Alsaden, an OB-GYN and medical director of Planned Parenthood Great Plains, told reporters at the news conference May 19. “If you continue to let these pregnancies happen, there will be no viable baby afterwards. What will happen is [the fallopian tube] will burst and people will bleed to death.”

At the same time, an increasing number of state legislatures are contemplating bans that do not include exceptions for the health (as opposed to the life) of the pregnant person or for pregnancies resulting from rape or incest. Testifying on her bill in Ohio, GOP state Rep. Jean Schmidt in April told lawmakers that a child resulting from rape would be “an opportunity for that woman, no matter how young or old she is, to make a determination about what she’s going to do to help that life be a productive human being. “

Rape and incest exceptions have been an accepted part of most abortion bans since the early 1990s, but that was not always the case. For a dozen years, they were not part of the so-called Hyde Amendment, the provision inserted in annual federal spending bills that bars the use of almost all federal funds for abortion.

The more liberal (at least on abortion) Senate tried to keep the rape and incest (and health) exceptions intact back then, only to be forced to back off by the more conservative House, whose anti-abortion efforts were led by Rep. Henry Hyde (R-Ill.).

“The Supreme Court had said: ‘You may not impose capital punishment on a rapist. That’s cruel and unusual punishment,'” Hyde said during a 1988 debate over the issue. “But you are saying exterminate. Exterminate this innocently inconvenient residual of the rape.”

In 1993, Hyde put the rape and incest exceptions back into his eponymous funding ban, and they have remained there himself since. With Democratic president Bill Clinton in the White House, and large Democratic majorities in both the House and Senate, “I didn’t think the votes were there anymore for a straight ban on abortion funding,” he said at the time. Indeed, at that point, the entire ban was in danger of being dropped, and only Hyde’s parliamentary maneuvering kept the slightly less stringent ban in place.

In this Aug. 16, 2012 photograph, former Rep. Todd Akin, R-Mo., And his wife Lulli, talk with reporters while attending the Governor’s Ham Breakfast at the Missouri State Fair in Sedalia, Mo.

In this Aug. 16, 2012 photograph, former Rep. Todd Akin, R-Mo., And his wife Lulli, talk with reporters while attending the Governor’s Ham Breakfast at the Missouri State Fair in Sedalia, Mo.

Abortion bans with few or no exceptions are politically risky. In the 2012 Missouri race for US Senate, the challenger, Republican then-Rep. Todd Akin, was favored to defeat incumbent Sen. Claire McCaskill until he said in a now-infamous interview that he didn’t support exceptions because women rarely get pregnant as a result of rape. “The female body has ways to try to shut that whole thing down,” he said. The comments were disavowed by the Republican running for president that year, Mitt Romney, and his running mate, Paul Ryan. Akin eventually lost.

Now, however, anti-abortion forces appear to be on the cusp of being granted free rein by the Supreme Court to ban abortion to any degree they want. Activists clearly want the most comprehensive bans that lawmakers will pass. Whether voters will go along with that will be decided at the ballot box in November.