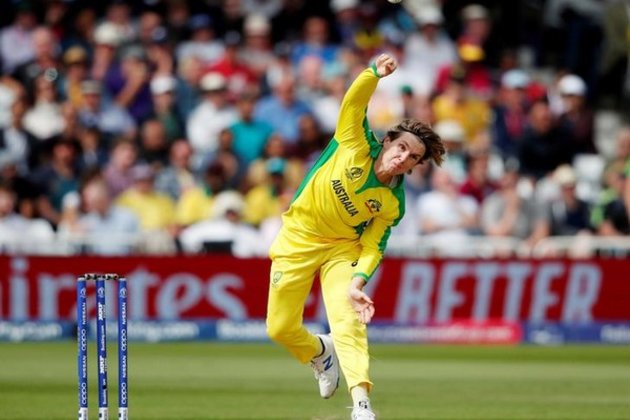 melbourne [Australia]December 7 (ANI): Adam Zampa has been named the captain of Melbourne Stars in the Big Bash League (BBL) in the absence of Glenn Maxwell who suffered a broken leg last month.

The leg spinner arrived at the Stars in BBL|05 and has since taken his game to a world-class level.

Representing Australia 72 times at the T20 international level and 119 times at the ODI level, Zampa has been the pre-eminent white ball spinner for his country for some time.

“It’s an honor to lead the Melbourne Stars in Glenn’s absence and I look forward to helping get the best out of this group. Our Stars journey won’t be complete without a BBL title and we’re throwing everything into this season to achieve that I’m so excited to be playing alongside Trent Boult and Luke Wood for the first time along with Joe Clarke again this year. With the help of Marcus as vice-captain, I can’t wait to lead this group and we want to see as many of our fans at the MCG as possible on Friday 16th December at the MCG,” Zampa said in an official statement released by Melbourne Stars.

Zampa is the Stars’ all-time leading wicket-taker with 82 and has a chance to play his 100th BBL game this season.

“Obviously Glenn is a huge loss for us but to have someone of Adam’s caliber to be able to step in is a testament to the strength of our squad,” said Melbourne Stars General Manager Blair Crouch.

“Adam has grown into a wonderful player with the Stars but most importantly, he is a great person and has been part of the leadership group for a number of years. We’re on track to break our membership record next week so we can’ can’t wait to see as many Stars fans as possible at the MCG on December 16,” he further added.

Meanwhile, Jason Sangha has been named Sydney Thunder’s captain for the BBL meaning that star batter David Warner is unlikely to take the role.

The 23-year-old, whose summary notes he captained Australia’s under-19s; Randwick-Petersham’s Premier team as a teenager and is the current vice-captain of the NSW team, said he considered himself fortunate to have been influenced at Thunder by a series of extraordinary leaders.

“This means a lot. I have been fortunate to have played under some tremendous leaders at Sydney Thunder, starting with Shane Watson. There have also been other quality skippers including Callum Ferguson, Usman Khawaja, and Chris Green. Each of them had positive impacts on the team, and something they all did well was they led by their actions – and that’s something I want to do,” Sangha said in an official statement.

Sangha said he also found himself in the enviable position of having a pool of experienced players who he knows will support him.

“I’m extremely fortunate to have so much experience in this squad: Chris Green, Dan Sams, Alex Hales, Rilee Rossouw, Sam Whiteman, and, of course, Dave Warner. They’re all leaders. And I’m in good hands here because besides Sydney Thunder’s squad of players, we have an exceptional coaching and support staff,” he said.

Sangha, who last summer topped Thunder’s run-scorer’s list with 445 at an average of 49.44 – and an impressive strike rate of 132.04 – said he and his teammates were looking forward to playing in front of the club’s loyal legion of supporters. (ANI)