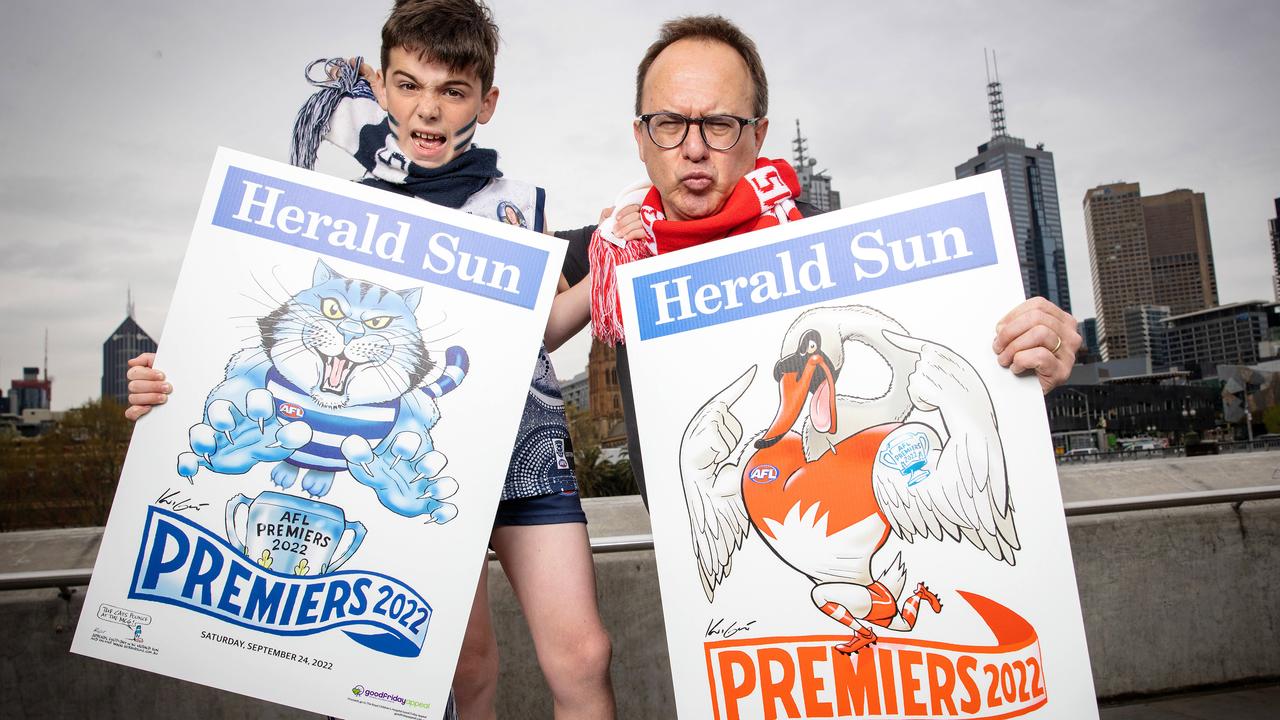 Footy fans will once again be able to pick-up their Herald Sun Premiership poster following the final siren after the Grand Final MCG comeback.

Now in its 69th year, proceeds from the Grand Final illustration posters are donated to the Royal Children’s Hospital Good Friday Appeal and have raised more than $6.77m.

The sale of all posters will start online after the final siren on Saturday, September 24.

The potential Premiership posters by award-winning Herald Sun cartoonist Mark Knight were revealed on Wednesday ahead of Saturday’s blockbuster between the Geelong Cats and Sydney Swans, the first back at the MCG in three years.

Knight was joined by Geelong fans Lucia, 11, and her brother Charlie, 9,

and Sydney supporter Alfie, 11 months, who had no choice but to follow the Bloods after his parents gave him the middle name “Swan”.

Over the past seven decades, the posters have raised $6.77 million for the Good Friday

“With the Grand Final back at the MCG, it’s exciting to see one of the cornerstones of the

able to give fans a slice of this historic game, and raise much-needed funds for the Good

after the game and continuing this great tradition.

Mark’s Grand Final posters have raised more than $4.2 million which ensures The Royal

Children’s Hospital can continue to provide world-class care for our kids.”

Secure your iconic Premiership paper poster on Grand Final day, post-match at the MCG from one of 100 volunteers at the ground.

Posters will also be on sale online immediately after the game.

Note: Postage and handling fees apply when purchased online. A signature is required for Limited Edition posters. Please allow up to 28 days for delivery.