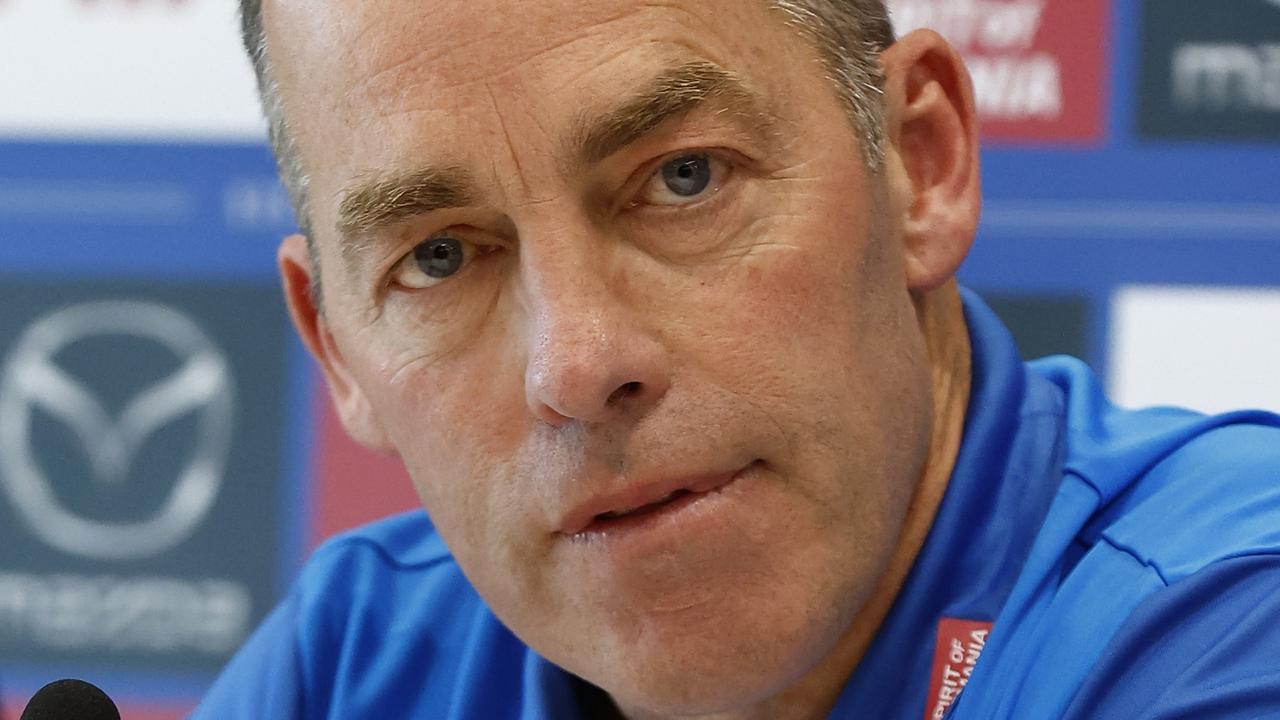 Four-time premiership coach Alastair Clarkson was “shocked” to read the serious historical allegations about mistreatment of Indigenous players during his time at the Hawthorn Football Club, refuting any wrongdoing or misconduct.

In a report published on Wednesday, ABC Sport alleges senior staff at Hawthorn demanded the separation of First Nations players from their partners and pressured one player and his partner to terminate a pregnancy for the sake of his career.

“The issues raised are now with the AFL’s Integrity Unit and Alastair welcomes the opportunity to co-operate with any investigation relating to the claims.

“Alastair was due to commence work with North Melbourne on November 1, however he will delay the start of his tenure to allow time to fully participate in the investigation.

“Given the matters raised are confidential and the investigation is ongoing, the club will not provide any further comment at this time.”

Earlier, the Lions announced that Fagan was taking a leave of absence.

Clarkson released a statement on Wednesday evening claiming he was “not afforded any due process” during the investigation.

“The health, care and welfare of our players, staff and their families were always my highest priorities during my time at Hawthorn Football Club,” the statement read.

“I was therefore shocked by the extremely serious allegations reported in the media earlier today. I was not interviewed by the authors of the report commissioned by the club, and nor have I been provided with a copy of the report.

“I was not afforded any due process and I refute any allegation of wrongdoing or misconduct and look forward to the opportunity to be heard as part of the AFL external investigation.

“I have today agreed to contact the president of North Melbourne Football Club and we have mutually that I will step back from my responsibilities at the club so I can fully co-operate in the investigation.

“As the matters are now subject to an investigation, I will not make any further comment at this stage.”

Clarkson was last month announced as the new coach of North Melbourne on a five-year contract reported to be worth $5 million.

The deal means Clarkson will coach through to the end of the 2027 season.

Fagan is contracted at the Lions through to the end of 2023.

Clarkson was coach of Hawthorn between 2005 and 2021, while Fagan was a senior assistant coach and general manager of football at the club from 2008 to 2016.

The ABC claims Fagan and Clarkson did not respond when presented with questions about the allegations.

AFL chief executive Gillon McLachlan confirmed the league would form an external four-person panel to conduct a thorough investigation into the matter.

On Wednesday evening, the league announced that AFL Commissioner Andrew Newbold, who served as Hawthorn President from 2012 to 2016, had taken a leave of absence to assist in the independent investigation.

“I want to also acknowledge that this is a really distressing day for the people who have shared their experiences,” AFL Commission Chairman Richard Goyder said in a statement.

“These are serious allegations, and it is important that we treat them appropriately while also ensuring the formal process provides support to those impacted and also natural justice to those people who are accused. Andrew wholeheartedly understands this, and I have accepted his offer to take a leave of absence away from the AFL Commission while the independent investigation is undertaken.

“There are so many people who are hurting today and have been hurting for a long time and to all of them, we acknowledge that hurt and say that as a game we will do everything to ensure that the hurt you experienced is not a hurt that is experienced by others.”

Hawthorn responded to the allegations on Wednesday morning.

“Earlier this year the Hawthorn Football Club external First Nations consultants to liaise with current and former First Nations players and staff to learn more about their experience at the club,” the club said in a statement.

“This important work has raised disturbing historical allegations that require further investigation. Upon learning from these allegations, the club immediately engaged AFL Integrity as appropriate.

“The club will continue to provide support to those who have participated in this process, and their wellbeing our priority.

“While the process indicated the current environment at the club is culturally safe, it also recommended that some of the club’s current First Nations training and development programs should continue to be strengthened.

“The club places the best interests and welfare of our players and staff as our number one priority.

“Given the matters raised are confidential, the club will not provide any further comment at this time.”