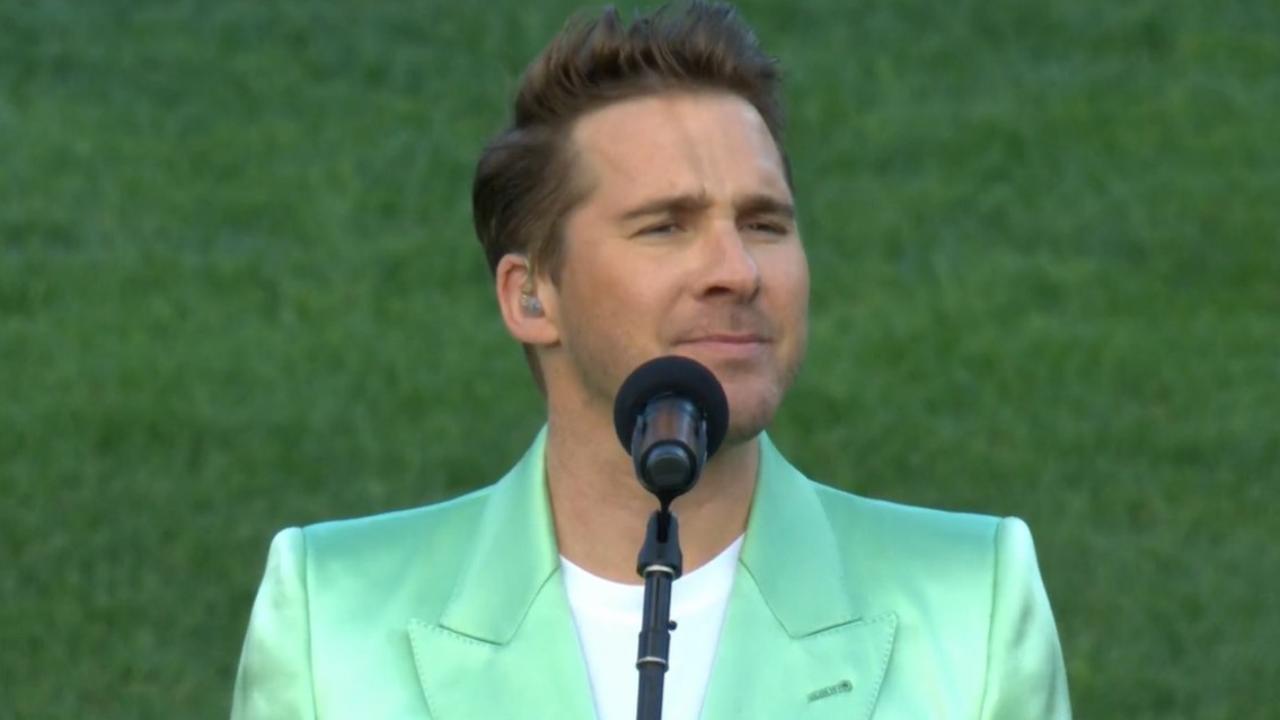 Sydney and Collingwood were preparing to face off in front of a rowdy capacity crowd at the SCG for a place in the Grand Final but Hugh Sheridan has stolen the show.

Sheridan is probably most well known for the role of Ben in Packed to the Rafterswhich won the star four Logies for Most Popular Actor but showed off their impressive pipes in front of the packed house.

Sheridan sang the national anthem before the game and he sure didn’t miss the chance to make a statement with their outfit.

Sheridan was sporting a snazzy silk green suit that certainly caught the eye of viewers.

Other comments were blown away by Sheridan’s voice, posting: “Hugh Sheridan has some pipes on him! (sic)”, “I had no idea Hugh Sheridan could sing? He (sic) was great!” and “That was the most rousing rendition of the national anthem all year”.

Sheridan, who came out as non-binary in an Instagram post in 2021, months after revealing they are attracted to entertain both men and women, has long been a multifaceder.

They had a 2009 album called speak love and have performed in several stage shows over the years, as well as The Masked Singer this season.

But Sheridan’s anthem rendition wasn’t the end of their work for the evening.

At quarter time, Sheridan appeared on a stage in the crowd to perform an acoustic version of Neil Diamond’s classic tune Sweet Carolinein an interesting twist to the tune that’s usually played during the quarter time breaks at the SCG.

Sheridan’s performance has received rave reviews from fans so far and ignited the massive pumped up crowd.

Although the red and white dominated the stands, there was a far share of black and white as well, making an electric atmosphere at the all-important game.