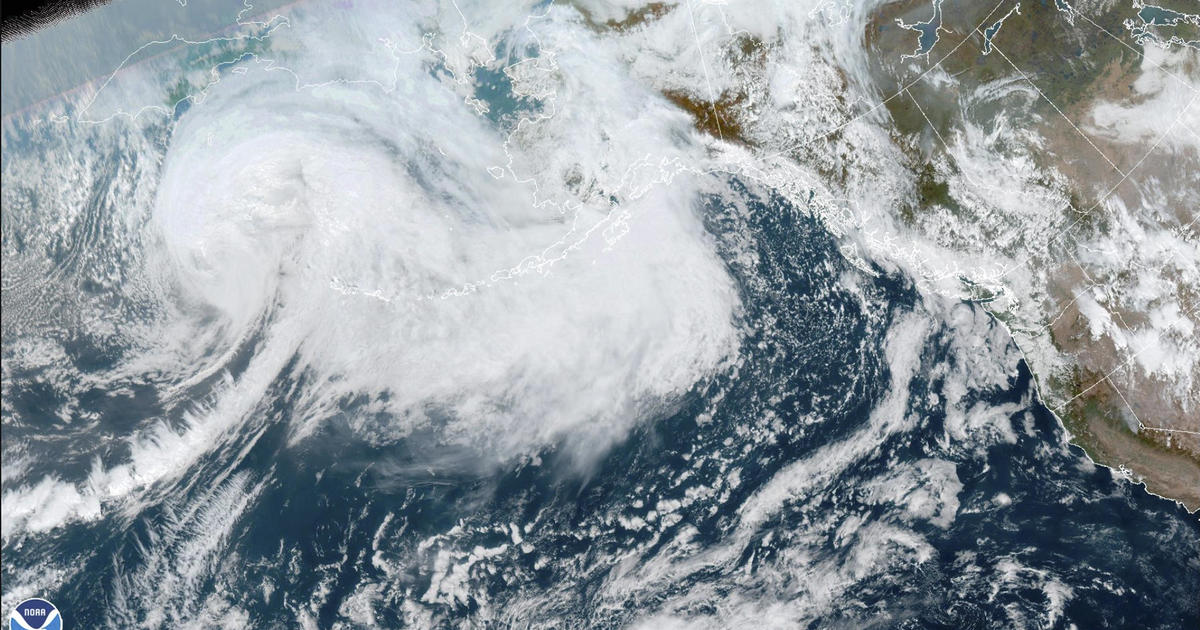 Alaska is bracing for dangerous weather as the remnants of Typhoon Merbok move toward the Bering Sea region. Forecasters predict that the storm, set to hit on Friday, could bring “potentially historical” flooding, with some coastal areas seeing water levels up to 11 feet higher than the normal high tide.

“Latest models show coastal surge higher than the November 2011 storm that brought significant flooding to the area,” the National Weather Service forecast early Friday morning, adding that the flooding could be “potentially historical.”

“This is a dangerous storm that will produce widespread coastal flooding south of the Bering strait with water levels above those seen in nearly 50 years,” the service said.

The state is expected to see hurricane-force winds with gusts up to 90 mph, according to the service, and wave heights up to 48 feet. Coastal flooding could go beyond 12 feet over the western mainland. Depending on the location, other areas can see tastes between 40 and 80 miles per hour between Friday and Saturday night. The main concern, according to the service, is flooding, structural damage and blown-down power lines.

Much of Alaska’s west coast is already under warning and watches. All areas along the coastline from Quinhagak to Point Hope are under coastal flood and high wind warnings, while Cape Lisburne and northern coastal areas stretching to Teshekpuk Lake are under coastal flooding watches. In Nome, water levels will be up to 11 feet above normal high tide and the city’s mayor said on Thursday that residents of Belmont Point should “prepare for possible evacuation.”

In Golovin, water levels could go up to 13 feet above normal. The National Weather Service’s Anchorage office said that the overall moisture content of the storm is “quite extreme” with enough moisture that equates to “200 to 300% of normal.”

Widespread power outages are also expected, the National Weather Service said, and the worst water levels are expected on Saturday.

Rick Thoman, a climate specialist at the Alaska Center for Climate Assessment and Policy, said that the situation is “a near worst case coastal flooding scenario” for the Bering Sea coast. The storm extends “roughly 500 miles in all directions from the low center,” the weather service’s Anchorage office reported.

“This is very serious: in some communities there’s the potential for the worst coastal flooding in 50 years,” Thoman said, echoing the National Weather Service’s warning.

Meteorologist Ed Plumb told the Associated Press that the storm will be “the deepest or strongest storm we’ve ever seen in September,” a fact that makes it “quite an unusual storm.”