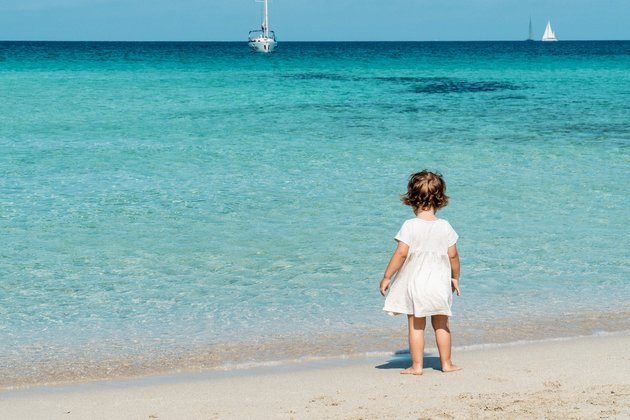 There are six of us: high school and university friends I have stayed in close touch with over the years; we are all in our mid-40s now. We are nurses, social workers, educators, writers, massage therapists and political activists. We are past the ideal childbearing years. Three of us had children and the other three did not.

For one it was a choice; for the other two it was circumstance. One of those two who struggled with infertility decided it was meant to be, and she is glad now for the independence it has given her.

Review: Childless, A Story of Freedom and Longing – Sian Prior (Text Publishing)

But for the other it has been a source of lasting sorrow. She would have been the best mother of all of us, in the way the universe works; she is the best auntie and gift-giver, listener and game player. I thought of her often while reading Sian Prior’s new memoir, Childless.

Memoirs allow us to slip into someone else’s skin, to see the world through their eyes for a little while and expand our understanding. Prior uses short chapters which jump through narrative time to tell her story of being childless not by choice but by circumstance.

They are rich with evocative detail and cover a broad spectrum of subjects and spaces. They paint discrete scenes, which build up to a full picture of the grief of not having a child, the anger when Prior sees parents with children who are not cherishing them, the desire to have a child alongside concern about the environmental impact.

Prior does not hide her rage at those who have children whom she judges unworthy of them and at times it made me uncomfortable – I felt guilty. I thought of the times when I was a bad mother: I shouted at my children for not getting their shoes on quickly enough, I looked at my phone when I ought to have been looking at them. No parent is perfect. But I think she is honest, as well, to show us her rage from her: it’s not sensible, but it is real. And with acceptance of it comes gradual insight as well.

This is Prior’s second memoir; her dela first dela, Shy (2014), examined her own social anxieties and the causes and symptoms of shyness, and the way it had influenced her life dela. In Childless, she turns the lens on herself again, although there is less external research and more focus on her own experience of her.

At times, the observations she makes are not backed up by references. “Here in Australia, real children are increasingly depressed, neglected, abused, violent and suicidal,” Prior writes at one point. I believe children are facing greater challenges than they once were, but I’d still like to know the source of such a sweeping statement. And I wonder if abuse, depression and anxiety are also reported more frequently now than at any point in our history.

I thought here of author Mary Karr’s advice to memoir writers from her book The Art of Memoir: “The goal of a voice is not to speak with objective authority but with subjective curiosity.” That subjective curiosity was sometimes missing in Childless.

In another memoir of childlessness and unsuccessful attempts at IVF, Avalanche (2016), Julia Leigh writes about her own experience with infertility but also about the ethics of the IVF clinics that promise something to desperate couples, fudging figures and making a great deal of money out of the desire for a child.

At one point in Avalanche, Leigh asks her doctor how many women her age bring home a baby after fertility treatment and his answer is shocking: 2%. It is a moment that stayed with me, a deeper reflection on the culture we live in, the desperation this industry is tapping into, and the greed of the clinics. Leigh’s curiosity gives us this moment, her desire to dig deeper into why she was unable to have a child.

This is not Prior’s focus, but at the end of Childless I could not say exactly what her focus was. There is some grace found, some acceptance, but there is also blame and many missed opportunities to be involved in other children’s lives. Perhaps it is the messiness of it all that Prior is embracing. There is no neat narrative arc here, this is life and things don’t work that way.

“The problem with true stories is that there are too many different truths,” Prior writes at one point. And the problem with Google is that when she mentions a famous musician/songwriter ex-partner by a pseudonym you find him in seconds. There is a lot of focus on this relationship, as there was in Shy.

One of the complicating factors is that he has children from previous marriages and a vasectomy, so you decide not to participate in IVF with her. The memoir opens with one of these scenes: they are together, in a hotel room on her tour, and she is injecting herself with IVF hormones but doing it alone.

She watches him not watching her, “because this has nothing to do with him”. He does not offer to drive her to medical appointments; he is present but absent. It is complex and fractured. Of course it has something to do with him, in the end, and Prior seems to circle and circle these scenes, seeking out answers.

At one point, she asks, “What choices do I have because I’m not getting what I most wanted.”

I think of my dear childless friend here, who spends weeks every year with her nephews, who was able to help care for her father in his final months. Who will sit with a child and craft for hours. Sew costumes for Halloween. Who has always had the time to listen.

I think it is easy to get distracted now by binaries: the vaccinated and anti-vaxxers, the vegans and the paleos, the parents and the child-free. Memoirs like Prior’s remind us that human experience is far more complex, that there are so many gradations, so much light and shadow.

Our choices are one thing, but we are also made up of our disappointments. Of what we have lost and what we never had the chance to have.