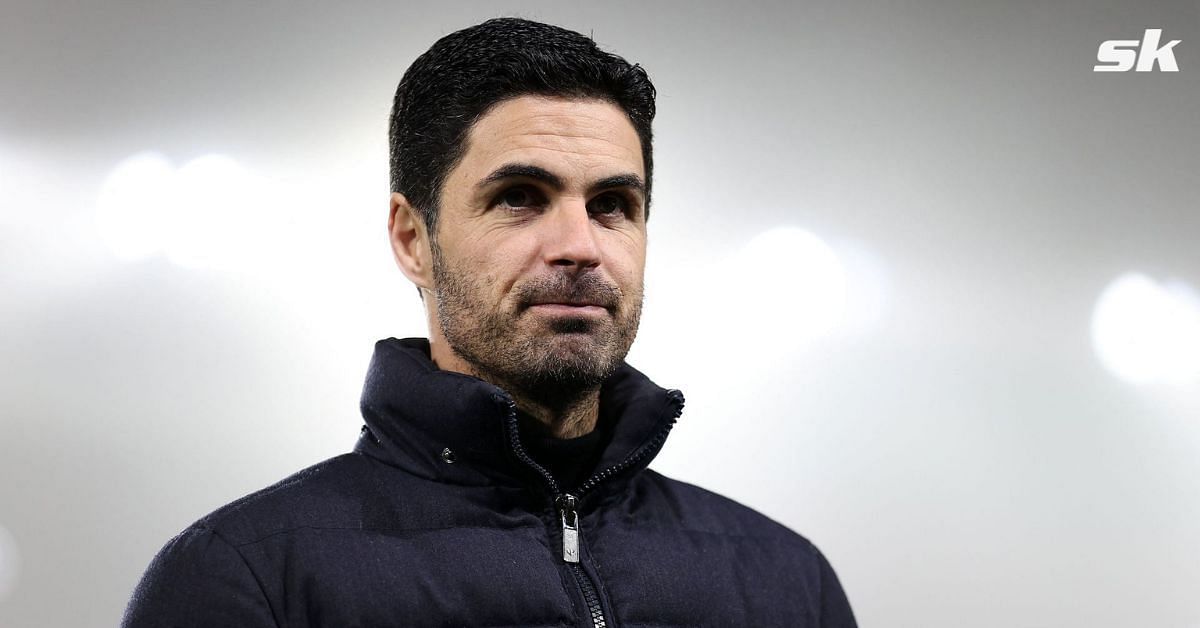 Arsenal have reportedly made inquiries over Benfica left-back Alex Grimaldo, with Mikel Arteta looking to strengthen his defense this summer.

Portuguese newspaper Record reports that the Gunners have tracked Grimaldo. They have made inquiries to the 26-year-old defender’s intermediaries with regard to his availability.

Alex Grimaldo #afc are looking at and at 7mil it would be a more Arsenal like signing that we could do as a great affordable alternative to Hickey and Martinez, something tells me Martinez is a big target of which we are pushing more firmly and want to do asap. Maybe both! 🤔

Alex Grimaldo #afc are looking at and at 7mil it would be a more Arsenal like signing that we could do as a great affordable alternative to Hickey and Martinez, something tells me Martinez is a big target of which we are pushing more firmly and want to do asap. Maybe both! 🤔🔴⚪️ https://t.co/jJSKZzX9ah

Benfica are reportedly demanding €7-8 million for the former Barcelona youth product. The player doesn’t have a good relationship with the Portuguese outfit.

The left-back also has just a year left on his current deal with the Primera Liga side. Benfica could look to cash-in on him this summer so he doesn’t exit the Estádio da Luz for free next summer.

Gunners boss Mikel Arteta reportedly wants to add another left-back to his side and the duo are both represented by the same agency, Wasserman.

Arsenal signed left-back Nuno Tavares from Benfica last summer, although the 22-year-old encountered a difficult debut season at the Emirates. The Portuguese full-back made 28 appearances for the Gunners, but was criticized for some questionable performances.

Arsenal took their time in planning their transfer business but are now in the midst of negotiations for their targets.

Vieira, 22, impressed for Porto last season, scoring seven goals and creating 16 assists in 39 appearances across competitions. He was the leading assist provider in Liga Portugal with 14 assists.

The Gunners are also reportedly on the brink of confirming Manchester City striker Gabriel Jesus as their latest signing. The 25-year-old has been Arteta’s prime centre-forward target, with Alexandre Lacazette having joined Olympique Lyon as a free agent.

Jesus finished last season with a record of 13 goals and 12 assists in 41 appearances in all competitions.

The arrival of Erling Haaland at the Eithad Stadium has thrown his place in Pep Guardiola’s side into doubt. He now looks set to become an Arsenal player.

Manchester United official proposal for Lisandro Martínez, better than Arsenal’s one but not enough yet. AFC are still there. 🚨🇦🇷 #MUFCMan United also pushing to agree on personal terms with Lisandro – ten Hag, key factor.Lisandro will ask Ajax to leave, as he wants PL move. https://t.co/UDr9N9tqVW

According to transfer expert Fabrizio Romano, the north London club are also in the race for Ajax defending Lisandro Martinez. However, the competition from Erik ten Hag’s Manchester United is proving difficult.

It now seems Arteta is looking at adding a left-back to his squad and could be set to pursue Grimaldo.