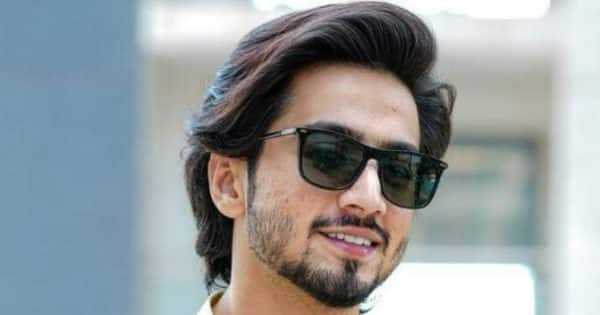 Finally, Khatron Ke Khiladi 12 is over. Choreographer Tushar Kalia has emerged as the winner. But fans are in awe of Faisal Shaikh and Jannat Zubair. The two gave the show everything and surpassed the expectations of everybody. For the finale, Rubina Dilaik and Mohit Malik were pitted together. It was Mohit Malik who made it. On the other hand, Jannat Zubair, Faisal Shaikh and Tushar Kalia competed for another stunt. The boys made it. Ranveer Singh came on Khatron Ke Khiladi 12 for the promotions of Cirkus. The film is coming in December 2022. Rohit Shetty and he were hilarious throughout the proceedings. Also Read – Khatron Ke Khiladi 12 Grand Finale: Rohit Shetty offers a film to THIS contestant

Faisal Shaikh was relentless throughout the show and gave it his hundred per cent. In fact, he also risked injury. For the stunt, they had to hop from one moving vehicle to another. This is what fans are tweeting about the show… Also Read – Khatron Ke Khiladi 12 grand finale: Kanika Mann gets eliminated, Rubina Dilaik, Jannat Zubair, Faisu, Mohit Malik and Tushar Kalia in the race – who will win the trophy?

People called him” just a tiktoker”, gawaar and what not.
Now he has proved he’s a lot more than just a tiktoker ❤️So proud that you could perform the final stunt and came second ? you’re not less than a winner for all of us ..#FaisalShaikh #kkk12winner #KhatronKeKhiladi12 pic.twitter.com/ODg2wPbRBy

It’s not easy to come up with zero background in itv and compete with the most popular faces and beat them to reach the top and not just in task but in receiving public love too ??#FaisalShaikh #kkk12grandfinale #KhatronKeKhiladi12

TROPHY KOI BHI LEKE GAYA HO DIL TO FAISAL SHAIKH NE JEETA HAIN ❤!!
WE’RE SO PROUD OF YOU FAISU @Mr_Faisal_S07
NO MATTER RUSULT KUCH BHE AYA HO BUT HAMAREY LIYE TO AP HI WINNER HO WE LOVE YOU AND ALWAYS THERE FOR YOU NO MATTER WHAT !!!#FaisalShaikh #KhatronKeKhiladi12 #Kkk12

Anyways, Tushar Kalia has done wonderfully throughout the season. This is a show where there in no place for favouritism. The choreographer is an adventure junkie and this show was made for him. Also Read – Khatron Ke Khiladi 12: Ranveer Singh’s OOPS moment in front Rubina Dilaik will leave you in splits [Watch Video]