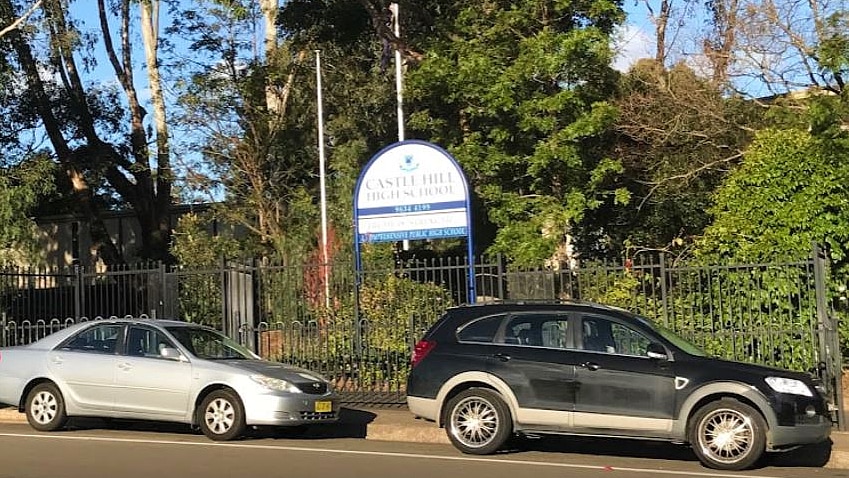 A New South Wales parliamentary inquiry has been told that asbestos rained down on teachers at a north-west Sydney high school while they sat eating lunch.

The inquiry into school infrastructure has heard from current teachers at Castle Hill High School who said they were kept in the dark about the extent of the dangerous dust on the school grounds.

“The ceiling [in the staffroom] had rained down on us, and I made a complaint in 2018 because it was annoying,” Social Science teacher John Connell told the Inquiry.

“I didn’t even think it could be asbestos, I believed them when they said it was all clear.”

The school has 2,065 students and more than 100 staff members on campus, according to its website.

A safety survey conducted by external risk management and compliance company Greencap in 2008 and followed up in 2014, found 76 instances of asbestos in the 59-year-old school.

The survey found that there were traces of asbestos in each main building, specifically pointing to material in the ceiling, floor coverings, storerooms and student learning spaces.

The teachers said they were never told.

“It defies belief that this isn’t something we heard about until 2022.”

In their witness statements, Mr Stubbs and Mr Connell, listed numerous queries and concerns lodged with the then principal and deputy principal that were left unanswered.

“We haven’t even been trained in how to report hazardous material, or who to call if we’re worried about it in our school,” Mr Stubbs said.

The chair of the committee, One Nation MLC Mark Latham, called the response to the potential exposure “disgraceful”.

“It’s a disgraceful and negligent situation that you have asbestos dust raining in these classrooms,” he said.

In a statement to the ABC, the NSW Department of Education School Infrastructure team said that there were no current asbestos issues at the school and the staffroom ceiling had been fixed.

For single parent Aldrin Mendonca, that is not good enough.

“No amount of asbestos is a safe amount in a school,” he told the inquiry via video link.

“A parent shouldn’t have to look through five boxes of information and go to parliament to find out if their children are being exposed.”

Mr Mendonca has two children at the school and said it was not viable for him to move homes and enrol his sons in neighboring Baulkham Hills High.

“Parents need the truth about what happened, and why there is this wall of silence, have our children been exposed in 2016? And there is a chance they could be exposed again.”

The submission tendered by the NSW Department of Education Professional and Ethical Standards (PES) committee, outlined its own internal investigation into the matter.

PES executive director Daryl Currie told the inquiry it was the responsibility of staff to communicate the extent of asbestos.

“We found misconduct in regard to poor delegation and oversight practices,” he said.

“They failed to take reasonable steps to action staff in relation to dust in that manner.”

Minister for Education Sarah Mitchell said the allegations of asbestos still on the premises were “serious”.

“These are very serious allegations that are the subject of investigation by both the Department of Education’s Professional and Ethical Standards Unit and SafeWork NSW,” she said in a statement.

Remediation works were completed at Castle Hill High School in 2020, with the Department of Education confirming further planned maintenance works were undertaken in 2021 and this year.

The committee is expected to present the findings to parliament this week.