Aussie comedian Luke McGregor has revealed why he has a slight American twang to his accent, and it’s not for reasons you might think.

On her podcast That’s Enough Alreadycomedian and actress Urzila Carlson pressed McGregor on the topic, given it was something plenty of others seem to be wondering about him.

“One of the things I like to do [as a radio host] is Google someone… here’s the top searches for you: number one, ‘wife’ …then the second one is your accent,” Carlson said.

“Yeah, I do have a weird accent,” McGregor admitted.

“My brothers have it as well, we think it’s from watching cartoons because no one else in our family has it.

“We used to watch a lot of Ninja Turtles. Our parents used to just plot us in front of the TV. So we have adopted a slight American tone of phrase.”

The rosehaven star then joked, “I remember lying on the floor a lot as a kid, watching TV, that’s some of my main memories. I don’t remember a lot of parenting.”

While McGregor’s reasoning might seem a little random, it’s quite common for children and even adults to pick up a new accent. The phenomenon is known in the science world as ‘The Chameleon Effect’.

The phrase was coined by researchers Tanya Chartrand and John Bargh in 1999and refers to the human tendency to mimic others automatically, in both bodily movements, gestures and accents.

In 2010, a study conducted by researchers at the University of California, Riverside and headed by Professor Lawrence Rosenblum, found that those who mimic accents are also naturally nicer people and more empathetic.

The reason? Most of the time when we imitate someone or something it’s to build rapport and show admiration for others.

READ MORE: The simple trick to make you fall asleep 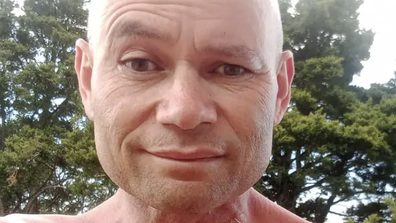