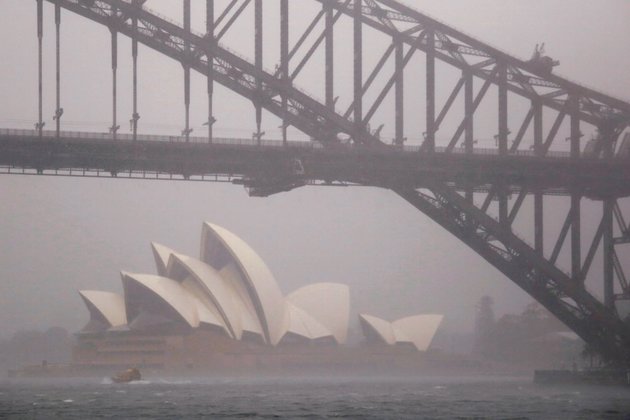 Sydney – With a third La Nina weather event underway, Australia is changing the way it prepares for natural disasters. Two key emergency agencies are being merged after criticism of the official response to record-breaking floods earlier this year.

Australia is preparing for a potentially damaging spring and summer.

Severe storms, intense rainfall, and large hail are expected to hit the eastern states in the next three months, while bushfires are expected in northern parts of Australia.

FILE – A man paddles on a stand-up paddle board through a flooded street at Windsor on the outskirts of Sydney, Australia.

A third consecutive La Nina event is underway, which typically brings above-average rainfall in spring and summer. Climate experts have warned that global warming is making this naturally occurring weather pattern even worse.

Officials have said the new agency will improve Australia’s response to natural disasters. Earlier this year, residents in some flood-hit towns were forced to fend for themselves because emergency services were overwhelmed. Volunteers in the city of Lismore, north of Sydney, took to small boats and other watercraft to rescue residents stranded in fast-moving floodwaters.

FILE – People look at a flooded park due to torrential rain in the Camden suburb of Sydney, Australia, July 3, 2022.

Murray Watt, the federal minister for emergency management, told the Australian Broadcasting Corp. that the authorities will now be better prepared.

Over the past 18 months, many communities in Australia have been affected by floods. Some have been inundated more than once.

FILE – A passenger in a car waves for assistance as a flash flood sweeps across an intersection in Toowoomba, 105 km (65 miles) west of Brisbane, Australia, Jan. 10, 2011.

It is estimated that 1 in 10 Australian homes are now vulnerable to flooding, according to the Insurance Council of Australia.

Other experts in Australia are urging communities to prepare their own flood disaster escape plans. This includes identifying the best route to safe locations, always having at least half a tank of fuel in a vehicle, and turning off electricity, gas, and water at the mains before departure.

Australia is a familiar land with nature’s extremes. Heatwaves are its deadliest natural hazard. 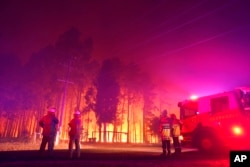 An official inquiry into the 2019-’20 Black Summer bushfires and warned that climate change was inevitable, that ‘compounding disasters’ in Australia would become more frequent.

The October 2020 report of the Royal Commission into Natural Disaster Arrangements said that natural hazards – such as wildfires, floods and storms – could happen simultaneously or one after another.