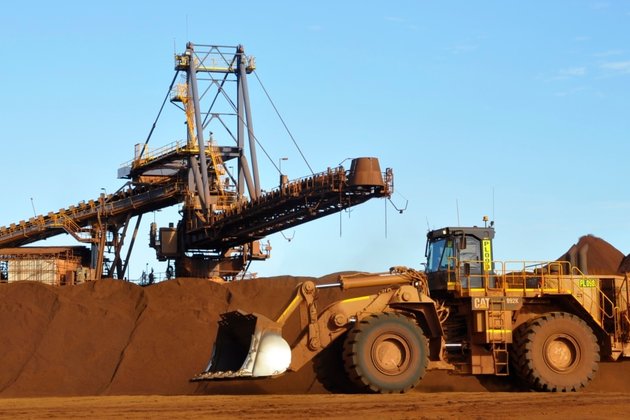 sydney – Australian resources giant Fortescue Metals Group – one of the world’s largest iron ore producers – has outlined a $6 billion plan to switch to renewable energy by 2030. Its billionaire owner Andrew Forrest has urged other heavy industries to follow.

The plan by Fortescue is to eliminate fossil fuel use from its operations and reduce its emissions to zero by 2030.

There will be massive investment in the generation of renewable sources of energy to power its mining enterprise, including the electrification of the railway that transports its iron ore.

The miner intends to ditch key fossil fuel-related operations such as diesel and gas in favor of wind and solar to hit “real zero” emissions.

The ambitious project would make Fortescue the first heavy industry of its size in the world to switch to green energy by 2030.

Fortescue’s chairman, Andrew Forrest, has been explaining his vision at the United Nations in New York.

He urged other heavy industries to follow his company’s lead on renewables.

“Fortescue Metals group has proven you have an alternative and it is a good commercial, solid alternative,’ he said. ‘You can make money and you can stop cooking our planet. I am saying to every heavy industry company, every heavy manufacturing company , take the first step.”

Forrest is convinced of the dangers of global warming. He quickly warned that heavy industries need to act because “climate change continues to worsen”.

Fortescue said in 2020 it would move towards decarbonizing its mining operations.

Other major resource companies, including Rio Tinto, are also investing in wind and solar projects to power their iron ore mines in Western Australia.

Tristan Edis, the director of analysis and advisory of Green Energy Markets, a research and consultancy company, says Fortescue’s plan will set the standard.

“Where this is probably the next advancement is that they are talking about re-powering absolutely everything; the trucks, the rail, not just their standard electricity supplies,” Edis said. ‘That is really where this is quite extraordinary.”

Australia’s recently approved climate policy aims to cut the nation’s emissions by 43% by 2030 and to achieve a net-zero target by 2050, but the center-left government has refused to rule out new coal and gas projects.

Much of Australia’s electricity is generated by fossil fuels, which are also a major export earner.

A reliance on coal and gas has made Australia one of the world’s highest per capita greenhouse emitters.

Scientists have warned that global warming will intensify the impact of natural disasters in Australia, including floods, bushfires, droughts and heatwaves.