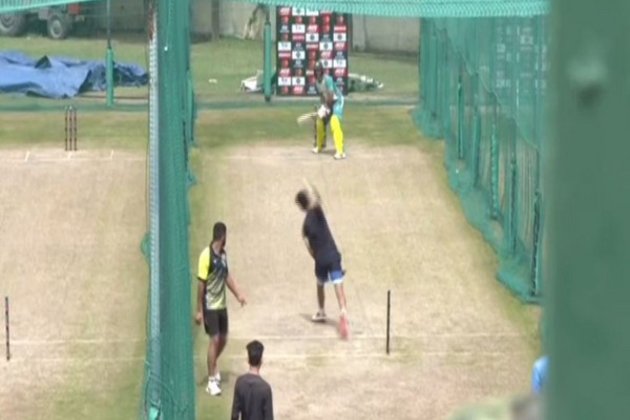 Mohali (Punjab) [India]September 19 (ANI): The Australian team held a practice session on Monday ahead of their first T20 match against India at Mohali.

Captain Aaron Finch, all-rounders Glenn Maxwell and Cameron Green were among some of the players spotted sharpening their skills for the tough Indian challenge in subcontinent conditions.

Australia has had a solid practice in T20I this year. They started the year by playing Sri Lanka at home and winning the T20I series 4-1. After this, they toured Pakistan for a multi-format series where they won the solitary T20I.

Following this, they toured Sri Lanka for a multi-format series and won the 20-over series by 2-1. Aussies’ most recent matches were against New Zealand at home. Australia prevailed in this ODI series by 3-0.

After this, West Indies will tour Australia to play two Tests and two T20Is, with the latter played on October 5 and October 7. This will be followed by England touring Australia for both white-ball formats. Three T20Is between two arch-rivals will take place from October 9 to October 14.

Australia will start their ICC T20 World Cup title defense in October. The World Cup will take place from October 16 to November 13.