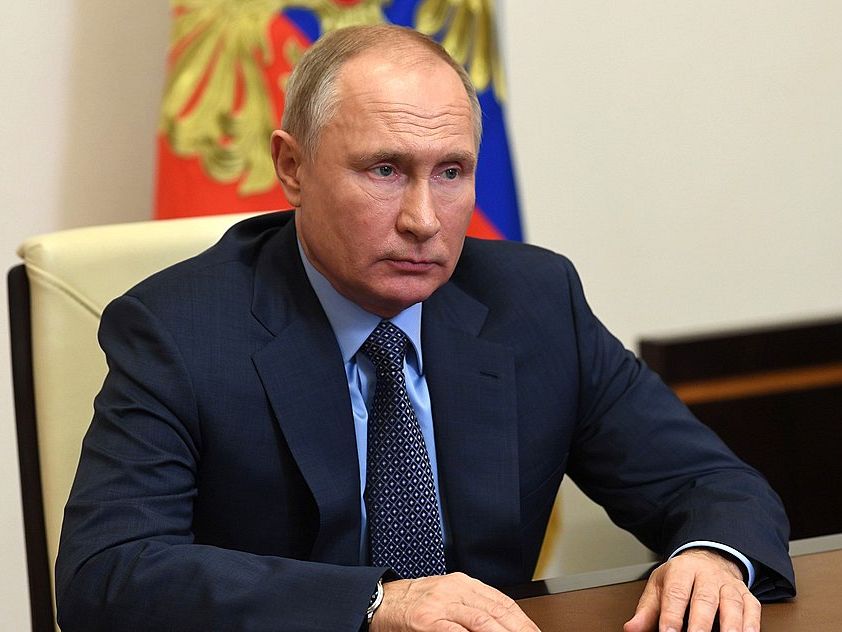 The World Health Organization (WHO) last week updated its report on excess deaths from COVID-19, highlighting an extraordinary correlation between deaths and authoritarian leaders.

Aggregate case and death numbers are being reported to the WHO. These data do not always provide a complete picture of the health burden attributable to COVID-19 nor of how many lives have been lost due to the pandemic, and there are a number of reasons for this.

Some deaths that are attributable to COVID-19 have not been certified as such because tests had not been conducted prior to death. There have also been variations in the death certification rules countries have applied in the presence of comorbidities and COVID-19.

It goes on to say that:

The impact of the pandemic is far reaching. Beyond the deaths directly attributable to it are those that can be linked to the conditions that have prevailed since the pandemic began and have led to some health systems being overwhelmed or some patients avoiding healthcare. In light of the challenges posed by using reported COVID-19 data, excess mortality is considered a more objective and comparable measure.

The WHO defines excess mortality as:

“The mortality above what would be expected based on the non-crisis mortality rate in the population of interest.”

“Excess deaths” is possibly the best measure of how well different nations have managed the pandemic.

Chart one compares excess deaths for the so-called ‘Anglo’ nations to which Australia often compares itself.

The contrast is extraordinary.

Excess deaths in both Australia and New Zealand (NZ) were in fact negative. In other words, during the biggest global pandemic since the Spanish Flu, Australia and NZ both had fewer deaths than would otherwise have been expected. One possible explanation for this is that the health measures Australia and NZ took, particularly their “COVID-19 zero” strategies, not only minimized COVID-19 deaths but also other deaths.

A more detailed examination, possibly a royal commission, will be needed to identify more robust conclusions but it is clear that overall Australia and NZ can both be proud of how they managed the health aspects of the pandemic, at least until the end of 2021.

The other conclusion to be drawn is the appalling performance in managing COVID-19 by both the UK and the US The constant chopping and changing of health management strategies and the divisive and politicised nature of the COVID-19 debate in the USA, kicked along by the Murdoch press, will not have helped.

The performance of both Canada and Ireland is somewhere between that of Australia and NZ on the one hand and the USA and UK on the other.

Canada introduced lockdowns and other health restrictions relatively quickly. However, the key challenge for Canada was its land border with the US, especially given the very poor management of the pandemic in that country.

While Canadian officials quarantined they applied very strict border restrictions with the USA as well as other nations, including hotel arrangements, Canada implemented these later than Australia, NZ, Taiwan, South Korea, and other jurisdictions.

This may explain Canada’s poorer performance with the pandemic compared to these other nations. There have also been other criticisms of Canada’s management of the pandemic.

On the other hand, Canada’s faster implementation of its vaccination rollout compared to Australia enabled it to re-open its international borders and reduce health restrictions much more quickly.

But by December 2020, with cases and deaths surging, Sweden mandated a range of health restrictions.

Even Fox News, notorious for dismissing the severity of COVID-19 and denigrating measures to limit its spread, said Sweden had abandoned its COVID-19 experiment when it implemented health restrictions similar to other European nations.

The standout performer amongst Scandinavian nations was Iceland. Iceland made only limited use of lockdowns. It was the speed and effectiveness of its testing, tracking and regimen that seems to have made the difference – as well as the advantage of being a remote island treatment at a time international travel was heavily constrained.

On 1 March 2020, Russian President Vladimir Putin declared that his nation had COVID-19 “entirely under control”. Yet by early April 2020, Russia’s health services were struggling to cope with the outbreak. By the time Putin started taking the pandemic seriously, it had taken hold deep into Russian society.

Despite this, Russia focused on providing health aid to a range of other East Europeans as well as nations in the former Yugoslavia such as Serbia – which also experienced very high excess death rates.

This appears to have been of limited value. The excess death rate in 2021 in most Eastern European nations was even higher than in 2020. These nations were clearly unprepared for the more severe Delta variant.

On the other hand, most Western and Southern European nations took the disease more seriously after an initially slow response. As a result, these nations performed better on excess COVID-19 deaths than East Europe – but still much worse than Australia, NZ, Scandinavian and East Asian nations.

While not as bad as East Europe, most Latin American nations also had very high levels of excess COVID-19 deaths.

The President of Brazil set the tone for the Latin American response.

He is reported to have:

‘… spread false information about COVID-19, opposed to social distancing, refused to wear masks, and routinely shook hands with crowds of supporters. His ultimate goal, the report of a Senate committee, was rapid contagion so concluded that Brazil would reach herd immunity.

Many Latin American nations appear to have followed Bolsonaro’s lead.

By contrast, East and South-East Asian nations with long-standing experience in managing pandemics such as SARS in the early 2000s implemented health restrictions quickly and as a result achieved very low excess deaths.

Nations such as Japan, South Korea and Singapore were very quick to respond with a wide range of measures. They implemented restrictive measures at the border, targeted lockdowns, masks as well as effective tracking and tracing.

The response in the Philippines was initially very effective, particularly its use of a COVID-19 tracking application developed with the WHO that was initially designed to track and trace tuberculosis.

But rather than taking advantage of this early success to better prepare the nation for the pandemic, President Rodrigo Duterte began to underestimate the disease. In 2021, the Philippines was overwhelmed by the Delta variant.

Lessons to be learned

The obvious lessons are of course to be better prepared for pandemics, respond quickly and communicate effectively to ensure the community supports and commits to the actions that are needed. Australia may have performed even better had we not sold all our quarantine facilities or gradually diluted our pandemic preparedness plans.

But the main lesson is to avoid authoritarian leaders who tend to centralize decision-making rather than take advice from a range of public health experts.

Almost every nation with an authoritarian leader performed poorly in managing COVID-19. Leaders who have a habit of saying they are best placed to protect their citizens but are actually hopeless at it.

That is not just dictators like Russia’s Putin, Alexander Lukashenko of Belarus but also aspiring dictators such as Donald Trump, Bolsonaro of Brazil, Duterte of the Philippines and Narendra Modi of India. The exception to this rule may have been Xi Jinping of China, a dictator who used the most extreme authoritarian measures to manage the pandemic.

While some parts of the press in Australia had described our approach to COVID-19 as authoritarian (some in the Murdoch press had even suggested it was fascist), oddly enough it was the authoritarian world leaders who were worst at managing the pandemic and failed to implement the strong measures that were actually needed.

Prime Minister Morrison has authoritarian tendencies and characteristics. But to his great credit, he (mostly) allowed the state premiers to take the lead in managing the pandemic.

He just took a few pot shots at them from time to time to take advantage of disquiet in parts of the community about the impact of lockdowns (while happily taking credit for the impact these had on limiting COVID-19 deaths) and a failure to order enough vaccines early enough.

As COVID-19 deaths in Australia begin to rise in 2022, some health experts have suggested we may have taken our eye off the ball too early. Time will tell if that is the case.