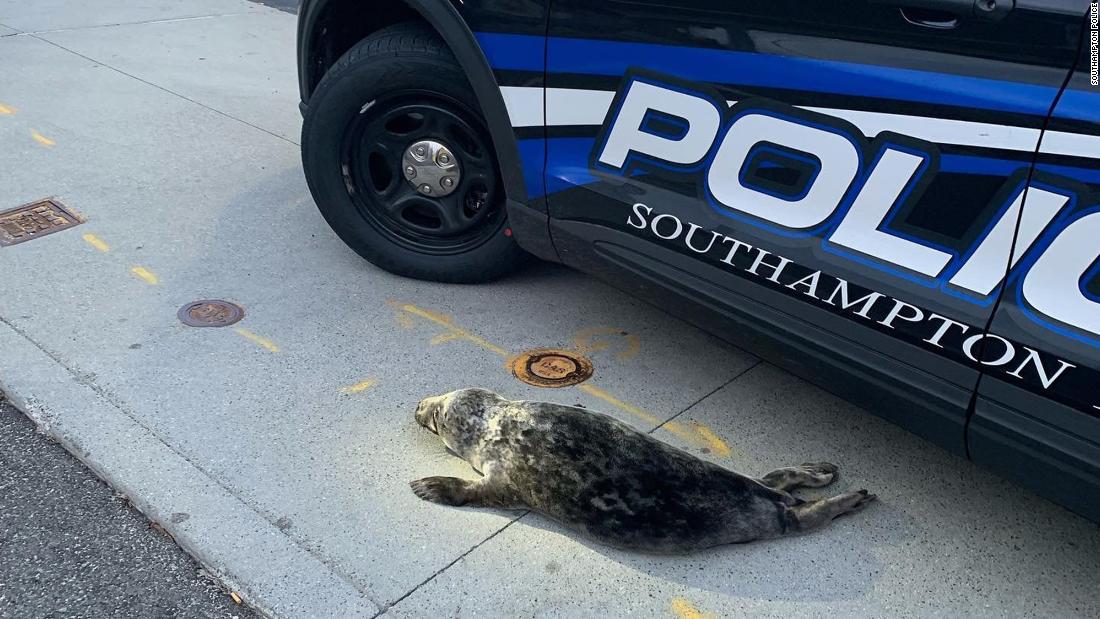 “Some of our officers responded and found a baby harbor seal in the roadway,” a Facebook post from the Southampton Town Police Department said.

Residents called police after the seal was seen wandering through a Long Island parking lot, police Sergeant Jim Cavanagh told CNN. The seal made its way toward the entrance of a nearby hotel before it was contained in the traffic circle, Cavanagh said.

“What we believe happened is that the seal swam up the Potomac River, probably behind a big school of alewife fish,” Cavanagh explained. “The seal probably climbed up out of the river ending up in a park. There, it probably just got turned around and then traveled somewhere between 500 and 700 feet into the traffic circle.”

The New York Marine Resource Center felt a team to help retrieve the baby seal and it was brought to a rehabilitation center in Riverhead, rescue center Program Director Maxine Montello told CNN.

“The animal is in good condition,” Montello said. “We just think he wandered a little too far from the beach. Hopefully we’ll be able to get him back to the beach as soon as possible.”

Montello said cases like this are uncommon but not unprecedented. A seal was recently found underneath someone’s car and another was found in a Staten Island backyard several years ago, she said.

Harbor seals are usually seen resting on rocks and beaches along the coast and spend their time foraging for fish, shellfish and crustaceans, according to the National Oceanic and Atmospheric Administration.

Montello noted we are entering “seal season,” when seals and humans are using Long Island beaches at the same time, and calls to the rescue hotline increase.

Seals are federally protected by the Marine Mammal Protection Act, and experts say people should keep a minimum distance of 150 feet from the animals.