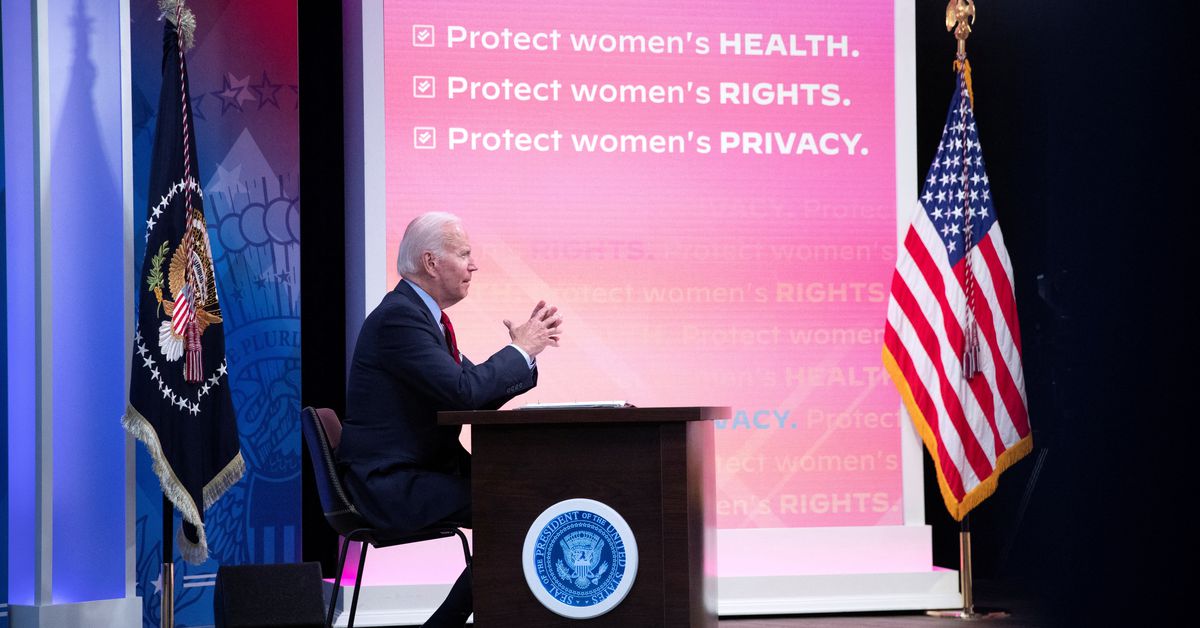 WASHINGTON, July 1 (Reuters) – President Joe Biden predicted on Friday that some US states will try to arrest women for crossing state lines to get abortions after the Supreme Court overturned the constitutional right to the procedures nationwide.

Thirteen Republican-led states banned or severely restricted the procedure under so-called “trigger” laws after the court struck down the landmark 1973 Roe v. Wade ruling last week. Women in those states seeking an abortion may have to travel to states where it remains legal.

Convening a virtual meeting on abortion rights with Democratic state governors on Friday, Biden said he thinks “people are gonna be shocked when the first state … tries to arrest a woman for a state line to get health services.”

He added: “And I don’t think people believe that’s gonna happen. But it’s gonna happen, and it’s gonna telegraph to the whole country that this is a gigantic deal that goes beyond; I mean, it affects all your basic rights.”

Biden said the federal government will act to protect women who need to cross state lines to get an abortion and ensure their access to medication in states where it’s banned.

New Mexico’s governor, Michelle Lujan Grisham, told the meeting her state “will not cooperate” on any attempts to track down women who have had abortions to punish them. “We will not extradite,” she said.

Abortion rights groups have filed legislation in multiple states seeking to preserve the ability of women to terminate pregnancies.

Judges in Florida, Louisiana, Texas and Utah have since issued decisions preventing those states from enforcing new restrictive abortion laws, while Ohio’s top court on Friday declined to block the Republican-led state from enforcing an abortion ban. read more

New York Governor Kathy Hochul told the group that “just a handful of states” are going to have to take care of health of women across the country.

“There is such stress out there,” Hochul said. “It is a matter of life and death for American women,” she added.

Biden also told the group there were not enough votes in the Senate to scrap a supermajority rule known as the filibuster to codify Roe v. Wade’s protections into law.

He had proposed that senators remove the filibuster but the suggestion was shot down by aides to key Democratic lawmakers. read more

“(The) filibuster should not stand in the way of us being able to (code Roe),” Biden said.