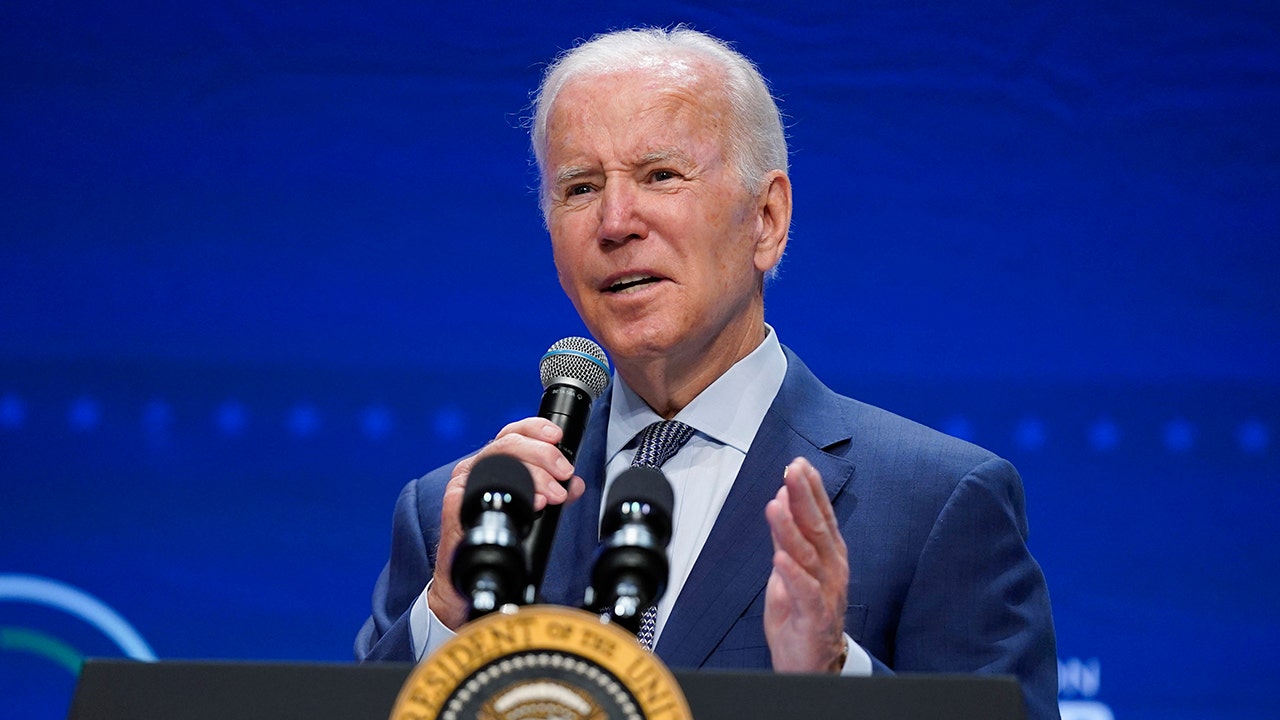 President Biden warned oil and gas companies Wednesday not to use Hurricane Ian as an “excuse” to raise gas prices.

President Biden issued a direct warning to energy company executives, threatening to investigate any price gouging in the aftermath of Hurricane Ian.

Major oil producers, including BP and Chevron, shut some offshore production in the Gulf of Mexico this week as Ian gained strength.

“I want to add one more warning […] to the oil and gas industry executives. Do not — let me repeat, do not — use this as an excuse to raise gasoline prices or gouge the American people,” Biden said Wednesday as the eyewall moved onshore in Florida.

“My experts informed me the production of only about 190,000 barrels a day have been impacted by the storm thus far,” Biden said. “That’s less than two percent of the United States daily production impacted for a very short period of time.”

The president continued, adding that his experts have told him this minimal impact on oil production should not affect energy prices.

A customer fills canisters at a gas station ahead of Hurricane Ian in Tampa, Florida, on Tuesday, Sept. 27, 2022. (Eva Marie Uzcategui/Bloomberg via Getty Images / Getty Images)

“This small temporary storm impact on oil production provides no excuse, no excuse for price increases at the pump. None,” Biden told the audience. “If the gas companies try to use this storm to raise prices at the pump, I will ask officials to look into whether price gouging is going on.”

“America is watching. The industry should do the right thing,” he added.

A gasoline pump is shut down and wrapped in plastic in St. Pete Beach ahead of Hurricane Ian on Sept. 27, 2022, in St. Petersburg, Florida. (BRYAN R. SMITH/AFP via Getty Images / Getty Images)

GET FOX BUSINESS ON THE GO BY CLICKING HERE

Biden said he has spoken with Florida Gov. DeSantis and that his team had been in constant contact with him from the beginning.

“I made it clear to the governor and the mayors that the federal government is ready to help in every single way possible,” the president said, adding that the danger is “real.”

Biden assured Florida officials that the federal government would be there to help rebuild.