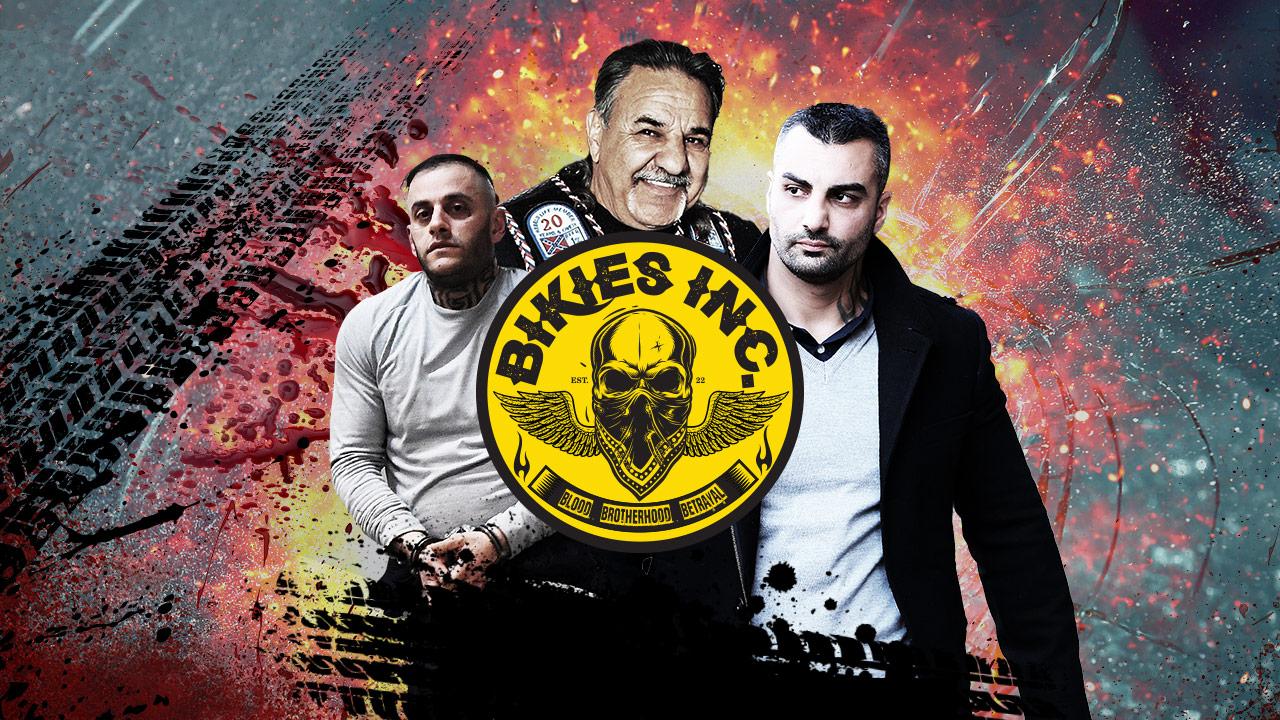 The Bikies Inc. podcast lifts the lid on Australia’s outlaw motorcycle gangs, who now control more than $3 billion worth of illegal drugs each year.

Bikies have moved on from riding Harleys. Now they are multinational drug cartels.

The Comanchero, the Hells Angels, the Bandidos, the Mongols, the Finks, and the Lone Wolf are among Australia’s most powerful outlaw motorcycle gangs. And they’re getting more dangerous.

“They have metamorphosed into a very commercial enterprise. Still with a key feature of a level of violence.”

In this eight-part series, you will hear tales from inside bikie gangs, car bombings in Greece, how a Sydney underworld figure was murdered in cold blood and how police are stopping some of the violence.

The podcast also debunks the brotherhood myth once and for all.

“The brotherhood thing is just a myth,” the head of the Australian Criminal Intelligence Commissioner Mike Phelan tells the podcast.

“At the end of the day, they are just a group of criminals that work together. And human life and the individuals that work from them are expendable.”

Bikies Inc is an investigation available with a subscription, featuring videos, award winning journalism and an eight part podcast. Subscribers can hear episode 1 of the podcast in full, here now:

Australian bikies are making $8 million a day from cocaine and ice sales, as the brotherhood evaporates amid increasing bloodshed and betrayal.

MORE: How bikies make their billions off cocaine

Cryptocurrency is the new washing machine for bikies’ illegal cash, with corrupt accountants, lawyers and even doctors throwing away their careers to aid criminals.

“She called me saying goodbye because he had guns and stuff buried on his property and she was certain he was going to kill her that night.” Lili Greer’s fight for justice for her mum Tina murdered by her her bikie boyfriend.

Bikie gangs are arming themselves with weapons used by Islamic State terrorists, as police recover arsenals of illegal AK 47s.

The Rebels bikie gang has never recovered from the exile of its president Alex Vella, who remains stranded in Malta. Section 501 of the Migration Act has been used to smash bikie gangs, but has increased crime in New Zealand.

Drugged up bikies have killed innocent victims in mistaken identity hits, while there have been near misses at a childcare center and amid Australia’s escalating bikie wars hospital.