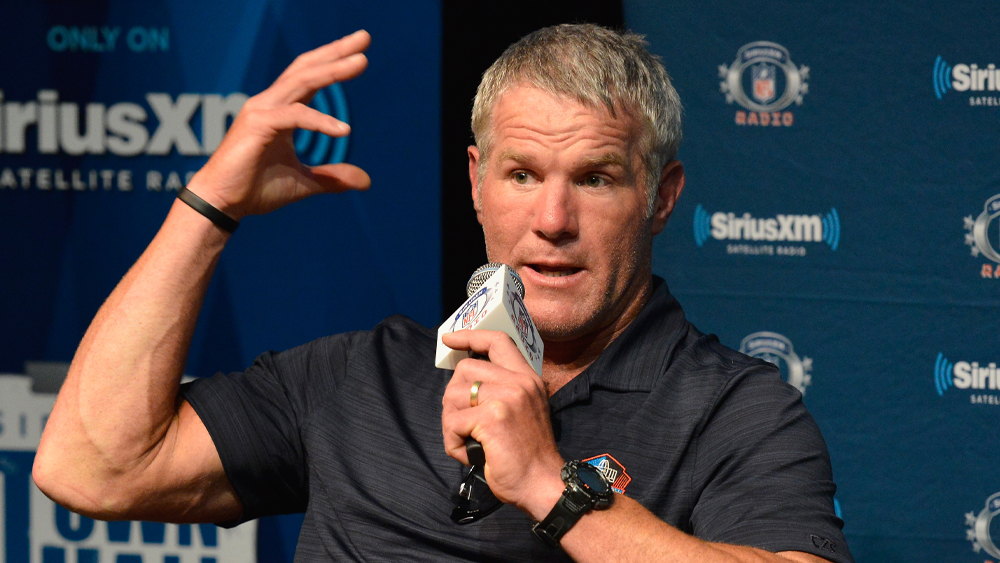 Brett Favre is facing fraud allegations and SiriusXM has taken the step of placing his show on hold. The former football player has been hosting the show The SiriusXM Blitz With Brett Favre and Bruce Murray since 2018 and last aired on September 13.

The Mississippi Department of Human Services sued the retired NFL quarterback along with three former wrestlers and businesses in an effort to recover “misspent welfare dollars” that were supposed to people in need, according to ESPN. The lawsuit claims the defendants “squandered” more than $20 million from the Temporary Assistance for Needy Families program.

According to recent text messages that came to light, Favre, Mississippi Gov. Phil Bryant, the former executive director of the Mississippi Department of Human Resources John Davis and Nancy New, allegedly worked to divert funds from the welfare program to fund a volleyball stadium at the University of Southern Mississippi.

Davis recently pled guilty to charges of embezzlement and conspiring to defraud.

Favre has denied doing anything wrong but for now, his SiriusXM show has been put on pause. NBC Sports also reports that his weekly appearances on ESPN Milwaukee have also been suspended.