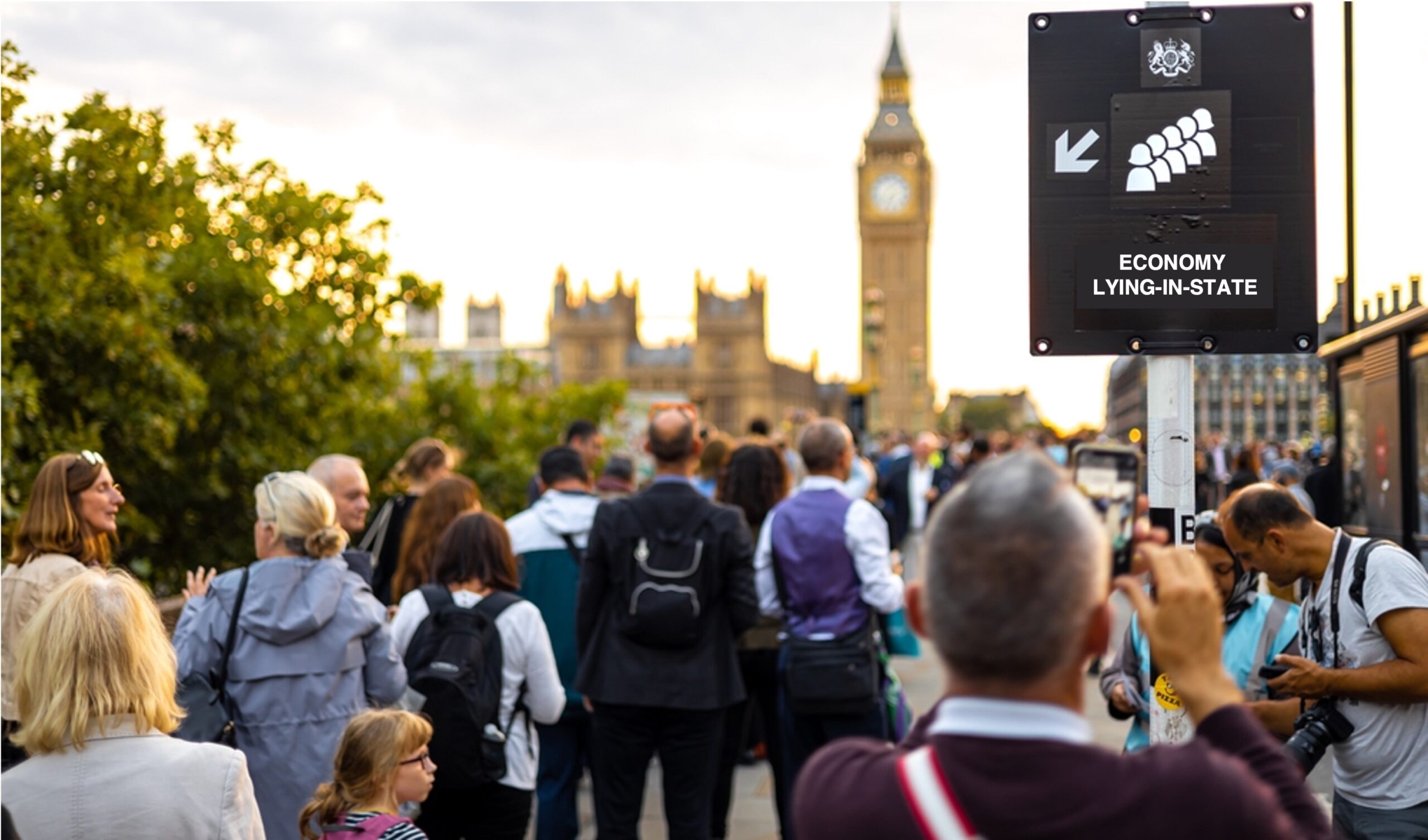 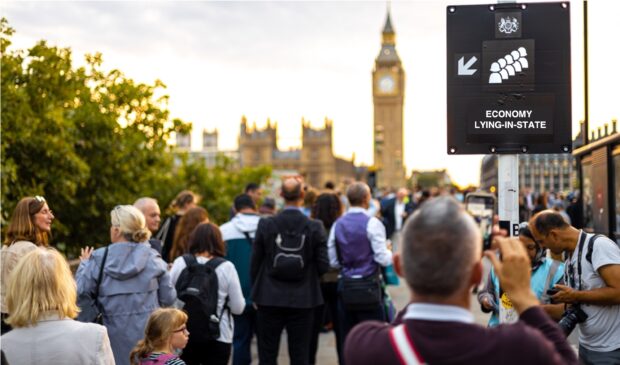 Hundreds of thousands of people have joined a queue in London to pay their respects to the British economy, which is lying in state after dying earlier this week.

Some people have waited for more than 24 hours in the queue, which snakes along the Thames towards the Houses of Parliament.

Valery Mason, who traveled from Manchester to join the queue, said she wanted to say goodbye to the economy, which has served the British people for decades.

“The economy was such an integral part of our lives – I can’t remember a time without it. So I just wanted to say thank you,” she said.

Keith Hamlet, from London, said it wouldn’t be the same without the economy. “It’s just always been there. Even though there have been ups and downs, the economy has always provided this sense of continuity. And now it’s gone – lifeless. I’m certainly going to miss it,” he said.

A funeral will be held next week.