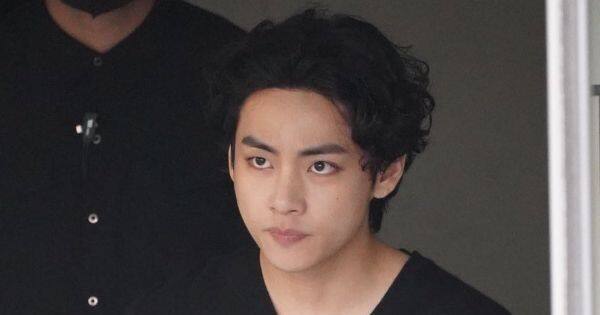 BTS members love ARMY and ARMY loves BTS. There have been several instances in the past where we have seen them expressing their love for each other. Now, Kim Taehyung aka V’s latest pics are making them swoon over him. He has posted the video on Instagram and was also spotted in black tee. Also Read – BTS Festa 2022: J-Hope reveals Grammy performance was a letdown; shares desire to showcase extremely dark and raw side

Reacting on the pics, a fan wrote, “HOLY, KIM TAEHYUNG IS SO HOT. THAT GAZE THOUGH.” Another comment read, “This kim taehyung will go down in history for being iconic and the hottest man alive.” Have a look at some of the reactions below: Also Read – BTS Festa 2022: Jungkook, Jimin, Taehyung and other members’ FAVE Korean meals ARMYs should try on their 9th anniversary

This kim taehyung will go down in history for being iconic and the hottest man alive. pic.twitter.com/VyU9FkFwyH

HOLY, KIM TAEHYUNG IS SO HOT. THAT GAZE THOUGH pic.twitter.com/7bb6A6x41f

Meanwhile, he was asked about getting a tattoo on VLIVE and he said, “I haven’t gotten the tattoo yet! done with jungkook once i choose where i’ll get it done.” Also, according to reports, Kim Taehyung became the Fastest Asian to surpass 5M likes on Instagram History. This was when his mirror selfie crossed 5M likes in just 1 hour and 20 minutes.