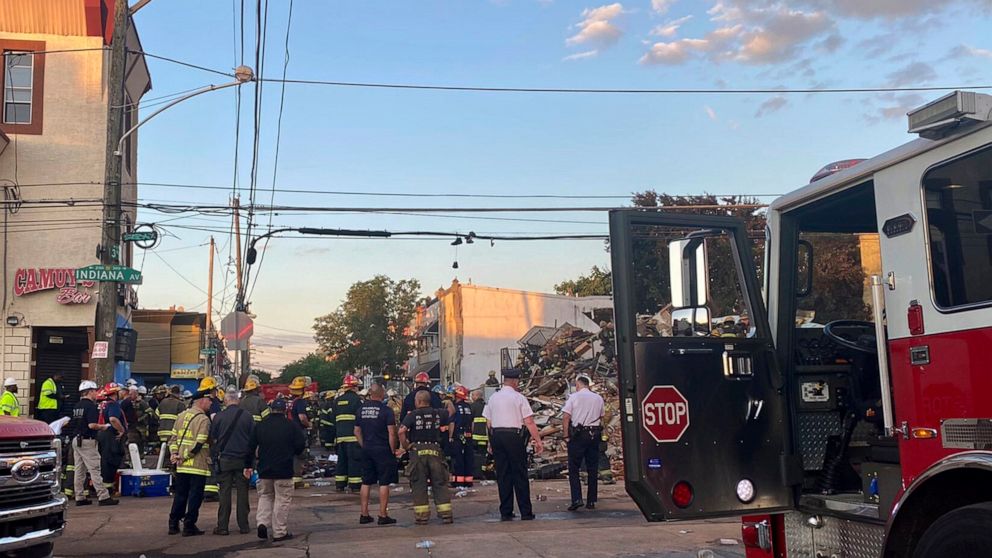 The fire was reported just before 2 am Saturday in the building in north Philadelphia, eight occupants were safely evacuated and the fire had been declared under control, officials said. At 3:24 am, the building collapsed, Deputy Fire Commissioner Craig Murphy said.

Lieutenant Sean Williamson, 51, was pronounced dead at the scene after he and another firefighter were freed from the rubble hours after the collapse. Three other firefighters and an inspector with the city’s Department of Licenses and Inspections had been freed quickly. One firefighter jumped from the second story to avoid being caught in the collapse, Murphy said. Two firefighters were listed in critical but stable condition at Temple University Hospital while the other three victims were treated and released, officials said.

Fire Commissioner Adam Thiel said in a statement Saturday afternoon that the department is grieving with “family, friends, and community.” He added, “It is not possible to express in words what we feel at this time.” Murphy had told reporters at a briefing at about 8 am Saturday that “It’s going to be a rough few weeks coming up.”

Mayor Jim Kenney called it “a heartbreaking day for our city.”

“For more than 27 years, he dedicated his life to serving and protecting the people of Philadelphia, and sacrificed his life protecting others,” Kenney’s statement said. “Early this morning, like every day, he exemplified heroism by doing what our first responders do every day: put on their uniform, leave their loved ones, and carry out their sworn duty to protect and serve the residents of this city.”

The fire marshal’s office is investigating the cause of the fire with assistance from the Federal Bureau of Alcohol, Tobacco, Firearms and Explosives. Investigators were looking into what caused the collapse. Murphy said the building had been affected by the fire, but it was unclear what made it come down.

Numerous firefighters were standing nearby as the rescue effort unfolded, and some were seen hugging or wiping tears from their eyes, multiple news outlets reported.

Patricia Sermarini told The Philadelphia Inquirer that she hit the site when she saw the alert about the collapse because her son-in-law, a firefighter, was on the morning shift. She said he had been one of the firefighters on scene but he had made it out of the building just before it collapsed.

But moments later, Sermarini said, she saw firefighters pull a body out from the rubble.

“It’s so terrible,” she said. “This is so hard for them. They just want to get home to their families.”