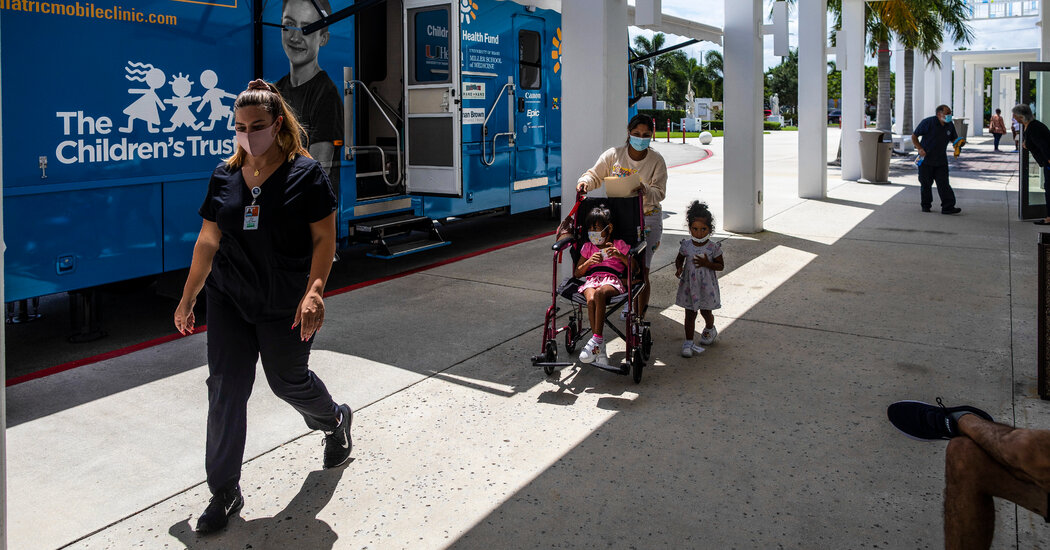 Scientific advisers to the Centers for Disease Control and Prevention began meeting on Saturday to decide whether the benefits of Covid vaccines outweigh the risks for children under 5, one of the last group of Americans to qualify for the shots.

The meeting, which is streaming live here, began at 10 am Eastern time. The advisers are expected to vote yes, despite reservations about the paucity of data, especially regarding the efficacy of the Pfizer-BioNTech vaccine.

On Friday, the CDC’s advisers heard evidence supporting the effectiveness of the vaccines in the youngest children. But the committee repeatedly pressed Pfizer on its estimates and noted that three doses of that vaccine would be needed to protect children, compared with two doses of the Moderna vaccine.

Both vaccines are safe, and both produced antibody levels similar to those seen in young adults. If the committee’s endorsement on Saturday is swiftly followed by a green light from the agency’s director, Dr. Rochelle Walensky, states are preparing to begin immunizing the children next week.

Among the tasks facing the CDC panel on Saturday is the difficulty of recommending two very different vaccines for the same population.

“The implementation of these two rollouts is going to be incredibly challenging,” said Katelyn Jetelina, a public health expert and author of the widely read newsletter “Your Local Epidemiologist.”

“There’s going to have to be a lot of proactive communication about the difference between the two and the implications of taking one over the other,” she said.

In its clinical trials, Moderna found that two shots of its vaccine, each with one-fourth of the adult dose, produced antibody levels that were at least as high as those seen in young adults.

Based on those data, the FDA authorized two shots of the Moderna vaccine, spaced four weeks apart.

The Pfizer-BioNTech vaccine also produced a strong immune response, but only after three doses, company officials told the scientific advisers on Friday.

Two doses of the vaccine were inadequate, they said — justifying the FDA’s decision in February to delay authorizing the vaccine until regulators had data regarding three doses. Two doses may not have been enough because the company gave the children just one-tenth of the adult dose in each shot, some advisers said.

The vaccine has an overall efficacy of 80 percent in children under 5, Pfizer’s scientists claim on Friday. But that calculation was based on just three children in the vaccine group and seven who received a placebo, making it an unreliable metric, the CDC’s advisers noted.

“We should just assume we don’t have efficacy data,” said Dr. Sarah Long, an infectious diseases expert at Drexel University College of Medicine. But Dr. Long said she was “comfortable enough” with other data supporting the vaccine’s potency.

Three doses of the Pfizer vaccine produced antibody levels comparable to those seen in young adults, suggesting that it is likely to be just as effective.

Either vaccine would be better than none, Dr. Towner added. He predicted that some parents may opt for Moderna because bringing children to a pediatrician for two shots is easier than arranging for them to receive three doses.

The Pfizer vaccine was authorized for children 5 to 11 in November, but fewer than 30 percent in that age group have received two shots. Parents of the youngest children may be more willing to opt for a Covid vaccine if it can be offered alongside other routine immunizations, Dr. Towner said.

“That’s the area that a lot of people are not sure of right now,” he said. “I’m hoping there’ll be some guidance offered around that.”