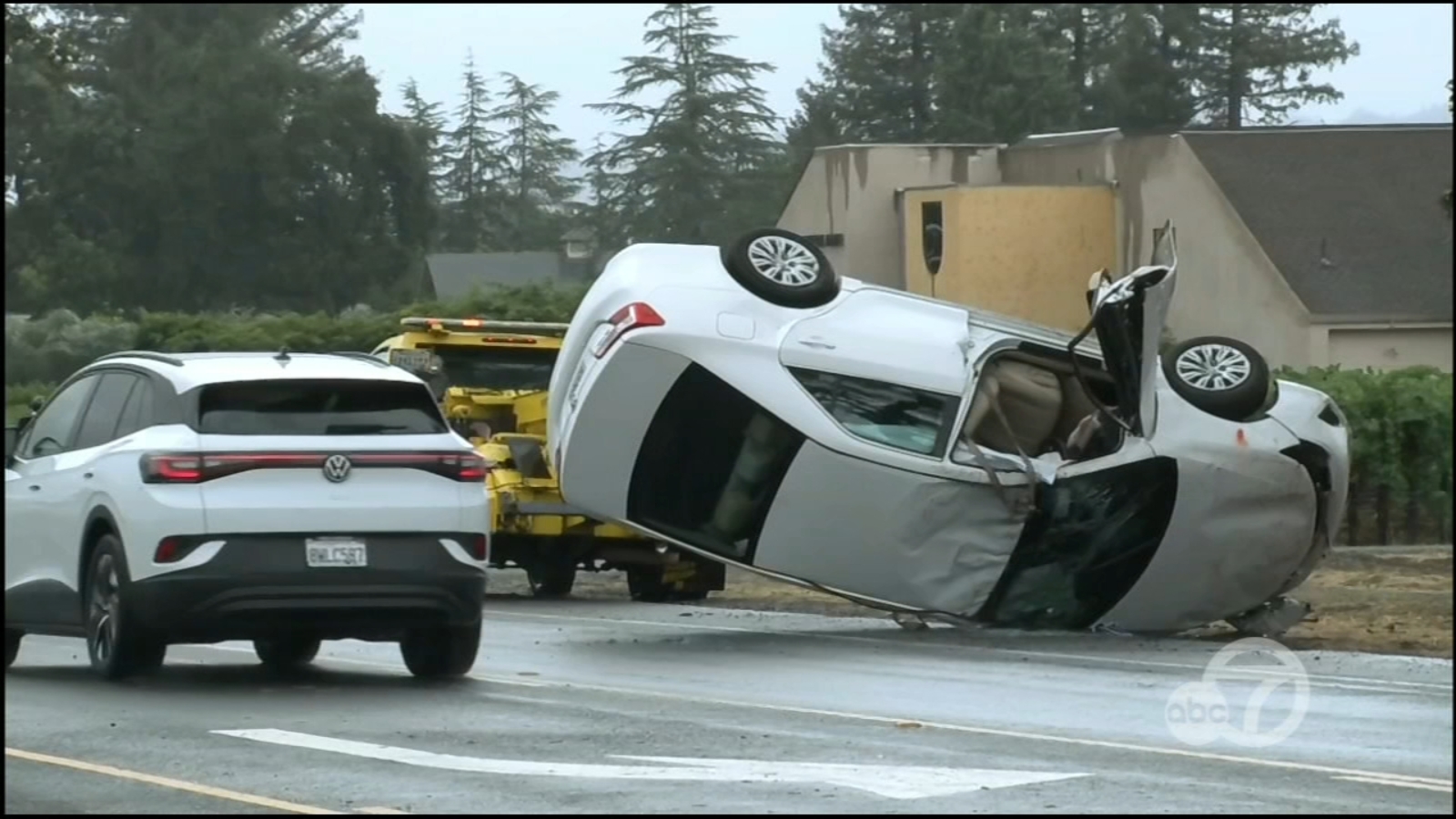 “I came out, my car’s not damaged I’m happy about that,” said Jamie Seaman.

A Sunday morning surprise for neighbors on Quigg Drive in Santa Rosa, half of a tall tree splitting, and toppling overnight, hitting a car.

“Last night, we had a lot of wind it looks like it came down,” said Seaman.

The National Park Service shared a picture, after gusty winds downed a tree on Ottinger’s Hill at Pt. Reyes.

The steady rain made treacherous driving. The CHP says weather conditions likely caused this driver of a car to spinout, strike a tree and rollover on Whitehall Lane near Yountville. Two people were sent to the hospital with injuries.

The storm caused about 4,000 PG&E customers in Napa to lose power after a utility pole sparked.

“The dog starting barking at 1am, I looked out the window then fireworks, It looked like something blew up on the power pole, dripping embers,” said neighbor Chuck Taylor.

Napa Church held Sunday Services in the dark for its parishioners.

“About 15 mins into service the power went off so we opened the doors for air circulation. It was a little dark but we were able to praise the lord,” said Pastor Jose Miranda from Iglesia Comunidad Vino Nuevo.

In Mill Valley, a steady rain fell most of the day leaving one festival, all wet.

This is tragic, considering it’s a small event, we were always just making it,” said Executive Director Steve Bajor.

Most of the 130 artists attending, packed up early, except Potter Tina Fosella.

“We stuck it out yes, but we’re happy to have the rain in California,” said Fosella.

There’s also a chance of thunderstorms Monday, according to ABC7 meteorologist Lisa Argen.

The chance for scattered showers continues through Tuesday morning.

It’s important to note that this will not end fire season – more likely to slow it.

We need more rainfall up in the lower elevations and solid rain over a period of time to end fire season.

Watch the latest AccuWeather forecast and take a look at recent weather stories and videos.