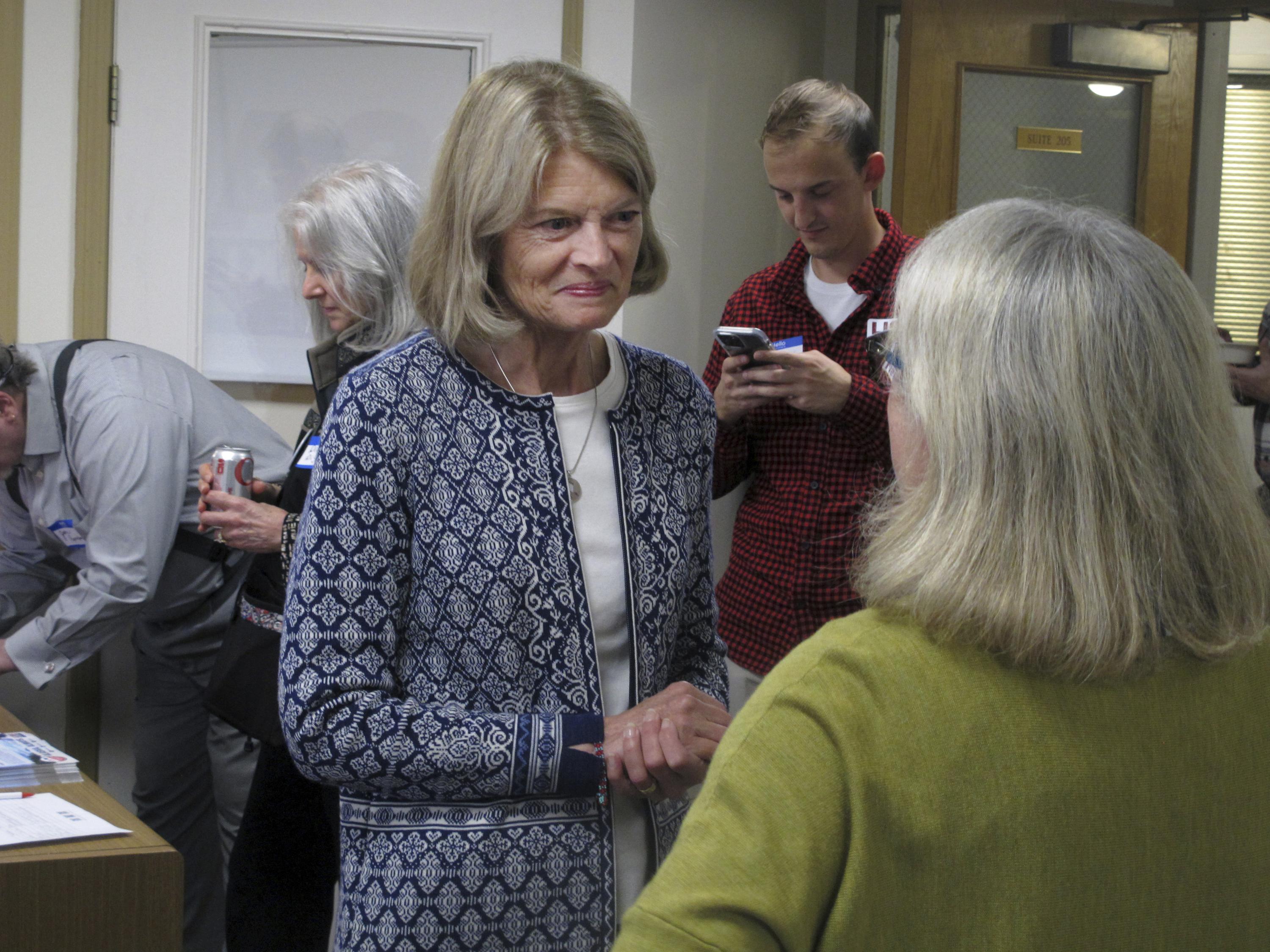 JUNEAU, Alaska (AP) — They hail from their states’ most prominent Republican families. They have been among the GOP’s sharpest critics of former President Donald Trump. And after the Jan. 6 insurrectionthey supported his impeachment.

But for all their similarities, the political fortunes of US Sen. Lisa Murkowski of Alaska and US Rep. Liz Cheney of Wyoming are poised to diverge on Tuesday when they’re each on the ballot in closely watched primary elections.

Cheney faces daunting prospects in her effort to fend off the Trump-backed Harriet Hageman, increasingly looking at a life beyond Capitol Hill that could include a possible presidential campaign. Murkowski, however, is expected to advance from her primary and is already planning to compete in the November general election.

The anticipated nuanced outcomes at least partially stemmed from the nuanced politics of each state. Wyoming is a Republican stronghold, delivering Trump his strongest victory of any state in the 2020 campaign. Alaska, meanwhile, has a history of rewarding candidates with an independent streak.

But Murkowski enjoys an additional advantage in the way elections are being conducted in Alaska this year. Winner-take-all party primaries, like the one Cheney is facing, have been replaced by a voter-approved process in which all candidates are listed together. The four who get the most votes, regardless of party affiliation, advance to the general election in which ranked voting will be used.

Murkowski benefits from avoiding a Republican primary, “which she would have had a zero percent — I mean zero percent — chance of winning,” said Alaska pollster Ivan Moore.

Murkowski has 18 challengers in her primary, the most prominent being Republican Kelly Tshibaka, whom Trump has endorsed. The Alaska Democratic Party, meanwhile, has endorsed Pat Chesbro, a retired educator.

In an interview, Murkowski insisted she would be among the candidates advancing from the primary and said her success requires, in part, coalition building.

“That’s kind of my strong suit, that’s what I do,” she said.

For his part, Trump has been harsh in his assessment of Murkowski. At a rally in Anchorage last month with Tshibaka and Sarah Palin, whom he’s endorsed for Alaska’s only House seat, he called Murkowski “the worst. I rate her dela No. 1 bad.”

Trump participated in a telerally for Tshibaka on Thursday while Murkowski mingled with supporters at a campaign office opening in Juneau, which boasted a spread that included moose chili and smoked salmon dip. Murkowski said Trump is not a factor in the campaign she’s running.

“He is going to do what he’s going to do,” she said. But she told supporters the campaign will be challenging.

Murkowski was censured by Alaska Republican Party leaders last year over numerous grievances, including the impeachment vote and speaking critically of Trump and her support of Interior Secretary Deb Haaland’s nomination.

Tuckerman Babcock, a former state Republican Party chair who is running for the state Senate, said Murkowski has lost the support of many Alaska Republicans, which he called a “political reality over a record of many years.”

Republicans in Alaska are “almost absolute in their opposition to Lisa Murkowski,” he said. “Are they divided on other issues? Of course.”

Babcock said the new elections system lets candidates “self-identify” with a party and is not an improvement over the old party primary process.

Chuck Kopp, a Republican former state legislator, is hopeful about the new system. Kopp lost his 2020 Republican primary after being part of a bipartisan state House majority composed largely of Democrats.

“It’s only the fringe that is clinging like a death grip on a failed paradigm, and that paradigm is extreme partisanship at all costs,” he said. “I think Alaska is going to take a leadership role in moving away from that. That’s what I’m hoping for.”

Kopp said that while he has not always supported Murkowski, she has been “fearless when it counts for this country.”

The Senate seat has been held by a Murkowski since 1981; before Lisa Murkowski, it was her father, Republican Frank Murkowski. He appointed his daughter to succeed him in 2002 after he became governor. Murkowski won the seat in her own right in 2004.

Murkowski has not cracked 50% of the vote in a Senate general election, and needing to build a coalition of support is nothing new to her. She won a write-in campaign in 2010 after losing that year’s Republican primary to tea party favorite Joe Miller.

Murkowski overwhelmingly won her Republican primary against little-known opponents in 2016, the year Trump was elected.

Rosita Worl, an Alaska Native leader, referred to the 2010 primary as “the debacle” and said Alaska Natives rallied around Murkowski and her write-in bid. Worl, who attended Murkowski’s Juneau campaign event, said she is not a Republican herself but she sees Murkowski as an Alaskan and said the senator has “always supported our issues.”

State Rep. Zack Fields, a Democrat seeking reelection to an Anchorage legislative seat, said there are yards in his district ele with signs for him and Murkowski. He said he does not agree with Murkowski on the “majority of votes that she’s cast over her career.”

“But she has shown that she believes in democracy and will work with people to accomplish things that are the right thing for citizens. That actually is at risk right now,” he said.

“But what was even frankly more terrifying than that is that it threatens so many elected democracy and high-ranking officials, so-called leaders would excuse it and otherwise embolden those who are,” he said.

Cheney is the vice chair of the House select committee investigating the Capitol Riot. The insurrection was a big issue during a June debate between Cheney and Republican challengers, including Hageman. Hageman said the committee was “not focused on things that are important to the people of Wyoming.”

Entering the final stretch of her primary campaign, Cheney hasn’t backed down. She released a video on Thursday with a closing message reinforcing her criticism of Trump.

“The lie that the 2020 presidential election was stolen is insidious,” Cheney said. “It preys on those who love their country. It is a door Donald Trump opened to manipulate Americans to abandon their principles, to sacrifice their freedom, to justify violence, to ignore the rulings of our courts and the rule of law.”

She added, “This is Donald Trump’s legacy, but it cannot be the future of our nation.”

In the interview, Murkowski said Cheney has shown courage.

“I think she has looked at this and said, this is not about Liz Cheney,” Murkowski said. “This is about … the difference between right and wrong. And she is doing her job under very challenging circumstances. But I think she’s doing it because she believes she has to.”