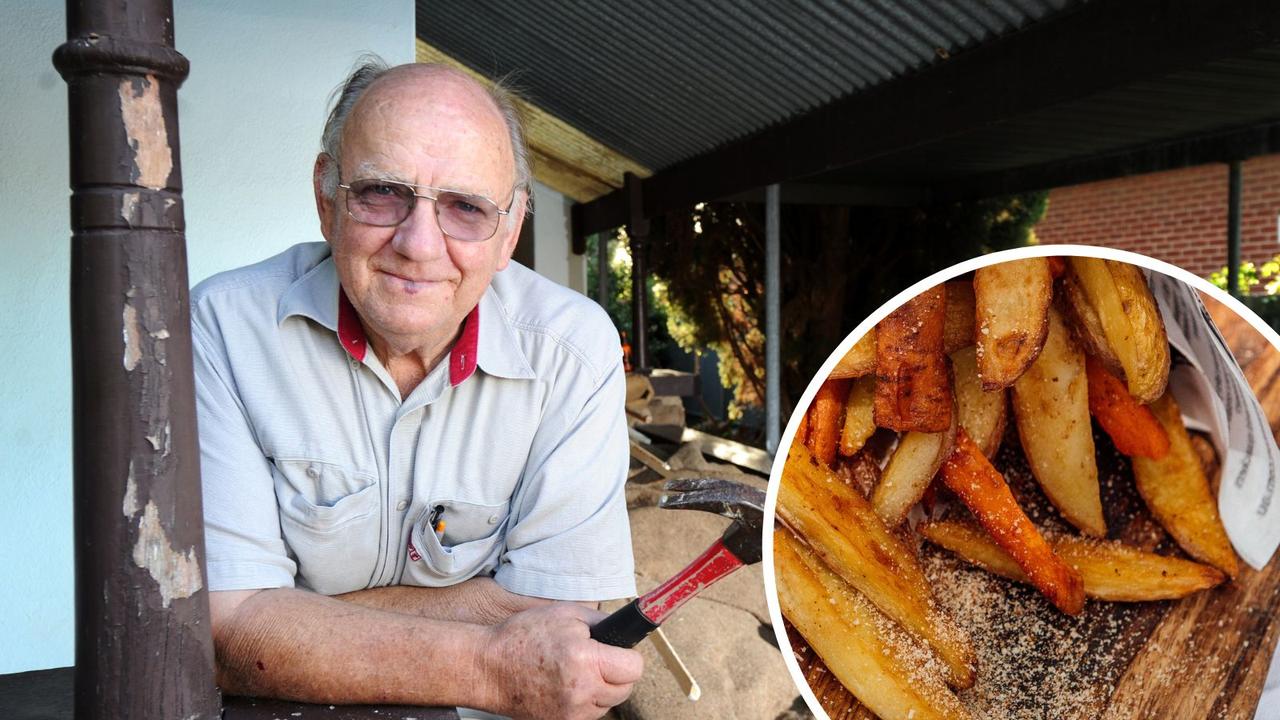 It’s the South Australian food icon that’s a hot chip staple – now, the story behind the humble chicken salt’s creator is being told.

Peter Brinkworth, 81, revealed in 2018 that he was behind the original chicken salt recipe, which he says has since been “butchered” since his wholesale food business was sold to local food producer Mitani in 1979.

Now Brisbane filmmakers Jacob Richardson and Thomas van Kalken will be telling the tale behind the condiment in a 10 minute short film, Salt of the Earth, which will debut at the Adelaide Film Festival.

The condiment was borne in Mr Brinkworth’s Gawler chicken shop more than 50 years ago, when he realized he needed to do something to stand out from the crowd.

“I’ve always been one to try to get the upper hand, so I thought maybe I need to do something to make my chicken taste better,” he said.

Thanks to his secret chicken salt recipe, Mr Brinkworth’s chickens were a hit until he sold his wholesale business – and with it, his recipe.

Mitani turned a word-of-mouth hit into a national icon, most famous as a seasoning for hot chips.

Mr Richardson said the idea for a documentary came after co-director van Kalken was living with him during lockdown and noticed “how much chicken salt” he put on his food.

“We were chatting at a coffee shop and Tom was like, ‘this would be such an interesting story’,” he said.

The duo tracked down Mr Brinkworth’s wife, Helen, on social media and set up a Zoom call.

“After the call finished we just looked at each other and said, ‘we’ve gotta put them on the big screen’.”

The film was shot in Adelaide.

Tas Mitani, managing director at Mitani, said of today’s chicken salt blend, “It’s special recipe that has been developed and continually refined by our family over many years to make it Australia’s leading chicken salt”.