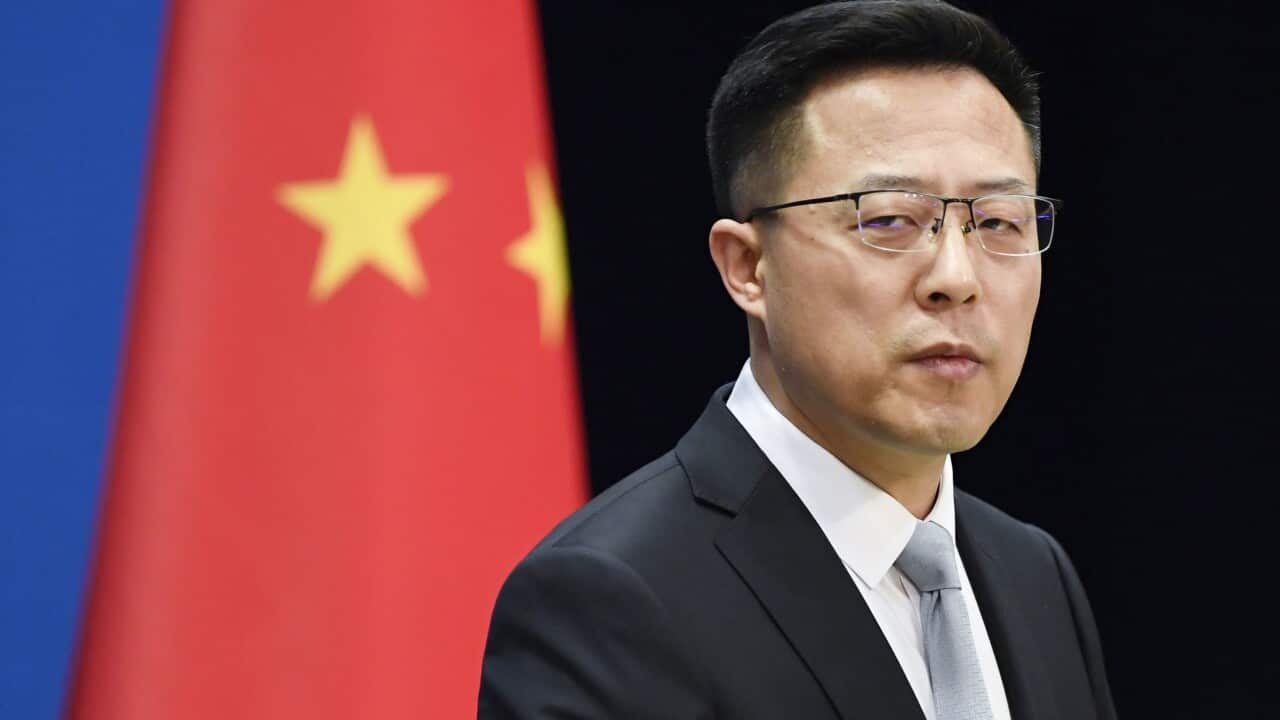 Beijing on Monday warned Australia to “act prudently” or face “serious consequences” after Canberra accused of a Chinese jet fighter dangerously intercepting one of its spy planes over the South China Sea.
Australia has raised concerns with Beijing after a Chinese aircraft flew dangerously close to an RAAF surveillance plane in the region — which Beijing insists comes under its domain despite a 2016 Hague ruling that dismissed its claims.
China’s stance has heightened tensions with the United States and its allies, which insists on freedom of navigation in the area.
Prime Minister Anthony Albanese has labeled the incident between the Chinese fighter jet and Australian airforce surveillance aircraft as an act of aggression.
He said the Australian aircraft was observing long-standing and observed international practices.

“We regard the actions of China in this area as being an act of aggression and a dangerous act against the Australian airforce which was conducting aerial surveillance in accordance with international norms,” ​​he told reporters while in Indonesia.

conducting routine surveillance in international airspace on 26 May.

While flying close, the J-16 released flares, accelerated and cut across the nose of the P-8, settling in front of the Australian aircraft at very close distance.
The Chinese aircraft then released a bundle of chaff which contained small pieces of aluminum, some of which were ingested into the engine of the P-8 aircraft.

The Poseidon then ended its mission and returned to base.

The Australian government has raised concerns with Beijing saying it threatened the safety of the crew.
But Beijing hit back Monday, saying it would “never allow any country to infringe upon China’s sovereignty and security… under the pretext of freedom of navigation”.
“China once again urges Australia to earnestly respect China’s national security interests and core interests, act and speak prudently to avoid a miscalculation occurring that results in serious consequences,” foreign ministry spokesman Zhao Lijian told reporters.
The incident comes three months after Australia accused the Chinese military of shining a military-grade laser at one of Canberra’s defense planes over waters north of Australia, which the previous government labeled an “act of intimidation”.
Mr Zhao said Monday that China’s military has always conducted operations in a “safe, standard and professional manner” in line with international law.
Last week, Canada also took a recent accusation Chinese pilots of nearly causing mid-air collision during encounters in international airspace as the Canadians part in to enforce United Nations sanctions on North Korea.

‘We will continue to engage in the South China Sea’

Mr Marles says Australia will continue to conduct surveillance and freedom of navigation missions in the area as the HMAS Parramatta heads towards the South China Sea.
But Mr Marles remained coy on whether the incident would require bigger deployments on patrol operations through the sea.
“All of the work that our servicemen and women do carries danger with it but we will continue to engage in our activities in the South China Sea because it’s a body of water that matters to us,” he told the ABC.
The Chinese Communist Party-controlled Global Times said the Australian aircraft “likely made provocative moves”.
“It is possible that the Australian P-8 was about to enter or even did trespass on Chinese airspace, or it is also possible that the aircraft disrupted PLA maritime exercises in a dangerous manner,” the newspaper quoted analysts as saying.
“If the Chinese aircraft did use flares and chaff, it is possible that the Australian P-8 used its jamming pod to lase the Chinese aircraft, triggering the latter’s self-defence system.”

An angry editorial in the Global Times on Monday Australia” accused of “deliberately concealing key details of the incident.

Mr Albanese said it was important to maintain strategic competition in the region as China becomes more assertive.
“We need to make sure that it’s managed in a way that doesn’t have catastrophic consequences for the region,” he said.
“We want peace and security in the region.”
Mr Albanese said strengthening the relationship with Indonesia and ASEAN through actions such as increased cooperation and assistance in defense and maritime security will aid regional stability.
Mr Marles will not meet with his Chinese counterpart when he travels to the Shangri-La defense summit in Singapore at the end of the week.
He is due to meet with US Defense Minister Lloyd Austin, who is addressing the conference about the country’s Indo-Pacific defense policy, while China’s Minister of National Defense Wei Fenghe will speak about Beijing’s vision for the Asia-Pacific.
Mr Marles said a rules-based order through the Indo-Pacific and freedom of navigation in the South China Sea was in Australia’s vital interests.

“It’s really important that we are asserting our rights in the South China Sea, because it goes to our national interest,” he told Sky News.