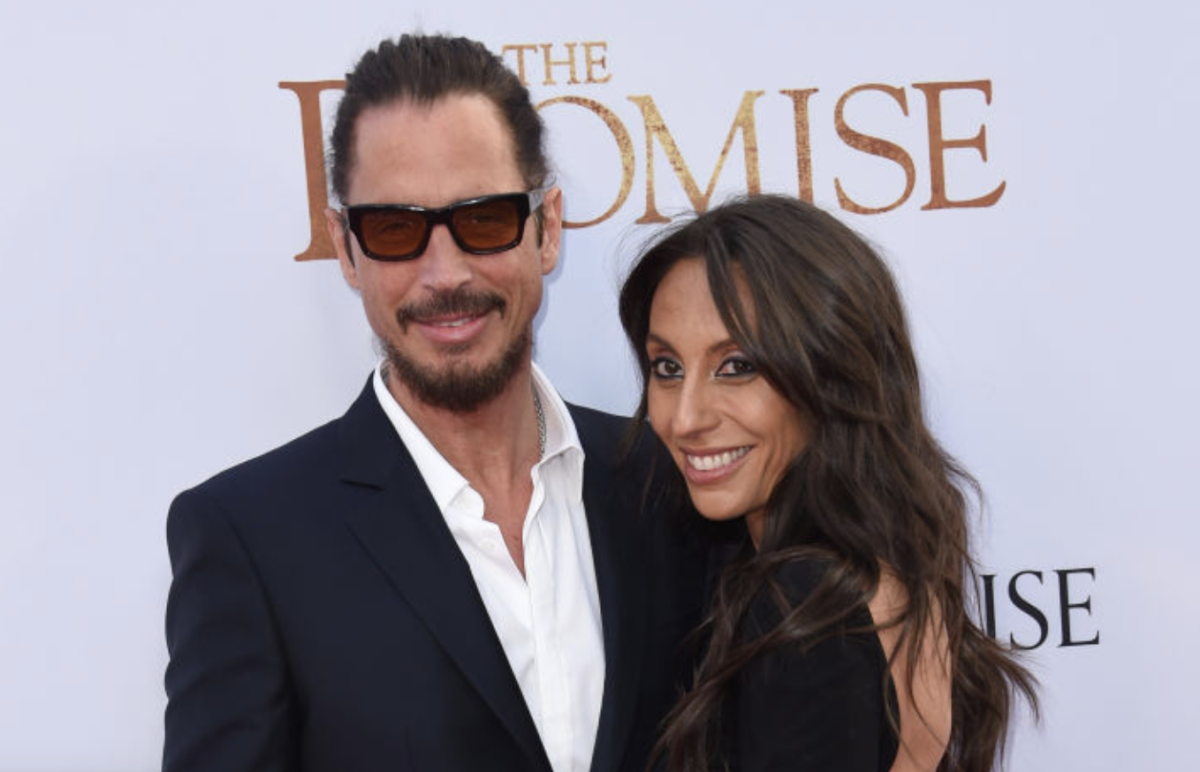 Vicky Cornell said her late husband, rocker Chris Cornell, did not appear to be depressed or suicidal before he died by suicide following a concert in May 2017. The beloved Soundgarden frontman was 52.

“This was like a tsunami. This was nothing. This was not on the radar. This was not like ‘Oh, we have to deal with this’ in any sort of way,” she said on Thursday’s episode of Gayle King’s SiriusXM show, Gayle King in the House. “Chris did not suffer suicidal ideation, and Chris was not even depressed. Chris was in recovery, and he had been on benzos. But again, looking back… It came from nowhere.”

Vicky previously said that she had “missed the signs of addiction” her husband exhibited. He had been open about having struggled with substance abuse for much of her life, but, according to her, he had been sober for years. Toxicology reports found prescription drugs were in his system when he died, but that they did not contribute to his death. The family then alleged in a 2018 lawsuit that Dr. Robert Koblin had over-prescribed medication to the musician. They said the drugs had led him to behave erratically before he died. In May 2021, the family reached the confidential settlement in the case.

Talking to King, Vicky said she thinks it’s important for people to focus on the root cause of why a person takes their own life, so that instances of it can be prevented.

“With us, I do know the cause because I was on the phone with Chris, and he was in some sort of delirium the same night…,” she said. “He called me after the show, and I could just hear he wasn’t right… He sounded like he was high, and he was confused. His speech was slurred. And there was just something that was extremely off… and then just, I don’t know, 30 minutes later, that was it.”

The late musician has one daughter, 22-year-old Lily, with ex-wife Susan Silver. He and Vicky, who he married in 2004, are the parents of daughter Toni, who turns 18 on Sept. 18, and son Christopher, 16.

She complimented her late husband’s parenting skills, saying that he was “such a present father.” She also explained that the family has gone to therapy to cope with their loss, which continues to feel very fresh, as if it occurred six months or a year ago.

“I even have friends who can’t believe that Chris’s clothing and everything is exactly as he left it, right in his closet,” she said. “And that’s another thing where they feel like there are things that you have to do in order to move on. And so I just want to say, to people who are grieving and feel that sort of, you know — loss — that there really are no rules.”

For Vicky, keeping her husband’s memory alive helps her to cope.