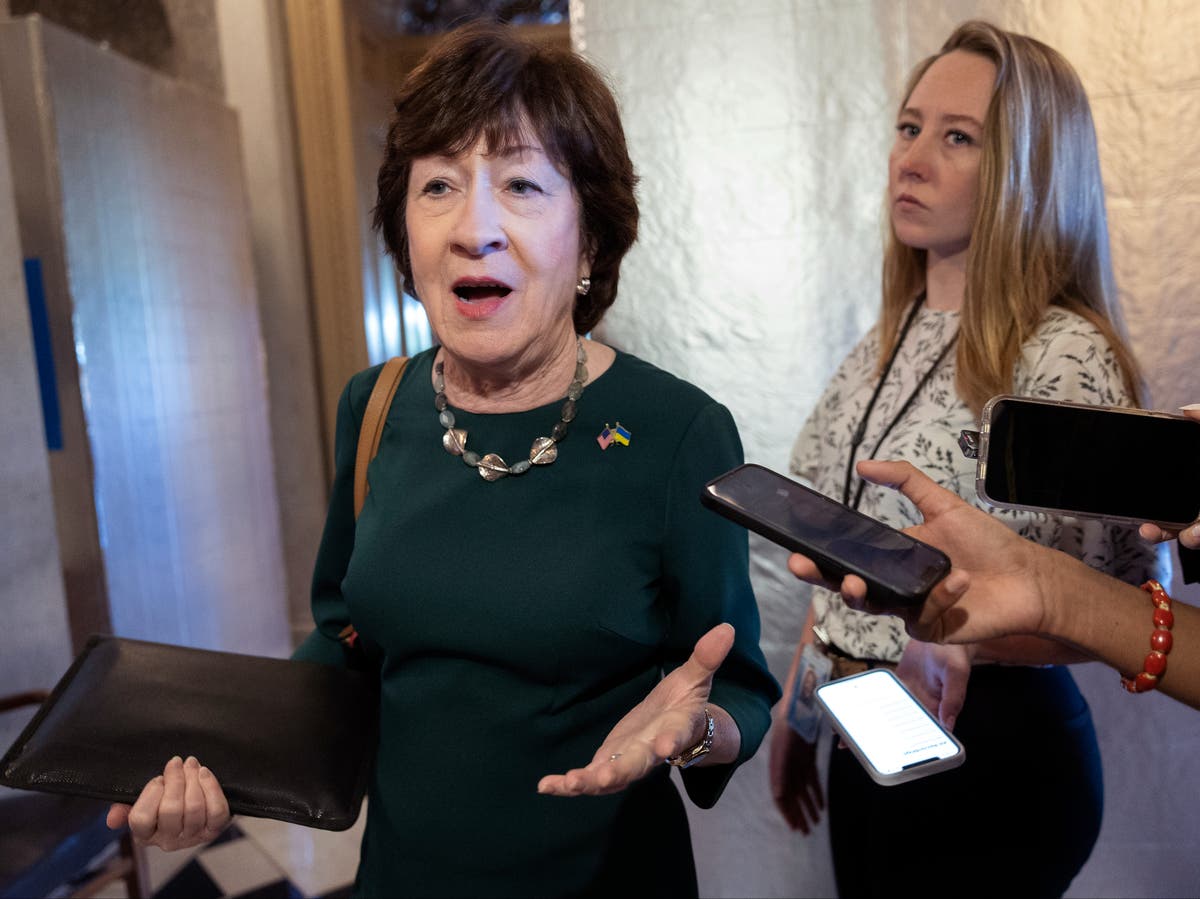 About a month ago, the Inside Washington newsletter (subscribe here) declared Senator Mitt Romney the Most Useful Republican Senator for his willingness to make deals on Covid-19 relief, this as he was weighing whether to vote to confirm Judge Ketanji Brown Jackson to the Supreme Court. A friend of the newsletter suggested we make Most Useful and Most Useless Person in Washington a regular feature, and we’ve decided to go with it.

Both titles will be bestowed on a bipartisan basis – and for its inaugural week, we’ve handed the “most useless” title out to two lawmakers.

On the Democratic side is Senate Majority Leader Chuck Schumer. Earlier this week, the Democratic leader insisted that efforts to pass his party’s legislation to codify Roe v Wadewas not worthy of grandstanding. But with gnaw now looking moribund after a leaked draft opinion from the court showed the majority ready to strike it down, Democrats’ failed attempt to pass the Women’s Health Protection Act felt sterile and redundant.

That was even before Senator Joe Manchin, the mercurial West Virginia Democrat who loves to drive a stake through the heart of his party’s plans, announced he would vote ”no”. One could make the case that Mr Manchin is to blame for the bill’s failure to garner a simple majority in the upper chamber – but as majority leader, it is Mr Schumer’s job to know how all of his members will vote before he brings a bill to the floor.

Instead, he either knew this would fail and still let it happen, or went ahead without knowing how Mr Manchin would vote.

The truly galling thing is that Mr Schumer knew this would happen, because it happened before. Yet he dragged out the affair nonetheless – and instead of simply getting the Republicans on record, he managed to demonstrate that he couldn’t get all of his Senators in line, proving that the Democratic Party simply doesn’t have the votes to break a filibuster or even change the rules.

At the end of the vote, Vice President Kamala Harris said the vote “makes clear that a priority for all who care about this issue, the priority should be to elect pro choice Democrats.” But it also made clear just how disastrous it was that in 2020, Democrats flopped in two crucial Senate races: North Carolina (the Democratic leader famously said his ideal candidate would be someone who raised money in a windowless basement) and Maine.

When the draft opinion leaked last week, Ms Collins regretted that “it would be completely inconsistent with what Justice Gorsuch and Justice Kavanaugh said in their hearings and in our meetings in my office” – this as if Donald Trump or any Republican president would nominate a Supreme Court Justice who was not wholly committed to overturning the decision.

Ms Collins’s feigned naivete was outmatched only by her scrambling for excuses not to vote for Democrats’ legislation. While Democrats might have made progress had they held a vote on the alternative abortion legislation she put forward with fellow GOP moderate Lisa Murkowski, or even allowed Ms Collins to make amendments, the fact she outright announced her opposition even after circumstances changed she had already changed made up her mind about how she would act.

Similarly, if she knew that Democrats would reject her legislation, she should have begun reaching out to them last week to make some kind of accommodation. Instead, she told PBS NewsHour’s Lisa DesJardins that she was trying to come up with new compromise legislation in collaboration with Democratic Senator Tim Kaine of Virginia.

Mr Kaine – who in another world could have been by President Hillary Clinton’s side as she nominated three justices, seemed optimistic when he spoke to your dispatcher earlier this week. “I think she very much wants to code gnaw and Casey,” he said of his colleague, suggesting they could find a path forward even though “she doesn’t like some aspects of WHPA that I like.”

Unfortunately, it looks like Mr Kaine has more faith in the process than Ms Collins does. Speaking to your dispatcher on Tuesday, she tried to lower expectations: “Obviously, I think it’s going to be difficult to get a consensus.”