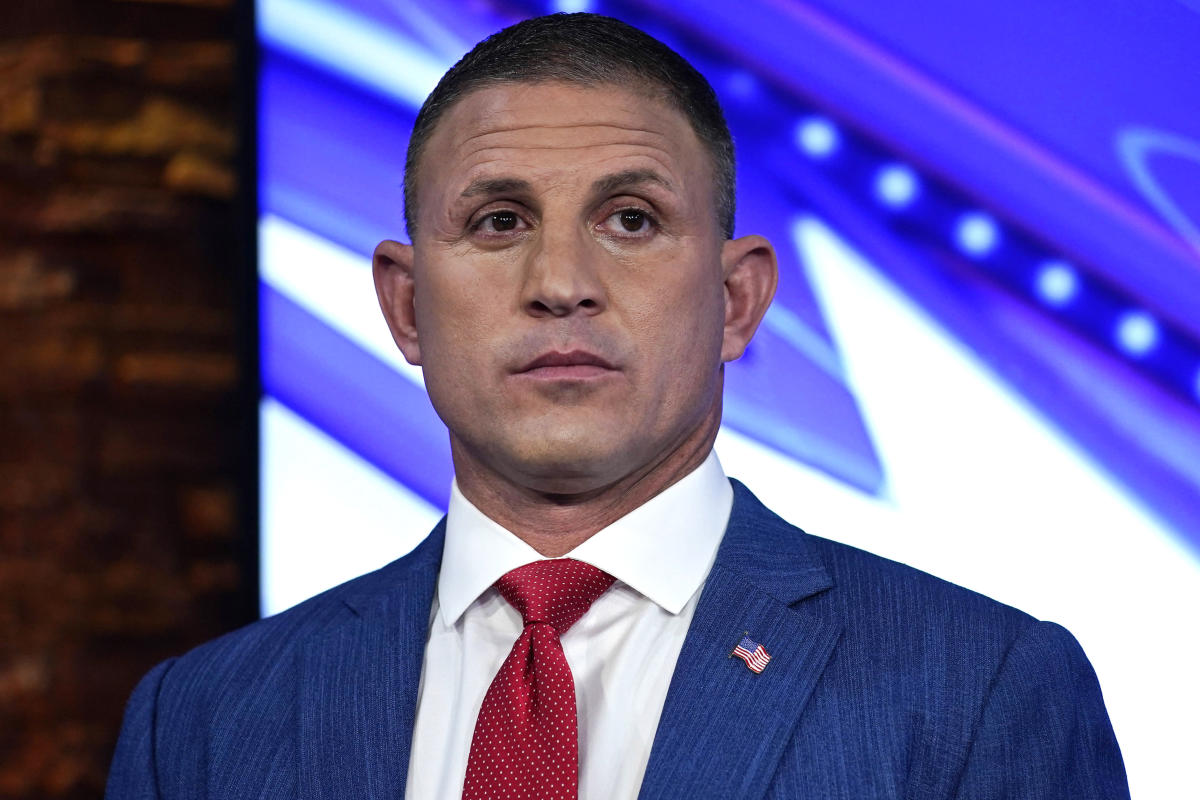 RHINE, Nev. (AP) — County election officials wrapped up a two-day statewide recount of ballots in the Nevada GOP primary for governor Friday and the outcome did not appear to change in the state’s two most populous counties, showing second-place finisher Joey Gilbert to Clark County Sheriff Joe Lombardo in a crowded field.

The Nevada secretary of state’s office confirmed Friday afternoon that all 17 counties had finished their recounts. Though officials did not post or comment on the unofficial results, Clark and Washoe counties confirmed that Lombardo had beaten Gilbert, who paid for the recount despite trailing Lombardo by 11 percentage points following the June 14 vote.

Clark and Washoe counties account for 75% of the ballots cast in the Nevada Republican primary for governor.

Gilbert, who was outside the US Capitol during the Jan. 6 insurrection, ran on a platform partially shaped by baseless claims of election fraud and has alleged that election workers did not properly verify signatures or monitor ballots and that votes for Lombardo were “injected” into the system. He has not provided any evidence for those claims.

He has said he did not expect the results to change much but sought the recount to later challenge the election results in court. He has the help of right-wing activist and crypto-businessman Robert Beadles, who unsuccessfully sued Nevada and state’s second most populous county seeking heightened observation of elections in the county.

“All they’re doing is using the same fixed and cooked ballots, putting them through the same, broken machines,” Gilbert said in a video filmed Thursday outside the Clark County elections department. “So, do I expect much to come from this? At the. But it’s part of the process.”

The June 14 contest in Nevada proved largely successful for candidates endorsed by Trump and those who have called the 2020 election fraudulent. Republican US Senate nominee Adam Laxalt co-chaired Trump’s reelection campaign in Nevada and led failed court challenges to overturn the state’s 2020 election results based on false election fraud claims. Secretary of State nominee Jim Marchant told voters at a candidates forum in February that their vote “hasn’t counted in decades.”

Despite contesting his own race, Gilbert congratulated Laxalt and Marchant on their victories, which were on the same ballot.

Gilbert’s team paid $190,960 to the Nevada secretary of state’s office on Friday afternoon before the 5 pm deadline, a total based on estimated costs submitted by each of Nevada’s 17 counties.

“We were all preparing for it,” said Sam Merlino, Nye County’s clerk, after submitting a cost estimate last Wednesday. “We all had a feeling there’s going to be an election contest or recount.”

For Republicans, Gilbert’s apparent rejection of the results reflects growing challenges two years after many in the party embraced disproven claims of election fraud. Party leaders want to encourage voting while also appealing to the tens of thousands who backed Gilbert and distrust elections.

The day after the election, state GOP chair Michael McDonald — who rejected the results of the 2020 election — rebuked Gilbert and said it was time to unite behind Lombardo in a rare instance of criticism of the far-right within the state party.

“The election is over. It’s been called. Joe Lombardo has won. We need to come together and unite,” he said, calling Gilbert’s reaction “emotional.”

Unfounded election fraud claims have already had effects in Nevada. Dozens of angry voters last week urged county commissioners in Clark and Washoe counties to vote against certifying the tallies, describing their own experiences at the polls and repeating conspiracy theories that nearly derailed certification in New Mexico earlier this month.

Last week, two county commissioners in Esmeralda County conducted a hand count of all 317 ballots cast after the commission delayed the initial certification by one day. However, all counties certified elections by the Friday deadline.

Stern is a corps member for the Associated Press/Report for America Statehouse News Initiative. Report for America is a nonprofit national service program that places journalists in local newsrooms to report on undercovered issues. Follow Stern on Twitter @gabestern326