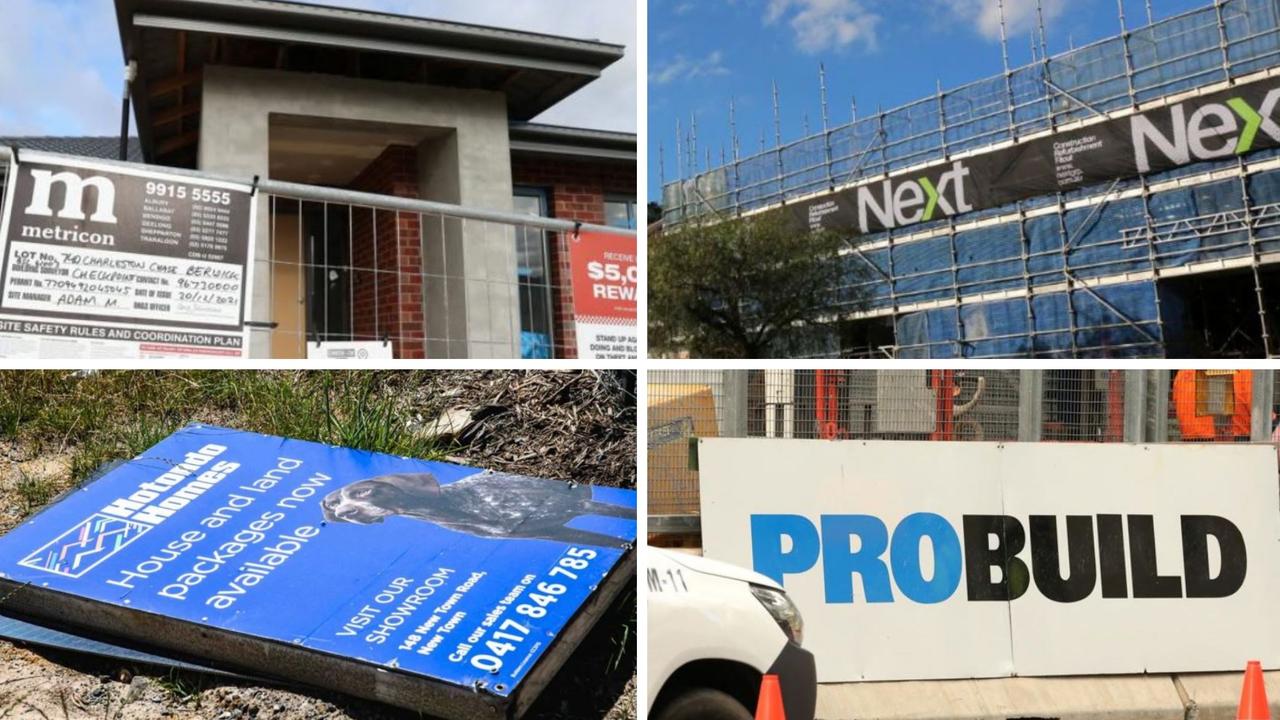 Construction workers are having regular mental breakdowns and crying to colleagues and family members as 80 per cent of building firms haemorrhage money.

The Australian construction sector is in dire straits with as much as 80 percent of building firms haemorrhaging money, according to an industry expert.

More than half of the estimated 12,000 construction companies in the country are reportedly trading at a loss, with many on the brink of collapse.

And those who work in the industry are having regular mental breakdowns and crying to colleagues and family members as the pressure to survive mounts.

“Eighty per cent of builders in Australia have lost money in the last 12 months. That’s horrific,” he added.

“Around 50 percent of building companies in Australia are currently experiencing negative equity.

A company is considered to have negative equity if it owes more than it has in assets, with more than one creditor.

And once a company experiences negative equity, it’s a slippery slope to becoming insolvent, he warned.

Multiple builders have already collapsed in the last six months across the nation, small and large ones alike, leaving employees, contractors and clients in the lurch.

There are between 10,000 to 12,000 residential building companies in Australia undertaking new homes or large renovation projects, according to figures estimated by the APB.

Of those, at least half are suffering from negative equity.

“The first step [of a company collapse] is where the business loses so much money they have negative equity,” Mr Stephens explained.

The second step is insolvency, at which point the company is essentially finished.

“However, the two are mixed up, it becomes very vague. Trading insolvent is a bit of a gray area.”

He said this whole process was “a very slow painful death for a building company”.

“It drains the builder over a long period of time.”

To make matters more difficult, strict regulations mean that once a builder reaches a point where they have negative equity, it is almost impossible to claw their way out unless they can get their hands on a massive cash injection.

“If 50 percent are in negative equity, they can legally continue on but they can’t get their license renewed,” he said.

As a result, he’s heard rumors that governments might be throwing a lifeline to builders, as they could be looking at loosening the requirements for these companies to keep their licenses.

“If the rules were followed as they’re intended, half the industry is going to be wiped out,” he added.

The construction industry has been badly hit by collapses this year.

Smaller operators like Hotondo Homes Hobart and Perth firms Home Innovation Builders and New Sensation Homes, as well as the Sydney-based firm Next have also collapsed, leaving homeowners out of pocket and with unfinished houses.

An industry insider told news.com.au earlier this year that half of Australia’s building companies are on the brink of collapse as they trade insolvent, and it could see thousands of people’s homes impacted in the coming months.

Mr Stephens said the situation was having a direct impact on the mental wellbeing of people in the sector.

“Mental health is becoming a very big issue in the industry,” he said.

“The financial pressure is just enormous. We are hearing lots of instances of builders breaking down and crying.

“We’re looking to set up support groups for any builders, whether they’re a member of APB or not.

“I’ve never seen so many builders leave the industry, they’re either shutting down or they’re going to work for other people, it’s unprecedented.”

Mr Stephens also said government stimulus packages had exacerbated the situation and ironically, could have driven the final nail in the coffin.

In 2020, as the economy languished with the arrival of Covid-19, the federal government announced the HomeBuilder program to encourage financial activity in the construction sector.

“The government stimulus poured fuel into fire,” he said.

“The big building companies were able to sign three to four times the normal amount of contracts.

“The problem is they haven’t been able to build three or four times the amount of projects.

We said at the time it was unwarranted, the government was badly advised, anyone inside the industry could see.”