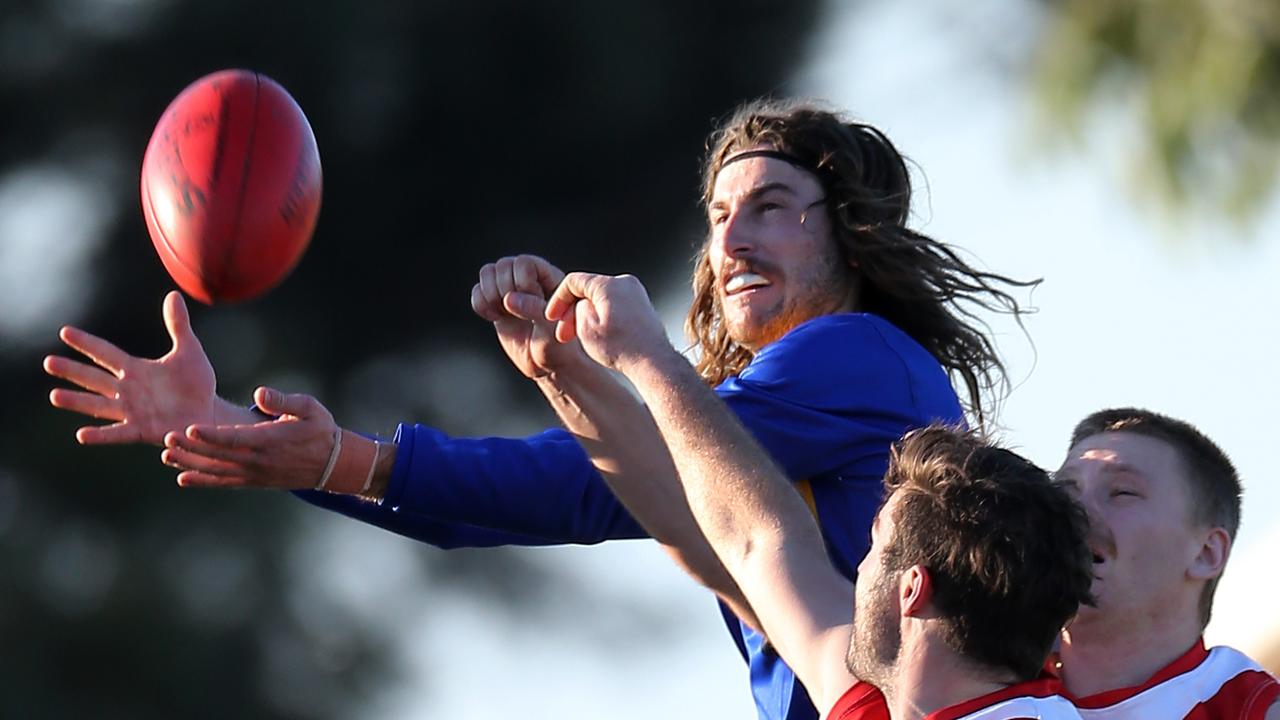 The Gippsland league has had four matches decided by less than a goal this round. Find out who won the thrillers.

Avenel has firmed into flag favoritism in the Kyabram District league with an 11-point win against the competition’s other undefeated team, Shepparton East, on Saturday.

Shepparton East held sway at half-time by eight points after Avenel squandered some easy chances in front of goal before the main break.

But Avenel broke the game open with a five goal to one third quarter to set up the win.

Avenel hunted hard around the packs and had big targets up forward including Hayden Heta.

But the damage was done at ground level when Nick Goodwin, Braydon Avola and Jack Myers all hit the scoreboard after coach Kasey Duncan kickstarted the third term onslaught with a neat snap from the pocket.

Shepparton East suffered a blow before halftime when coach Rob Osborne coped with a hamstring injury and appeared only briefly in the second half.

Adem Barolli, who had been a livewire for Shepparton East, was forced to cover for Osborne in the ruck and his team sorely missed his presence up forward where he had kicked two goals in the first half.

Duncan said his team was keen to make a statement against Shepparton East.

“It’s the reason why you play footy, to play against the best sides,” he said.

“They’ve been able to bury teams when they’ve got on top.

“In the second quarter we felt we were on top around the ball, but we just couldn’t get that connection going inside 50 and make the most of our opportunities.

“After half time we just looked like a well-oiled machine and it was pretty fun to be part of.”

Osborne said his team was outclassed on the day.

“They came to play and they played four quarter footy,” he said.

“We sort of played a half of footy and the result speaks for itself.

“They are a good hard side, they’ve got runners who go everywhere and they gave it to us today.”

Shepparton East sorely missed the services of his regular athletic ruckman Tom McCluskey, who has been sidelined in recent weeks with a finger injury he sustained at work.

Justin Davies and David Gillespie are also expected to return before finals.

Leongatha was pushed to the wire by second placed Traralgon on Saturday before sealing a three-point win to extend its present winning streak to a record 18 matches.

Traralgon led for much of the final term before a late goal from Tom Crocker put Leongatha back in front.

Teammate Steve Forrester turned Traralgon back with a string of telling marks in the final minutes to ensure Leongatha remained undefeated.

But the win has been suffered with Josh Hopkins suffering a suspected broken hand.

Traralgon welcomed back ruckman David Brinker-Ritchie from VFL side Box Hill where he has after starring in his first two matches in the Gippsland league.

Traralgon, which was missing key forward Brett Eddy, looms as the biggest danger to Leongatha comes finals time after pushing it to seven points in the first round.

The top of the ladder clash was one of four Gippsland league matches decided by less than goal on Saturday with Morwell beating Bairnsdale by five points and Wonthaggi and Warragul recording one point wins against Sale and Moe respectively.

Maffra remains a game outside the top five after beating Drouin by 11 points.

Yarrawonga has brought Wangaratta’s unbeaten start to the season to a crashing halt with a 28-point win highlighted by a five-goal haul to boom recruit Leigh Williams.

Wangaratta was pushed to the limit last round by Wangaratta Rovers and Yarrawonga went one better when it also limited the impact of the opposition’s prime movers including Joe Richards and Abraham Ankers.

Yarrawonga’s intensity around the ball forced repeated mistakes from Wangaratta and ensured a constant source of supply to its forwards in Williams and Bailey Frauenfelder, who also kicked four goals.

Lachlan Howe dominated in the ruck for Yarrawonga and Mick Gibbons played his best match for the club after an injury interrupted start.

Matthew Grossman (arm) and Jamie Anderson (groin) were also out of the game before halftime.

Yarrawonga still has former Williamstown VFL star Willie Wheeler to return, but the club is under pressure to have its best available team under the player points cap.

In other matches, Wangaratta Rovers scored their best win of the season with a one-point win over Albury.

Chris Naish took the coaching reins again in the absence of regular coach Daryn Cresswell, who was interstate watching one of his sons play.

Originally published as Around the grounds: Avenel and Leongatha remain undefeated