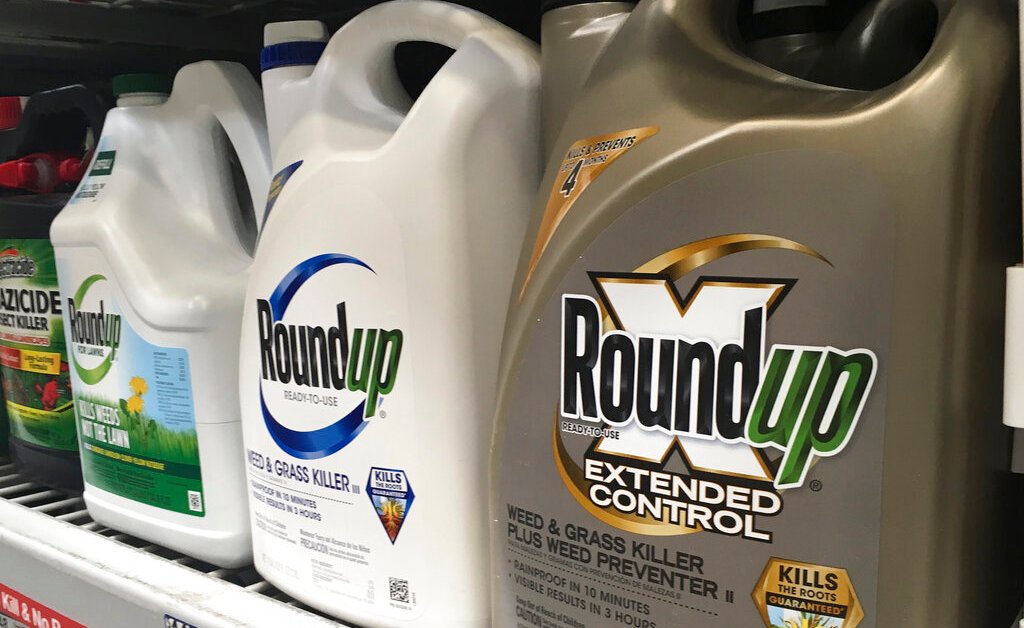 WASHINGTON — A federal appeals court on Friday rejected a Trump administration finding that the active ingredient in the weed killer Roundup does not pose a serious health risk and is “not likely” to cause cancer in humans.

The California-based 9th US Circuit Court of Appeals ordered the Environmental Protection Agency to reexamine its 2020 finding that glyphosate did not pose a health risk for people exposed to it by any means — on farms, yards or roadsides or as residue left on food crops .

Glyphosate is the active ingredient in Roundup, the most widely used herbicide in the world. Pharmaceutical giant Bayer, which acquired the herbicide’s original producer Monsanto in 2018, is facing thousands of claims from people who say Roundup exposure caused their cancer.

Roundup will remain available for sale. According to an agency spokesman, EPA officials are reviewing the 54-page ruling “and will decide next steps.” The Supreme Court is also considering whether to hear an appeal from Bayer that could shut down thousands of lawsuits on the cancer claims.

Writing for a substantial human “three-judge panel, Judge Michelle Friedland said EPA’s finding of no risk to human health was not supported by evidence.” She also ruled that EPA fell short of its obligations under the Endangered Species Act by inadequately examining glyphosate’s impact on animal species and vegetation.

Legal critics said EPA “shirked its duties under the Endangered Species Act. We agree and remand to the agency for further consideration,” wrote Friedland, a nominee of former President Barack Obama.

The Center for Food Safety, one of the groups that challenged the decision, called Friday’s ruling “a historic victory for farmworkers and the environment.”

The decision “gives voice to those who suffer from glyphosate’s cancer, non-Hodgkin’s lymphoma,” said Amy van Saun, senior attorney with the center.

“EPA’s ‘no cancer’ risk conclusion did not stand up to scrutiny,” she said. “The court agreed that EPA needed to ensure the safety of endangered species before greenlighting glyphosate.”

While EPA has said it has not found evidence of cancer risk from glyphosate, California and other states have listed it as a cancer risk and local governments across the country have restricted its use. In 2015, the World Health Organization’s International Agency for Research on Cancer classified the chemical as “probably carcinogenic.”

Bayer announced last year it is removing glyphosate from the US residential lawn-and-garden marketplace, effective as early as 2023.

Bayer said in a statement Friday night that EPA’s 2020 conclusion “was based on a rigorous assessment of the extensive body of science spanning more than 40 years.” The company believes that the EPA “will continue to conclude, as it and other regulators have consistently concluded for more than four decades, that glyphosate-based herbicides can be used safely and are not carcinogenic,” the statement said.

Last year, Bayer set aside $4.5 billion to deal with the claims that glyphosate causes non-Hodgkin’s lymphoma, a type of cancer. The company had previously taken a charge of nearly $10 billion for earlier rounds of litigation.

“EPA’s failure to act on the science, as detailed in the litigation, has real-world adverse health consequences for farmworkers, the public and ecosystems,” said Jay Feldman, executive director of Beyond Pesticides, a plaintiff in the case. “Because of this lawsuit, the agency’s obstruction of the regulatory process will not be allowed to stand.”