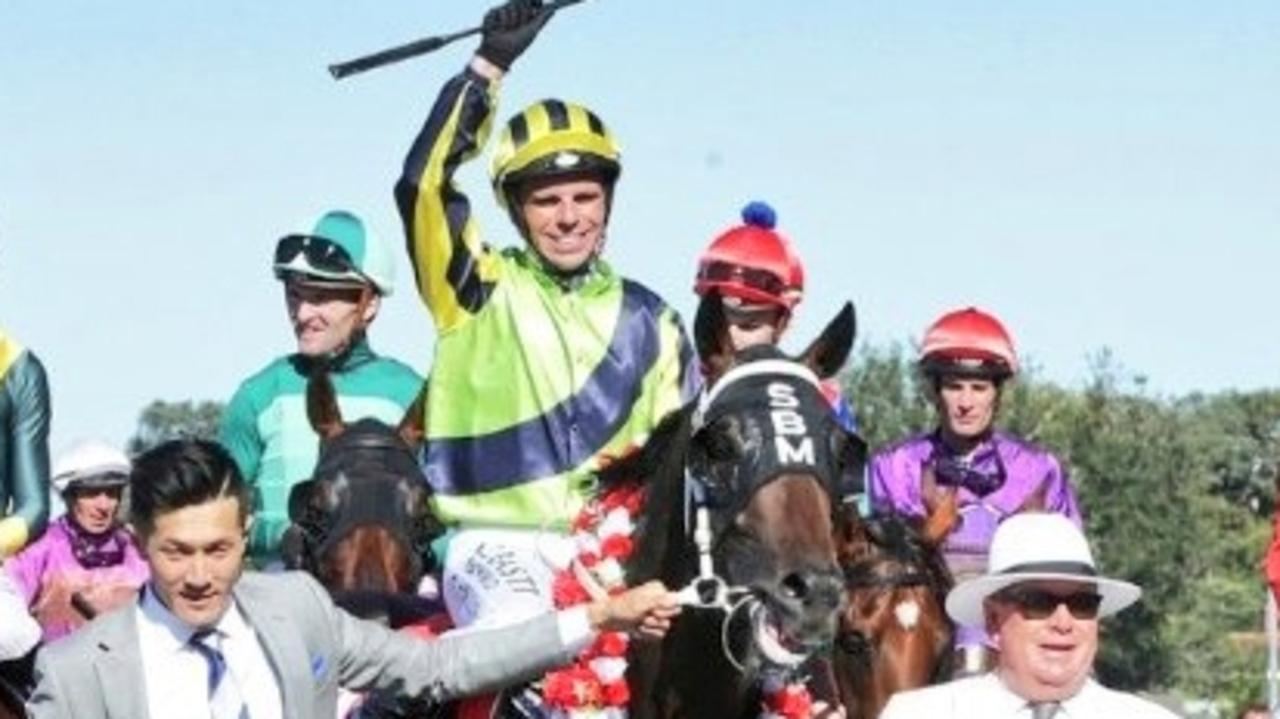 A New Zealand jockey who travels by plane to the races will hope he can steer a $101 outsider to victory in the Queensland Oaks.

Some top jockeys get to the races in luxury cars, but Kiwi hoop Craig Grylls has a different mode of transport.

The multiple Group 1-winning rider prefers to fly his four-seat Cessna 172 to racecourses all across New Zealand, using the home straights as landing strips in an attempt to cut down travel time.

Growing up on property, Grylls said he was flying planes before most people had even sat behind the wheel of a car and has developed a keen passion for aviation.

“You can start flying at any age, you just can’t go solo until you turn 16.

“Where I grew up, both of the farms on each of our boundaries had planes on them so I was that annoying kid that used to go and ask them for a ride all the time.

“Pretty much from then, it was something I wanted to do.”

Racing at Eagle Farm on Saturday, no such cross-country flying is needed for Grylls, who has set-up camp in Brisbane throughout the winter carnival, but said he will make a quick trip home to New Zealand during the week, before returning for Stradbroke day next Saturday.

The convenience of flying to the races has quickly caught on with other jockeys, Grylls said, who will take other riders to the races with him.

While he jokes he might need a bigger plane, such is the demand from friends to travel to the races, he doesn’t plan on upsizing anytime soon.

“During the summer at home, I fly to a lot of race meetings, just when daylight savings is in,” he said.

“This time of the year it gets dark so early, so there isn’t quite enough daylight to get home in the plane, the weather is usually not much good for flying too, it is unstable.

“I have got an old four seaters that you see getting around, a Cessna 172, I have a kit one I am building at the moment, it is a pretty sporty thing.

“The problem is the bigger they are, the more expensive they are to run and maintain, this one gets me around the country pretty quickly.

“The other jockeys come with me to the races too, there is usually a bit of a queue to get a seat with me.”

While he has a Group 1 ride in the Queensland Oaks aboard $101 chance Nom De Plume along with Tobilivious (Spear Chief Handicap) and Letzbeglam (Moreton Cup), Grylls said it is next week’s Group 2 Brisbane Cup that he has his eyes on.

“I am looking forward most to riding The Fearless One in the Brisbane Cup next week, he went really good in the Premier’s Cup, he was only beaten a neck or so,” he said.

“He had been a month between runs so he will improve, he is an out-and-out stayer, he will love the trip.”