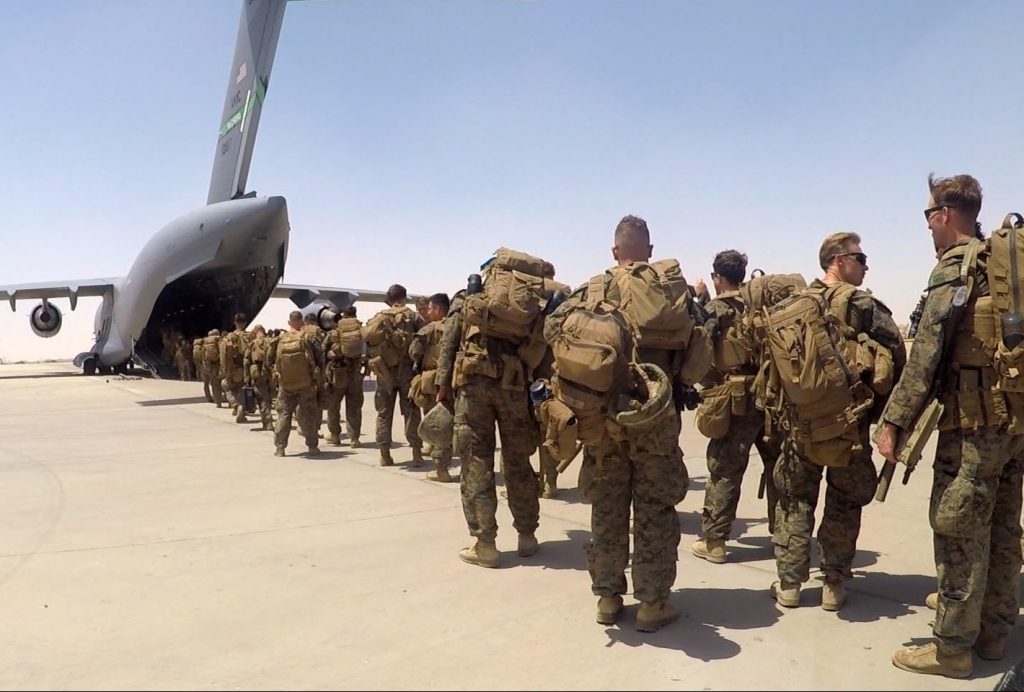 Leaving Neverland creator Dan Reed and Four Hours at the Capitol director Jamie Roberts has opened up about obtaining footage from the Taliban for upcoming HBO/BBC feature doc Escape from Kabul Airport.

Unveiled at last month’s Edinburgh TV Festival, the landmark doc, which launches later today on HBO and BBC Two, tells the inside story of a monumental 18 days last August when the US withdrew troops from Afghanistan and evacuated thousands of citizens from Afghanistan’s capital Kabul.

Reed and Roberts were finishing Four Hours at the Capitol about the January 6 riots when they saw images from the airport evacuation and immediately knew this was to be the subject of their next film, according to the decorated pair, who spoke with Deadline in early September.

Roberts said it took “several approaches” to get the Taliban on side and access never-before-seen footage shot by Afghanistan’s now-ruling power as the US exited what has been dubbed a $2TN project over two decades.

“We went to a senior person [in the Taliban] and sought their agreement with long conversations and long sessions,” he added. “The Taliban are savvy and have media units. They knew this was a historical moment and were filming for posterity. Different forces who had come to bare over 20 years were focused on the airport for those two weeks.”

The producers at Reed’s Amos Pictures also spoke to Taliban officials “lower down the chain” and many US Marines, who Roberts described as “digitally savvy.” Roberts and Reed trawled through reams of footage from the Marines having spent months in Kabul after the evacuation.

“Four Hours at the Capitol gave us an embarrassment of riches and we thought this would be more difficult, but we actually found footage existed in loads of different places,” added Roberts.

Co-produced for French network Arte and by Abacus Media Rights, shocking unseen footage from the film shows the ordeal Afghan citizens faced waiting to get through the gates of the airport, distributed spending days on end in the Kabul heat without access to food or water . As the crowds grew increasingly desperate to leave, a tragic sequence of events unfolded, including the devastating suicide bomb attack that the Islamic State group said had carried out, killing 13 US military personnel and more than 170 Afghan civilians.

Reed, the creator of HBO/Channel 4’s explosive Leaving Neverland doc and numerous award-winners, said his Amos team is well suited to the sub-genre of documentary that “takes a big international event that shocks the world and sends ripples through history but is over very quickly.” with Four Hours at the Capitol, he took a similar approach.

“The words ‘immersive’ and ‘engaging’ are a bit overused but that’s what people look for who have lived through these moments in history,” said Reed. “There is a fundamental curiosity about the real world as we can be so isolated by echo chambers. So we want our stuff to be accessible and when there’s drama, action or life-and-death situations we take the opportunity.”

The pair heaped praise on the trio of international co-producers, who realized “this was an international story from the start” although it is “very much told through the eyes of the Americans,” according to Roberts.

he hopes Escape from Kabul Airport will focus people’s attention back to the plight of Afghanistan under Taliban rule.

“There were a few print journalists still there while we were filming but hardly any,” he added. “Ukraine definitely took over the news cycle quite quickly. Those conditions are interesting as a filmmaker.”