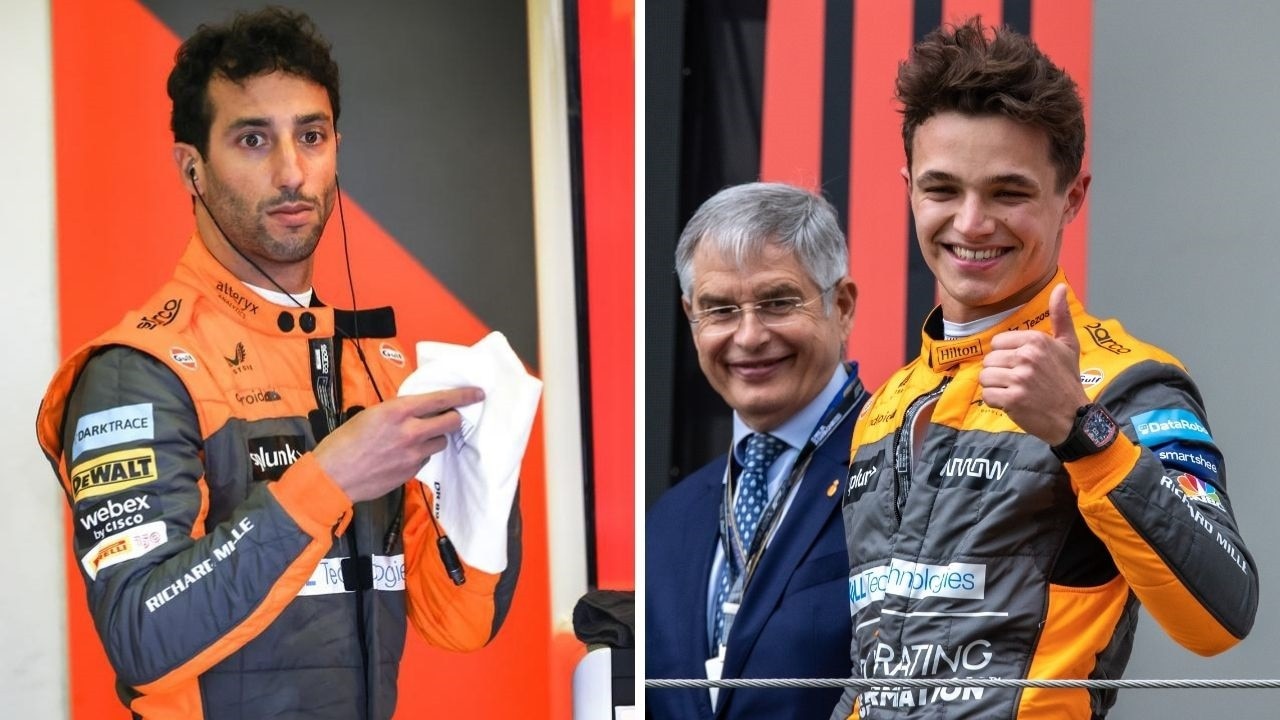 Daniel Ricciardo is being smashed in every department by his younger teammate and everyone in the F1 community knows it.

Jordan, the former owner of F1’s Jordan Grand Prix team who transitioned into analysis and punditry, delivered a brutal assessment of how life has been for Ricciardo in papaya.

“He’s letting races flow by and you very seldom get a chance to claw this back,” Jordan told Channel 4 in the UK.

“I think I’d be watching his career path from now on, because I’m not sure how much further he can go.

“Lando is destroying him, mentally, physically and on the track.

“And when you have that kind of a scenario inside of a team, it gets to you.

“He needs to shake it up immediately.”

Ricciardo struggled to adjust to his new car last year and finished eighth in the drivers’ standings, two spots bellow Norris. There have been precious few signs of improvement in 2022, apart from a sixth-placed finish at his home grand prix in Melbourne.

His next best result after that was 12th at the Spanish Grand Prix — where he dropped from ninth on the grid. A disappointing 14th-placed finish in Monaco last weekend leaves Ricciardo languishing at 11th in the championship, while Norris is seventh.

The British young gun has 48 points in 2022 compared to Ricciardo’s 11. Norris has finished inside the top 10 in five of seven races this year, including a podium finish at the Emilia Romagna Grand Prix.

Ricciardo is contracted with McLaren until the end of 2023 but Brown recently hinted at a get-out clause that could see the Honey Badger cut loose early if poor results continue.

Former F1 world champion Jacques Villeneuve said after another grim weekend in Monaco McLaren will look to move on without Ricciardo.

“Daniel Ricciardo’s time at McLaren is over,” Villeneuve wrote in his exclusive column for Formule1.nl.

“CEO Zak Brown is now saying that there are clauses in his contract, and that means that a decision has almost been made. It’s a way to put the pressure on the driver and prepare the media.

“Ultimately, he has been a highly-paid driver who has cost the team a lot of money. He doesn’t bring in any points and he doesn’t have the speed the team needs to develop the car. So he’s just costing them money.

“It would be cheaper for them to continue paying Ricciardo’s salary, let him sit on the couch at home and put another driver in the car. It’s a harsh reality, but that’s Formula 1.”

Villeneuve’s comments came after Ralf Schumacher, the brother of seven-time world champion Michael Schumacher, said he wouldn’t be surprised if McLaren gives Ricciardo the flick with a year left on his contract.

“At McLaren, there are … rumours,” the pundit told Sky Germany on the weekend.

“The rumours, as well as the statements in the team, are getting louder. He’s just too far away from his teammate.

“I’m curious how the future looks for him. It will be quite difficult for him.”