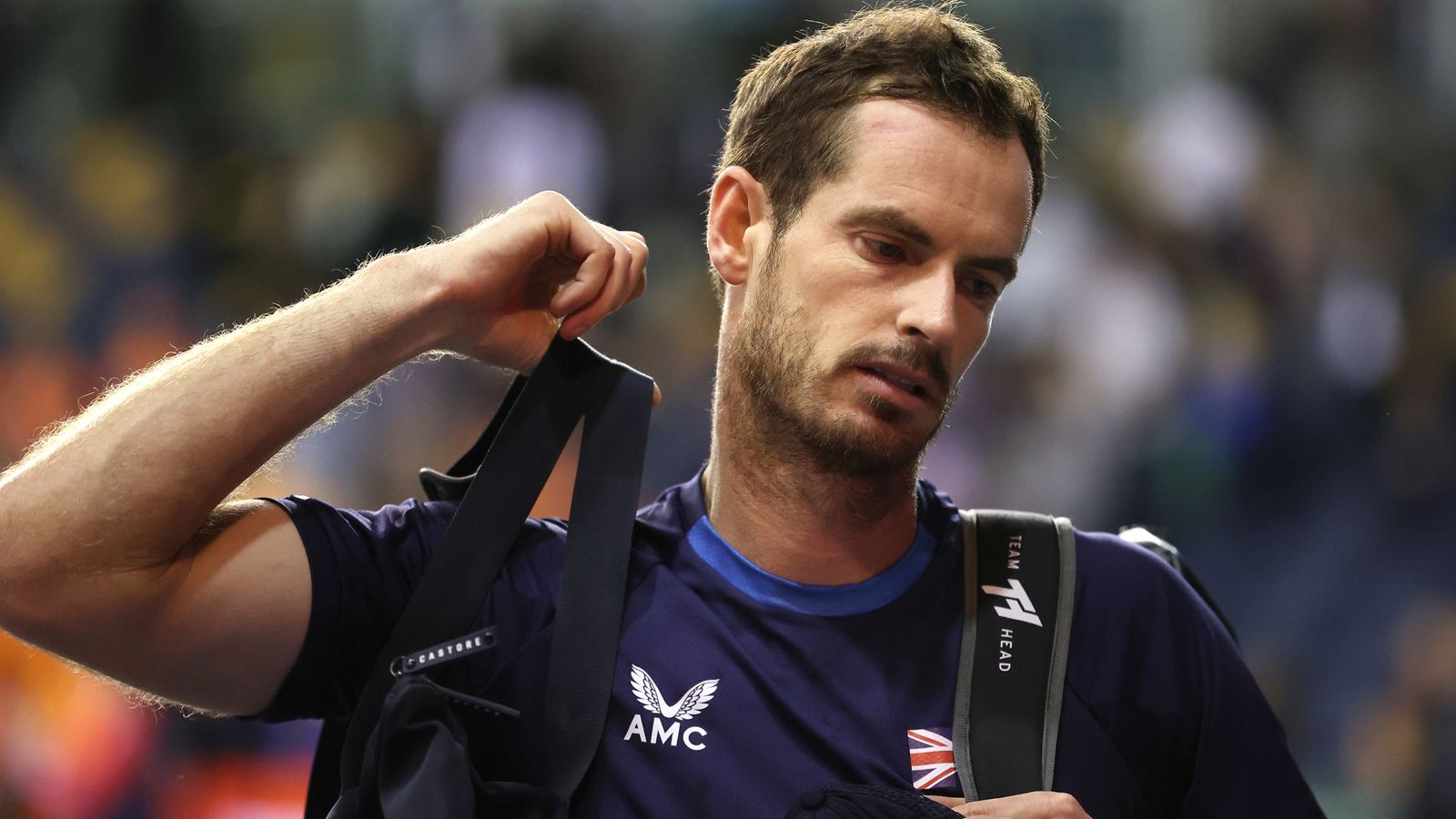 Great Britain crashed out of the Davis Cup in Glasgow on Friday as the Netherlands won a deciding doubles rubber to end the hopes of Andy Murray and his team-mates.

Dan Evans gave Britain the perfect start with a straight-sets victory over Tallon Griekspoor, then Cameron Norrie could have sealed the tie with victory over Botic van de Zandschulp but was well beaten 6-4 6-2 to send it to a deciding doubles rubber .

The start to the tie was again a sombre affair, with a minute’s silence before the national anthems and a lone piper providing the only background music.

Murray and Salisbury made the perfect start with a break of the Middelkoop serve in the opening game but they were unable to hold onto their advantage, with Salisbury dropping serve in the eighth game.

The Dutch then played a brilliant tie-break, winning seven straight points, and the second set also went all the way, with no breaks of serve through 12 games.

The tension ramped up as the finish line grew closer to the Dutch and they had a match point at 5-6 but Salisbury saved it with a fine serve and the British pair then took their first chance with a big slice of luck via a net cord .

Players, team and supporters celebrated joyously but they still had to win the decider and, after missing chances at 3-3, Salisbury dropped serve in the next game, leaving Koolhof to serve it out for a famous victory.

Norrie had scrambled his way to victory over Taylor Fritz on Wednesday but this time was unable to recover from a bad start against Van de Zandschulp – a player he beat easily in Montreal last month.

The world No 8 hasd to find his game on the very slow Glasgow court and was second best throughout against the Dutchman, who served 13 aces.

Norrie was extremely disappointed with his performance, saying: “He was better than me. I just gifted him two service games. He didn’t really have to do much to break me in the end. That’s not a player that’s of my ranking, and that’s me on a really bad day.

“That’s not the level that I’m capable of. I’m disappointed with that. It was a huge match for us, another must-win match.”

Evans, who lost a high-quality clash with the American Tommy Paul, was tested by Griekspoor on the very slow hard court but was the stronger in the big moments in a 6-4 6-4 win.

It was an important win for Evans, who has suffered a number of narrow losses in Davis Cup, and he said: “It’s an amazing atmosphere, I love playing in Britain, especially here in Glasgow. It was an amazing match. I’m just pumped to get through for everybody else.

“He served incredibly well. It’s sometimes frustrating. I thought I did well keeping calm and getting through.”

Evans is ranked 23 places above Griekspoor but the Dutchman has climbed into the top 50 this season on the back of a remarkable unbeaten run of 28 matches at the end of 2021 and beginning of 2022.

Griekspoor used his extra power, particularly on the forehand, to press Evans in a long eighth game but the British No 2 held firm and then took his opportunity in the next game.

He managed to keep Griekspoor at arm’s length, saving the only break point he faced in the second game of the second set, before breaking again in the seventh game and taking his third match point.

US Open champion Carlos Alcaraz crashed to defeat on his debut as world No 1, losing 6-7 (7-3) 6-4 6-2 to Canada’s Felix Auger-Aliassime in their Davis Cup Finals group-stage clash on Friday.

“It’s a big win for me and for the team,” Auger-Aliassime said. “For me, because Carlos is the new number one. But he made a big effort, so we have to pay him respect for flying across the Atlantic and coming here to play – credit for that.

“I think I showed at the end I was a bit better in the third set and I gave it all.”

Australia and Germany progressed in Hamburg thanks to the hosts’ victory over Belgium, while Italy are in pole position in Group A after beating Argentina.