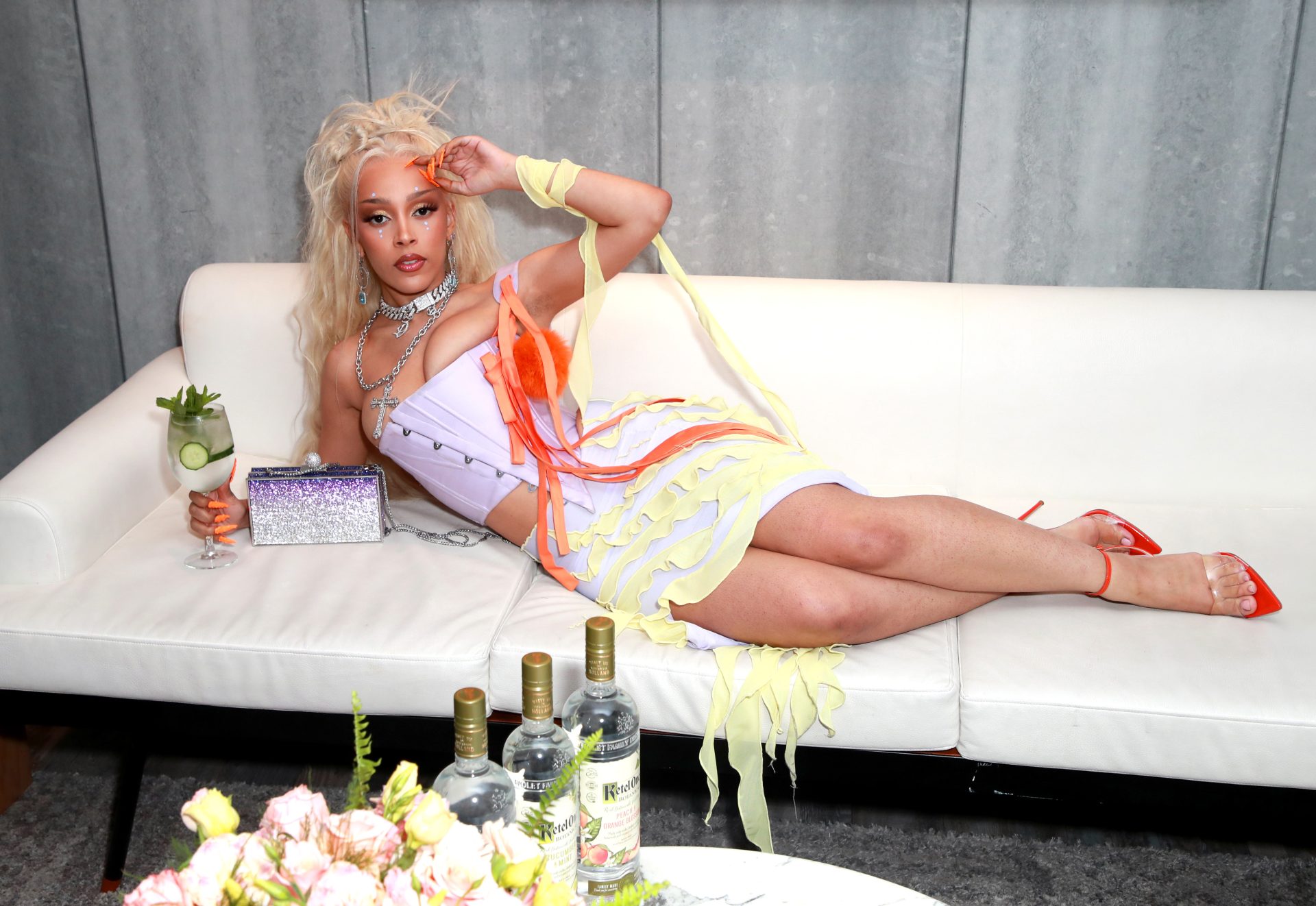 doja cat is a rap superstar who showcases a “quirky” public persona with millions of internet followers, but there’s no denying that she has sex appeal. The “Planet Her” rapper shared several bikini-clad selfies while sporting a teeny, peach g-string and left lots of tails wagging.

Doja sported a skimp peachy-pink swimsuit and turquoise platforms in the head-turning selfies. The 26-year-old single lady turned her backside toward the camera, showing off a view of the tiny bikini string nestled between her cheeks in a crop body portrait for Twitter. The “open for a surprise” moment shocked her Twitter followers and quickly attracted many fan reactions.

In music related news, Doja Cat has added another gold plaque to her collection with her “Freaky Deaky” collaboration featuring Tyga. The song surpassed 500,000 sales in the US on Monday. Doja now has gold records and five platinum plaques total.

In a recent interview with she for a cover story, Doja Cat also revealed that she’ll be sticking to her rap roots for her next album. The publication confirmed that Doja Cat intends to deliver a new album for fans featuring “predominantly” rap music. All she has to do now is start recording.

“I haven’t started just because of all the rehearsal and touring. I’ve got a lot going on, but it’s coming up,” she assures me. “I have been getting songs and things sent to me…. Oh fuck, I wish I could tell people! There’s some really cool stuff that I got felt from friends. They’re all working on beats, and I’m giving them notes and they know what I want, so I’m excited.”