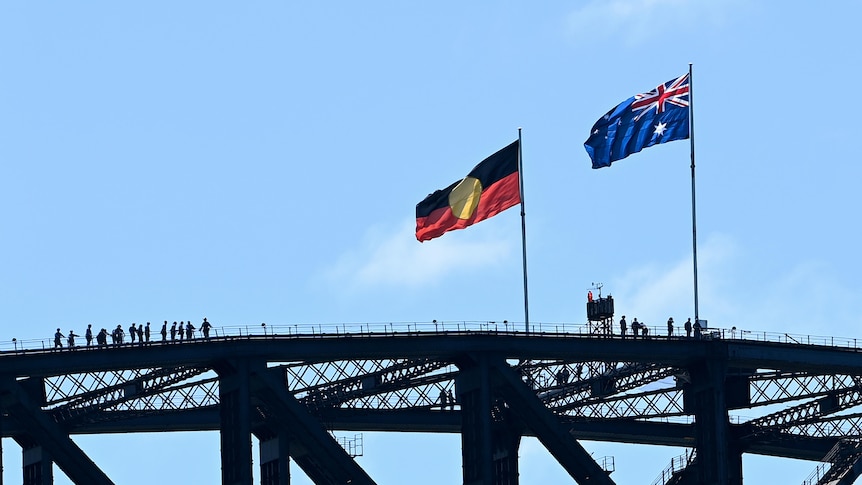 NSW Premier Dominic Perrottet says the estimated $25 million to permanently install the Aboriginal flag on the Sydney Harbor Bridge is a “small price to pay” for unity.

Mr Perrottet said he is not sure why the project costs are so much, but backed it as an “important decision” for state.

The state government announced that costings to fly the flag year-round on the Sydney landmark will be included in next week’s budget.

Funds have been allocated to install a 20-metre-high third flagpole at the bridge’s summit, with the aim of being completed by late this year.

At a press conference, Mr Perrottet was asked how the government arrived at its $25 million price tag.

“I’m even surprised it takes this long. I mean I made the announcement a while ago and the first brief that came back was that it takes two years to do.

“I’ll go to Bunnings myself and climb up there and put the pole up.

“But apparently it does, apparently that’s the costing, and I think that it’s an important decision that we’ve made.

“I think it brings unity to our country and I think it’s a small price to pay for that unity.”

Former premier Gladys Berejiklian had resisted calls for the flag to be permanently flown during her tenure.

The plan was formally announced by the government in February, and came after a petition led by Indigenous artist Cheree Toka which gained 177,000 signatures.

The Aboriginal flag will fly alongside the Australian flag and the NSW flag atop the iconic structure.

It had previously only flown for 19 days per year.

The government said complex engineering is required to support the new six-storey flag pole and 9m by 4.5-metre-flag.

“I am so excited we are one step closer to the Aboriginal flag finally being flown on the Sydney Harbor Bridge permanently, 365 days a year, seven days a week,” he said.

“We are incredibly proud to be working in partnership with Aboriginal stakeholders on both symbolic and practical reconciliation.”