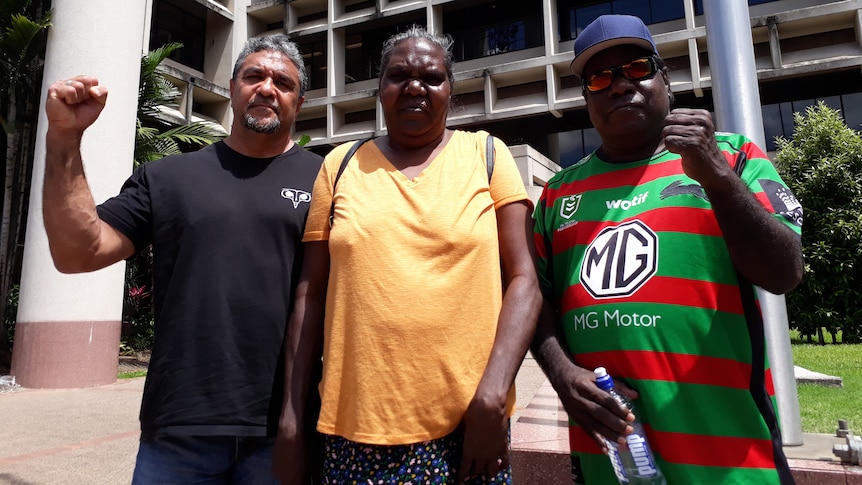 The families of three Indigenous women once again made the 1,000-kilometre trek from Doomadgee to Cairns this week in search of answers.

Aboriginal and Torres Strait Islander readers are advised that this article contains images and names of people who have died.

Their families say their deaths could have been prevented and their care was impacted by systemic racism.

A coronial inquest in Cairns investigating the women’s deaths is now in its final sittings.

This week Samuel Stevens, who reviewed the community’s health system, said many aspects did not conform to “good practice”.

Dr Stevens, the acting director of medical services in the South Burnett, said the expectation at the time the women died for doctors at Doomadgee Hospital to be on call 24 hours a day for seven days was not normal.

It is no longer expected in Queensland Health.

“It’s too risky as patient safety and fatigue management,” he said.

Dr Stevens said the absence of a dedicated RHD team was “absolutely not” satisfied in a town with a population as large as Doomadgee and as many RHD cases.

Several doctors also told the court about evidence of “medical paternalism” in how the women and Doomadgee community were treated.

He said the use of expressions like “non-compliance” and “failure to attend” had the potential to create stigma and decision-making bias against a patient when used in clinical notes.

Medical adviser and Kabi Kabi man Mark Wenitong said there was a need to make systems and processes culturally safe for Indigenous populations.

“The solution is decolonising the system,” Dr Wenitong said.

“Getting input [from the community] right from the start, as opposed to endorsing something that someone else has already designed, which may or may not work.”

He said developing housing and the economy were vital long-term solutions.

Coroner Nerida Wilson questioned an internal review Queensland Health conducted into the care one of the women, Betty, received.

The review by Joy Savage, a former executive director of Aboriginal and Torres Strait Islander Health with the Cairns and Hinterland Hospital and Health Service, found concepts like patient-centred care within an Aboriginal context were poorly understood.

But Coroner Wilson asked Ms Savage why neither doctor on shift the day Betty died was spoken to and why she was unaware of one doctor said they didn’t have access to electronic health records for several hours on the day of Betty’s death.

“That is different to the information we had at the time and obviously more information has become available since then,” Ms Savage said.

“That information was always available. It’s just that the reviewers did not speak to either of the doctors.”

The coroner said the information was critical and was concerned the investigation had gone ahead without it.

The inquest has previously heard from doctors and nurses who treated the three women as well as impassioned statements from family members.

At the end of the week’s proceedings, Ms Sandy’s husband, Edgar Sandy said the family was exhausted.

“We’ve got to get this message out for everyone to hear.”

Kaya’s mother Weenie George said she felt the message was starting to get through.

“Now, all these things we’ve been through, they’ve been seeing us,” she said.

Alec Doomadgee, Ms Sandy’s brother and Kaya’s cultural father, said he’d come away from this week’s sittings with a lot of hope.

“Hearing the judge speak the way she has this week has really given me hope and inspiration to keep speaking our truth,” he said.

“But the message is what we are no longer asking, we are telling you.

“We’re telling you that all parts of government has an undertone of racial profiling, racial vilifying, stereotyping, and it’s embedded in the fabric of Australian society and we need to address it in order to cleanse ourselves and heal ourselves,

Mr Doomadgee said among all the discussion and legal argument, it’s important the “three beautiful lives” at the center aren’t forgotten.

“These were real people who were loved and admired and respected,” he said.

“We’re here being their voice and it’s only because of them that we were so driven to bring justice.”