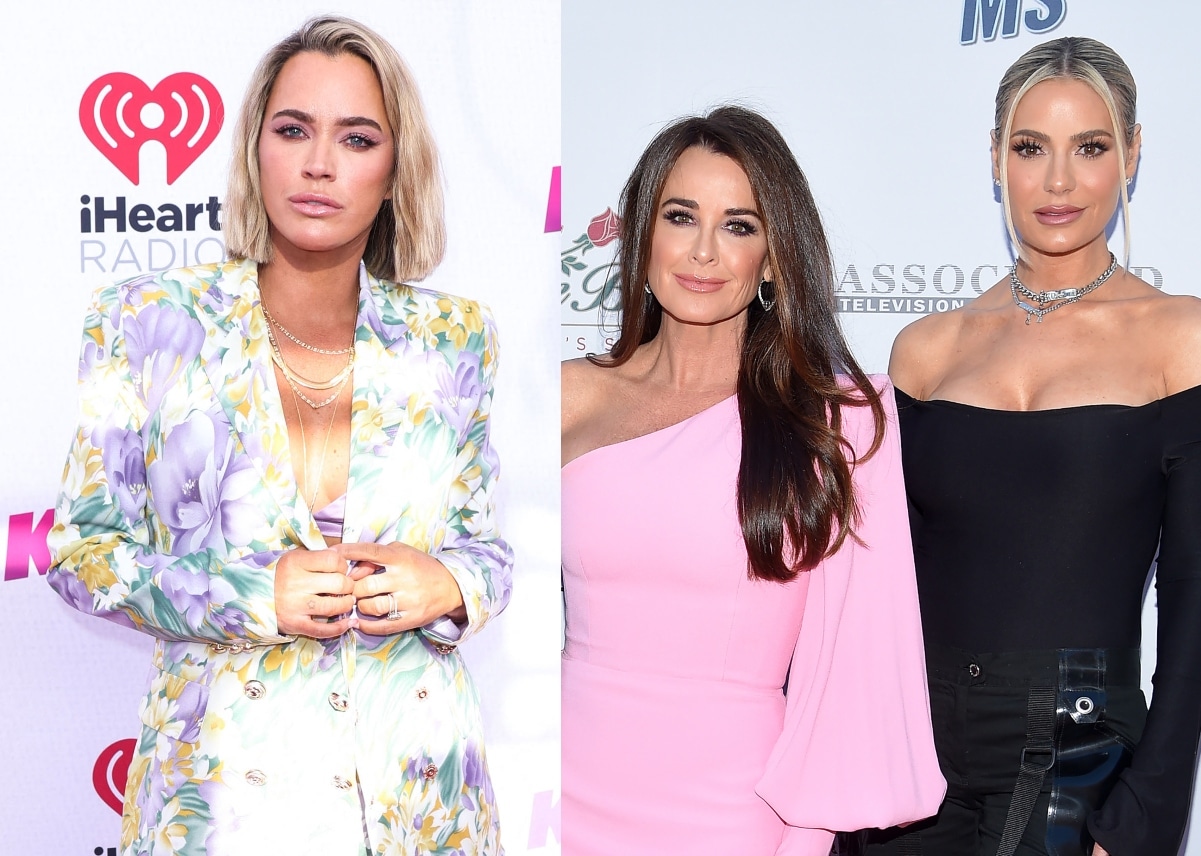 On the latest episode of Real Housewives of Beverly Hills, Dorit Kemsley stood up for Erika Jayne, who faced a firing squad of questions from her fellow castmates. Then, with the ultimate sin, Doritmitting declined to visit the hat shop, choosing instead to stay with Erika.

However, when Dorit discussed her decision with Kyle Richards (who orchestrated the trip), Dorit suggested Erika was crying uncontrollably and needed a friend. Kyle, who also decided to cry, said the hat shop was extremely important to her.

“You all know I love Dorit,” said the 41-year-old, who was fired from RHOBH in 2020, “but she is straddling the fence so hard, she’s going to need a tetanus shot.”

Her co-host Tamra Judge (the current castmate on Real Housewives of Orange County) then chimed in, “Or maybe episiotomy stitches.”

Teddi laughed in shock before responding, “No, ma’am.”

A clip of Teddi and Tamra’s exchange was shared by the hosts via twitter with the following caption: “Do you prefer a Housewife who straddles the fence or says their OPINION?”

new @TwoTsPod is out now and we’re recapping #RHOBH. Do you prefer a Housewife who straddles the fence or says their OPINION of her? 😉 pic.twitter.com/xJoIoHoT0n

The hosts surprised many fans with their comments as they often support Dorit. Certain viewers, however, claim that Teddi defends Kyle to the ends of the earth regardless of her friend’s behavior.

Perhaps her alliance with Kyle overpowers any treaty with Dorit.