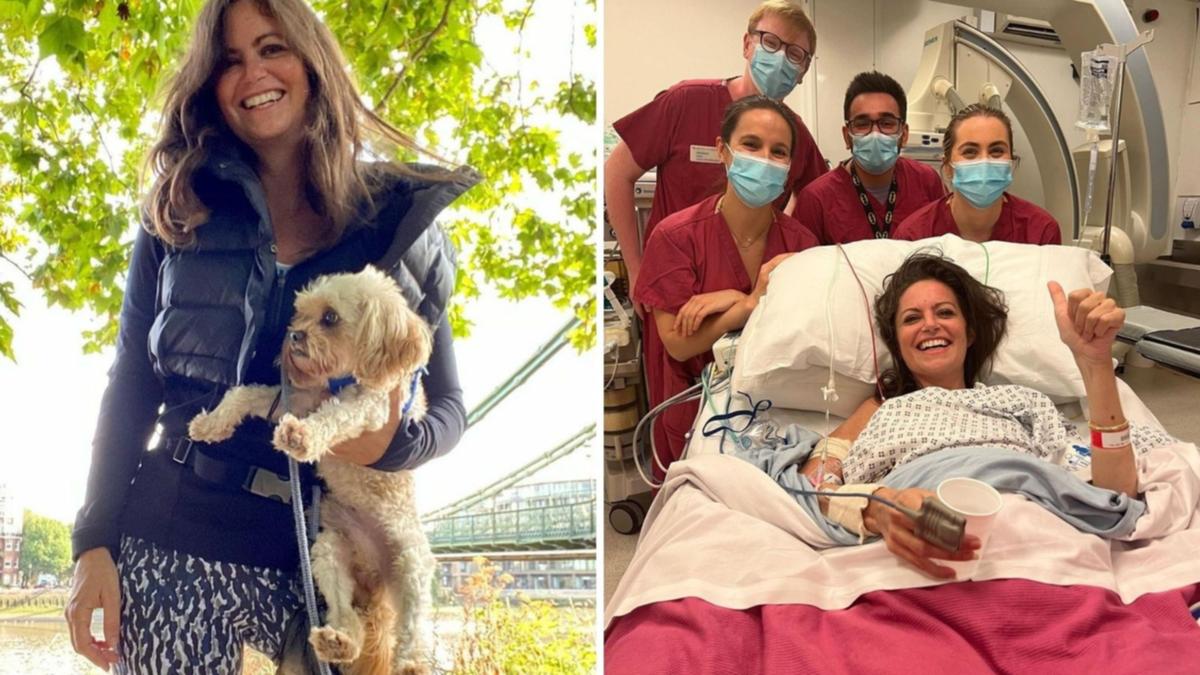 A dying mum has given her final TV interview before cancer takes her life – telling of the heartbreaking conversations she has had with her kids.

British journalist Deborah James, 40, who hosted the BBC podcastYou, Me and the Big Cspoke to the broadcaster after telling fans she had “no choice but to surrender to the inevitable”, and that she had been moved to end-of-life care at home.

WATCH IN THE VIDEO ABOVE: Deborah in her final TV interview

“I have a really loving family who I adore. Honestly, they’re incredible and all I knew I wanted was to come here and be able to relax knowing that everything was OK,” Deborah told BBC Breakfast’s Graham Satchell.

“I’ve had some really hard conversations during the last week.

“You think, ‘Gosh, how can anyone have those conversations?’ and then you find yourself in the middle of them.

“And people are very nice, but you’re talking about your own death and I’ve had five years to prepare for my death.”

“The thing that I know, because I trust my husband – he’s just the most wonderful man and so is my family and I know that my kids are going to be more than looked after and surrounded by love,” the mum said.

On Monday, the mother of two launched Bowelbabe, a cancer research fund aimed at helping others facing similar situations.

“Ultimately I don’t want any other Deborahs to go through this,” Deborah told the BBC as she revealed how she felt about the huge success of the fundraiser.

“It just means so much to me. It makes me feel utterly loved.

“It makes me feel we’re all kind of in it at the end together.”

A day before she gave her last, heartwrenching TV interview, Deborah conceded in a candid social media post that her body “simply isn’t playing ball” any more.

“The message I never wanted to write. We have tried everything, but my body simply isn’t playing ball,” she wrote.

Dying journalist pens final goodbye post after grueling cancer battle: ‘I do not want to die’

“My active care has stopped and I am now moved to hospice at home care, with my incredible family all around me and the focus is on making sure I’m not in pain and spending time with them.

“Nobody knows how long I’ve got left but I’m not able to walk, I’m sleeping most of the days, and most things I took for granted are pipe dreams.

“I know we have left no stone unturned. But even with all the innovative cancer drugs in the world or some magic new breakthrough, my body just can’t continue anymore.

“In over five years of writing about how I thought it would be my final Christmas, how I wouldn’t see my 40th birthday nor see my kids go to secondary school – I never envisaged writing the one where I would actually say goodbye.

“I think it’s been the rebellious hope in me.

“But I don’t think anyone can say the last six months has exactly been kind! It’s all heartbreaking to be going through but I’m surrounded by so much love that if anything can help me through I hope that will.”

Talking about her Bowelbabe fund, Deborah asked people to “buy me a drink to see me out this world” by donating the cost of it to the fundraiser.

“Right now for me it’s all about taking it a day at a time, step by step and being grateful for another sunrise,” Deborah concluded.

“My whole family are around me and we will dance through this together, sunbathing and laughing (I’ll cry!!) at every possible moment!

“You are all incredible. Thank you for playing your part in my journey.”