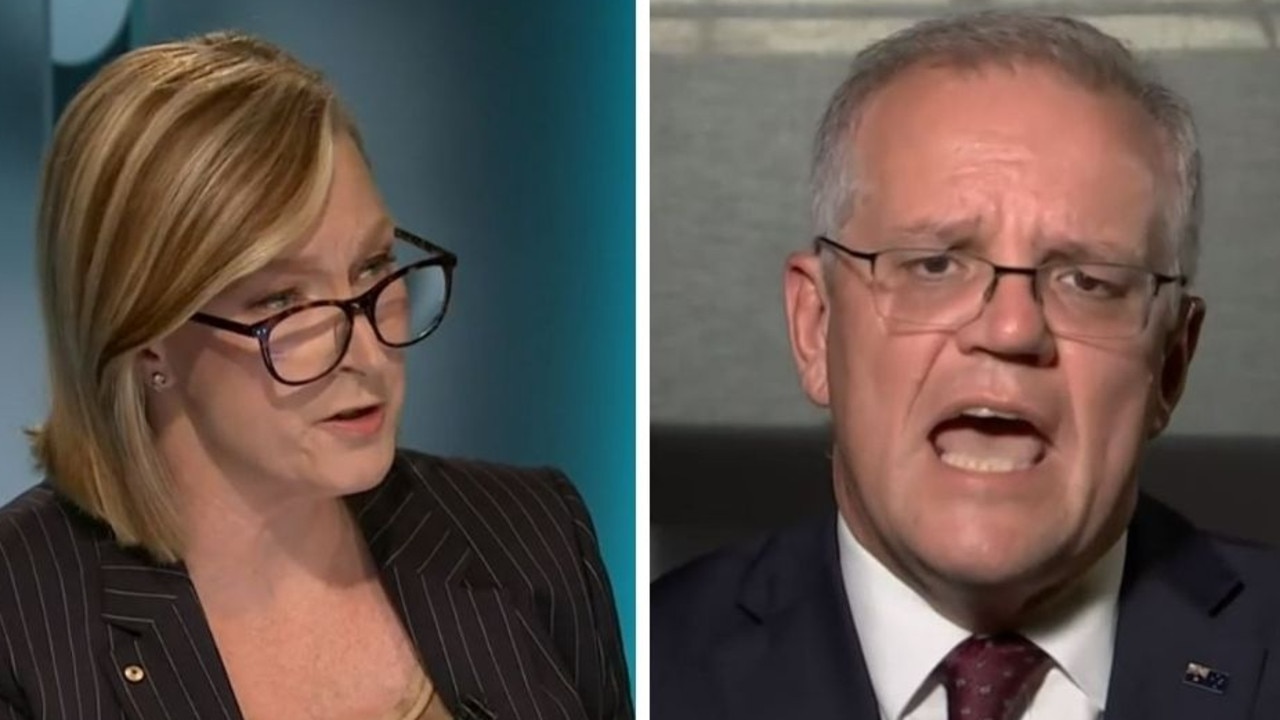 Scott Morrison finally agreed to a grilling by the ABC’s Leigh Sales in the final election week but there was one question he said he wouldn’t contemplate.

Scott Morrison and Leigh Sales went head to head finally on 7.30, with just days to go before the election wraps up.

The ABC presenter grilled the Prime Minister over the Coalition’s new Super Home Buyer Scheme after critics suggested the plan to alleviate stress on first homebuyers would in fact drive up house prices.

But there was one question, on his future, that Mr Morrison refused to be drawn on. “I’m not contemplating that,” he told his host.

Appearing on the ABC flagship showMr Morrison was questioned on the alleged so-called “sports rorts” scheme and his recent admission he can be a bit of a political “bulldozer”. But Sales focused on the Liberal Party’s move to allow home buyers to dip into their superannuation to pull together a deposit.

Under the scheme, buyers can now take as much as 40 percent of their retirement investment to purchase their first home.

“What’s the point of a policy that makes already insane housing prices even worse?” Sales asked.

Mr Morrison said the key thing that impacts housing prices “is supply of housing” and promoted the idea of ​​more Aussies owning homes to “invest in their futures”.

“I mean, our housing market, each year, (is worth) totals $687 billion. This measure affects up to 1 percent of it,” Mr Morrison said. “The suggestion this will have any sort of significant impact, I don’t think bears up to scrutiny.

“What this does is enable people to have scroll over their own money, to help them buy a home, when they go to retirement, they will be better off.

“When they buy that home, they’ll have lower mortgage payments because they’ve got more of a deposit to help them get through.

“This is how you help people with cost of living. You let them use their own money. You don’t lock it away from them. They should be in control of it. It’s theirs.”

On Monday, Opposition Leader Anthony Albanese said the scheme was an “attack” on future savings and future generations.

“If you gut people’s super savings, that means down the track more people are dependent upon the pension, more pressure on budgets in the future – that’s what it’s about,” Mr Albanese told reporters in Perth.

“But this Government, every opportunity they have to attack super, they do so.”

Question Morrison would not answer

Mr Morrison dodged a question on the possibility of a hung parliament and refused to say if he’d step down if the Coalition lost the election.

“Looking ahead to Sunday, if the Coalition has lost, can we take it as a given you’ll be standing down as leader?” Sales probed.

Mr Morrison, who has prided himself in the past for thinking to the future, said he wasn’t speculating on the ramifications of a loss in the election, which takes place in five days.

“I’m not contemplating that on being a scenario,” he said, as Sales pressed the issue of a hung parliament.

“Would you be prepared to stand aside to give a new leader a fresh slate and chance to negotiate with those people to keep the Coalition in government?” she asked.

“No, I’m not speculating on these scenarios, Leigh. Because my scenario, the scenario that my team is working for, is not to have a weakened parliament,” the Prime Minister responded.

“To not have a government that has to negotiate for its existence every day. If I had to do that, Leigh, over the last three years, Australia would not be in a stronger position than we are today. We would be in a weaker position. People would be worse off. I want to avoid that.”