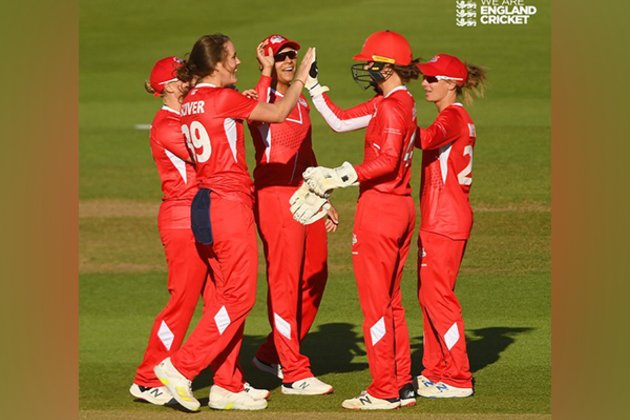 London [UK]September 21 (ANI): England Cricket Board announced (ECB) the schedule of the multi-format women’s Ashes series, including the first-ever five-day Test match for the England women’s team on home soil.

The Test will be held at Trent Bridge, starting on June 22, 2023, and will be the first match of a multi-format points-based series. Next part of the Ashes campaign England will play three T20I, starting on July 1 at Edgbaston, while the second match will take place at Kia Oval and the third at iconic Lord’s ground.

The teams will next move to Seat Unique Stadium, Bristol to play the first ODI of the three-match series on July 12. The second ODI of the series will be held at Ageas Bowl on July 16, while the third and last will take play at Cooper Associates County Ground, Taunton on July 18.

“England cricket teams will play at 16 venues across England and Wales against four touring nations, including the Men’s and Women’s Ashes against Australia,” ECB said in an official release.

“Next summer will be huge for England Women and England Men. There are few events more special in English sport than a home Ashes series and I know that Heather, Ben, and their teams, will be excited and driven by the challenge of regaining the Ashes,” Connor said.

“I am particularly delighted that we have announced our England Men and England Women’s fixtures side by side for the first time, meaning that supporters can enter the ballot or register interest for any fixture on the same day. June and July will be very special months for cricket in this country with the buzz of two Ashes series taking place simultaneously,” she further added.

“The women’s game continues to grow and we have clearly entered another phase in terms of the demand for elite women’s sport. We’ve seen record numbers flock to stadia for the second season of the Hundred. Now we want to give more fans the chance to watch England Women in person next summer as they compete for the Ashes on home soil,” said Connor. (ANI)